Little, a 6-foot-6, 224-pound freshman is a "Top 10 talent," according to ESPN's Jay Bilas. He was projected as a lottery pick in every mock draft. 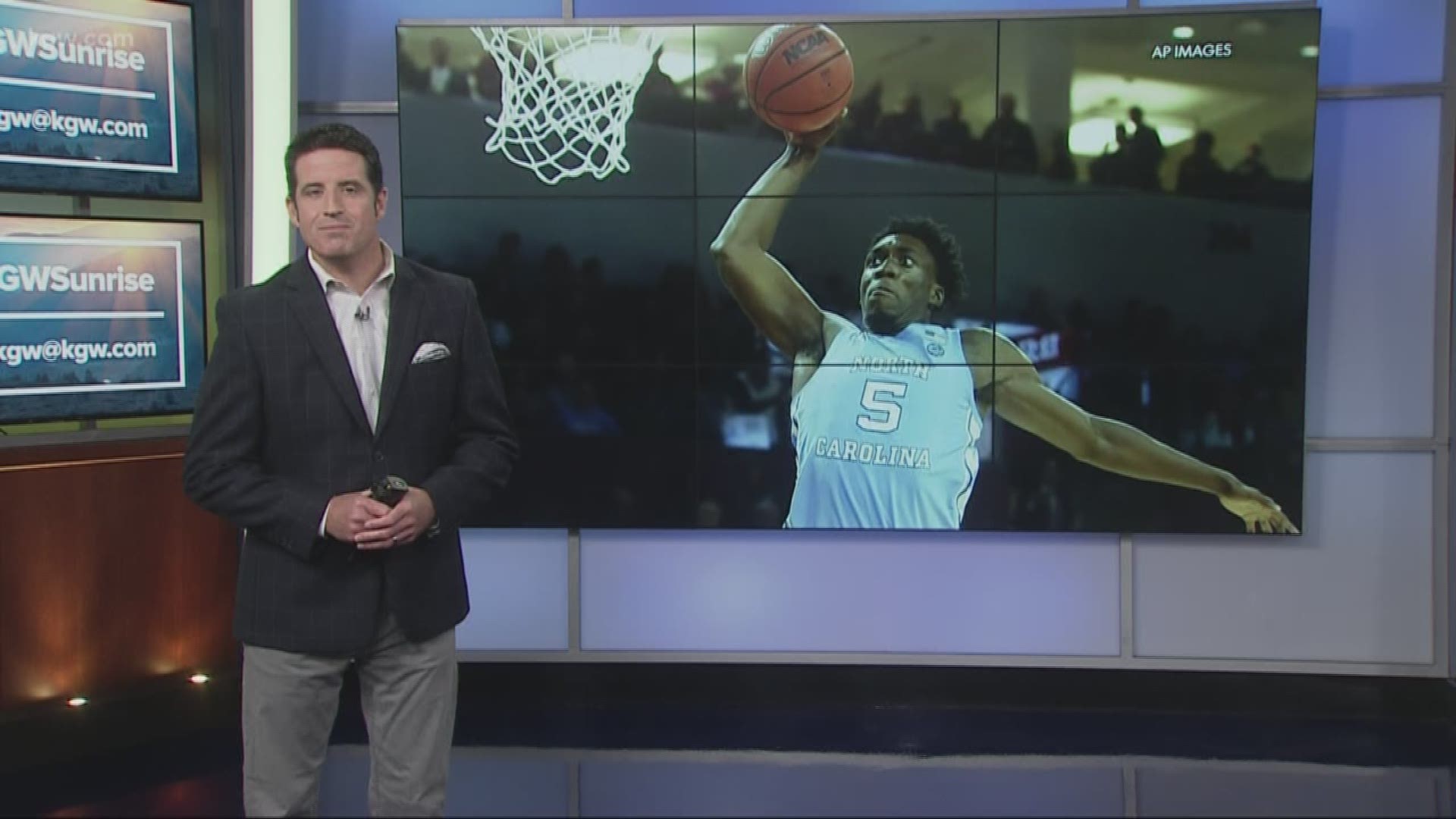 ESPN calls Little "a physical specimen," and the 19-year-old checks in at 6-foot-6 with a 7-1 wingspan and has good size at 224 pounds. He was the MVP of the McDonald's All-American All-Star game in 2018 and was a Top-5 recruit when he committed to the Tar Heels.

Little played behind senior Cameron Johnson, the 11th pick in the draft, during his freshman season. He averaged 9.8 points and 4.6 rebounds in 18.2 minutes per game, though he struggled from the 3-point line as a freshman, shooting 26.9% on 1.4 3-point attempts per game.

"The former top-five recruit saw his stock drop after an inconsistent freshman season, but he has appeared to have worked his way back into the lottery with a strong pre-draft process, particularly by showing better outside shooting potential," ESPN wrote in its mock draft, which had the Suns selecting Little with the 11th pick.

Little was a consensus lottery pick in every major mock draft. The Athletic and The Ringer both had him ninth; Sporting News had him 11th; Sports Illustrated, Yahoo Sports and CBS Sports had him 12th; and Bleacher Report had him 13th.

Little, after being drafted by the Blazers, said he'll play with a chip on his shoulder after slipping so far in the draft.

"My entire life, people always counted me out," he said. "I'm always overlooked, nothing's changed at this moment. Now I'm just going to have to shock everyone again, just like I have done at every other moment of my life."

Little said he didn't meet with the Blazers at the NBA combine and didn't work out for Portland because he was expecting to be drafted in the lottery.

"I'm so grateful for the opportunity," he said. "It's a blessing in disguise. ... I definitely think I'm going to be able to shock a lot of people in the NBA."

ESPN draft analyst Chauncey Billups said he was hoping the Blazers would draft USC shooting guard Kevin Porter, who ended up being drafted by the Bucks with the 30th overall pick, but had plenty of praise for Little.

"[Nassir] gives them a boost on the wing where they need some help," Billups said. "Nassir Little has a ton of promise. Plays with a chip on his shoulder. They'll love what he brings to the game."

VIDEO: Neil Olshey speaks to the media after the draft

Here's what ESPN listed as Little's strengths and areas for improvement:

Portland has no second round pick in this year's draft, though one report indicates they were trying to acquire one before the draft.

LISTEN: 3-on-3 Blazers podcast: Will Portland use their No. 25 pick or make a trade at the NBA draft?

Lillard expected to sign extension keeping him in Portland through 2025