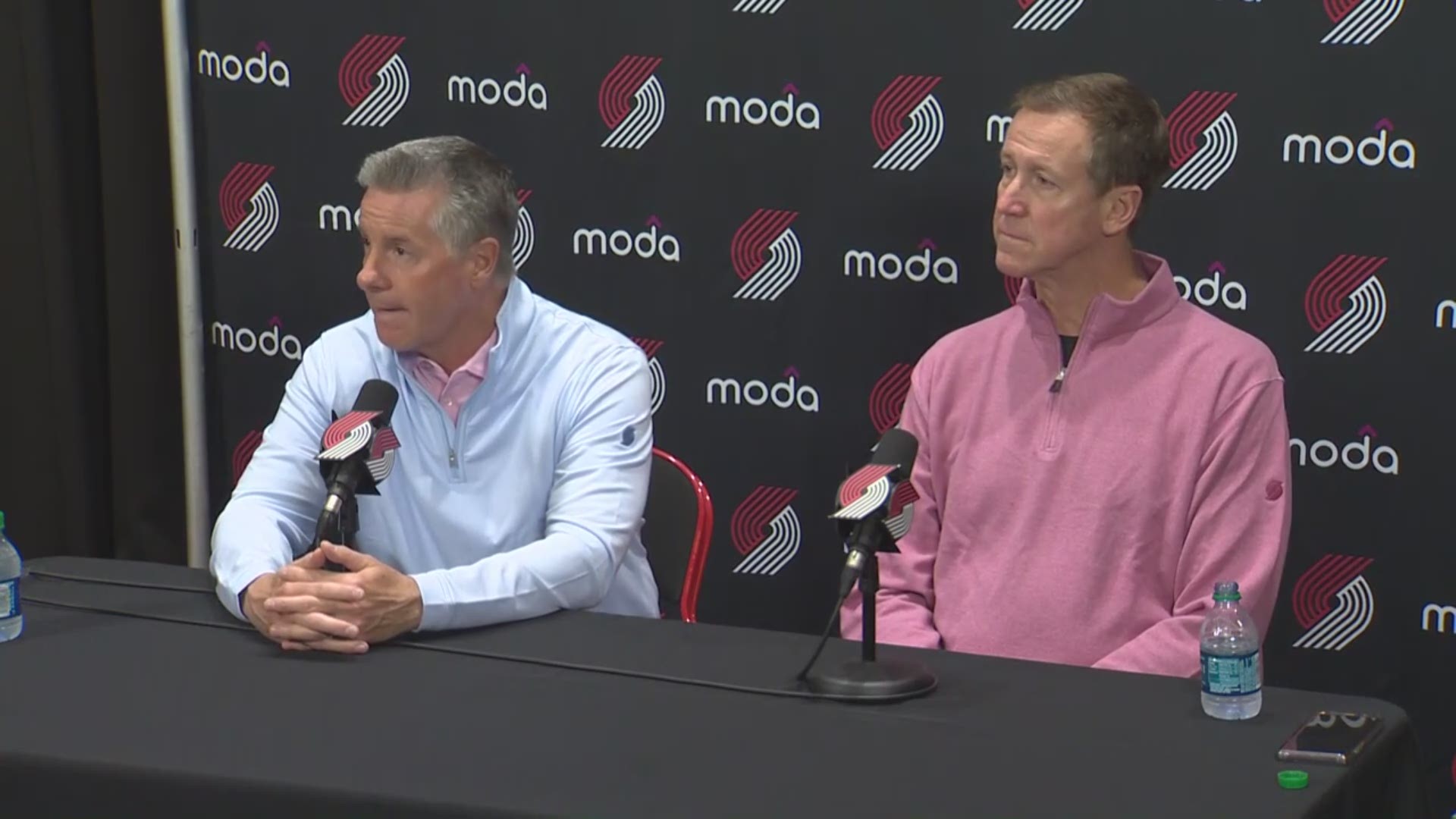 Blazers president of basketball operations Neil Olshey announced the agreement Tuesday during exit interviews, and the team confirmed on Friday the agreement is through the 2021-22 season.

"We win every year," Olshey said when asked what he likes about having Stotts as the coach. "But it goes beyond just wins and losses. It's alignment. It's partnership. It's knowing the organization is moving forward. It's a commitment to a longer-term view that there are priorities beyond just the next game."

Olshey also praised the ability of Stotts and his staff for its ability to develop players.

"Everyone that's come through has gotten better. At heart, you're hiring a coach to be a teacher," Olshey said. "As we see the league get younger and younger, there's such a value placed, especially in a market like Portland where we can't always buy our way out of trouble, on developing our young players and finding reclamation projects and developing them.

"When you look across the league, I don't know if anybody's had as much success as this staff of second-round picks panning out, guys that have flamed out elsewhere becoming contributing and integral players."

Stotts said the season the Blazers just completed was his most enjoyable as a head coach, and he said he's happy to continue teaching this team.

"I'm very happy here. I'm happy with the team. This year was probably the most enjoyable year as a head coach, as far as the group of guys that we had," Stotts said. "Personally, we've kind of gone through peaks and valleys over my tenure, and this is another peak. I couldn't be more happy that things have turned out the way they have personally and for the team."

There was no news on whether the Blazers' assistant coaches will also be extended. Two assistants, David Vanterpool and Nate Tibbets, have interviewed for head-coaching positions this offseason. Stotts said he hopes to see his staff return intact, but would be happy if any of his assistants are hired as head coaches in the league.

"I hope everyone's back, in a way, but David and Nate have been interviewing, so if at this stage in my career, I can have a coaching tree, that would be pretty special too," he said.