The OSAA also established a new calendar that sets three seasons from late December to late June with limited overlap between seasons. 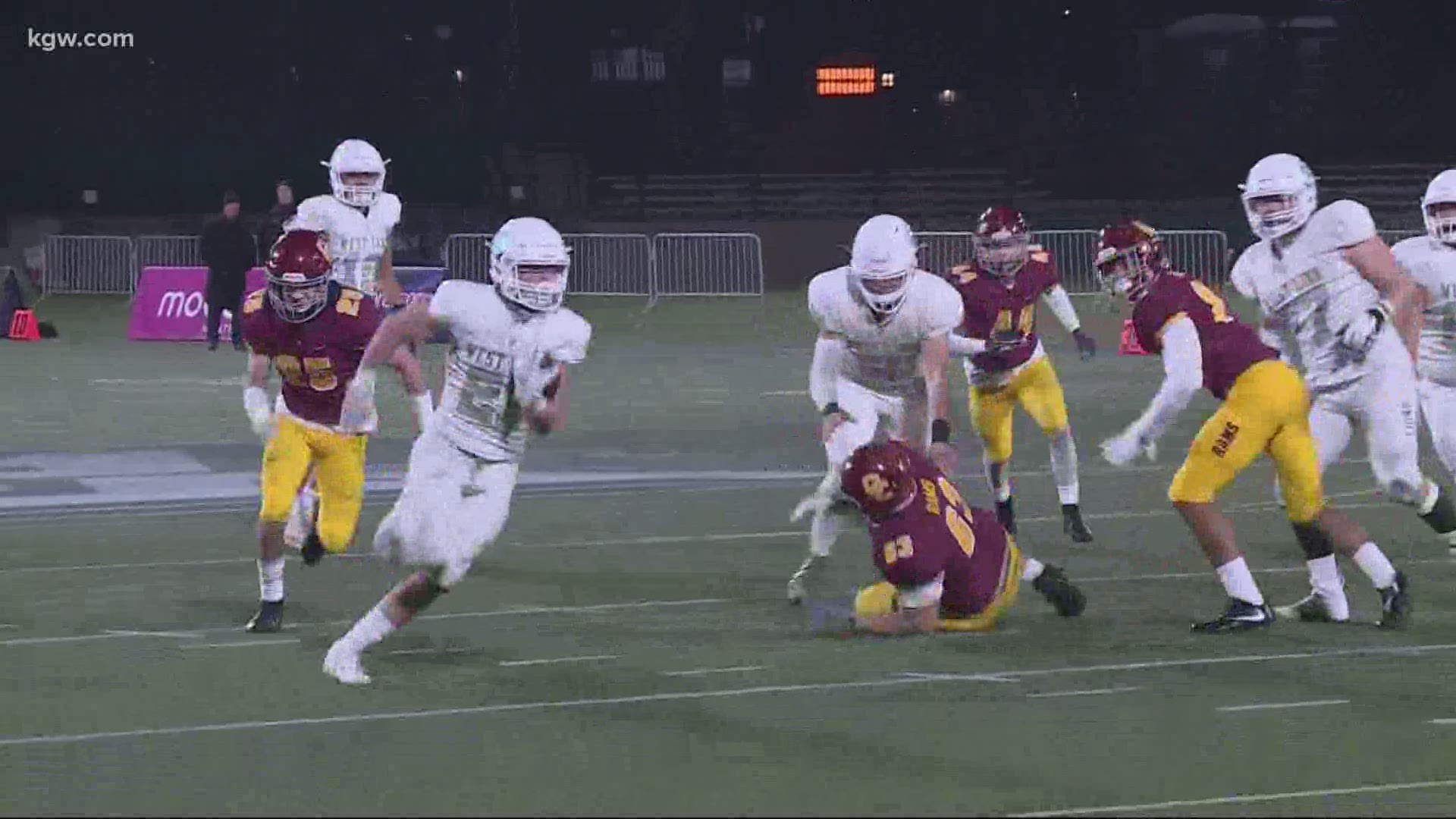 PORTLAND, Ore. — All Oregon high school fall sports, including football, have been postponed to March due to the COVID-19 pandemic. The executive board of the Oregon School Activities Association (OSAA), which oversees high school sports in the state, made the announcement Wednesday.

The board also voted to waive current out-of-season coaching policies to allow for student participation during the fall, which includes conditioning and practices and competitions. Participation can't be required and will be at the discretion of the local school district in those activities allowed per directives from the governor’s office, the Oregon Health Authority (OHA) and the Oregon Department of Education (ODE).

“Today’s decisions by the executive board provide a framework to maximize the potential opportunity for students in Oregon to participate in three seasons during the 2020-21 school year,” said Peter Weber, OSAA executive director. “The board recognized that a one size fits all approach isn’t what’s best for students across the state. By waiving policy to allow regional participation this fall, local school districts will have the discretion for participation in those areas that are able to do so safely per state directives.”

Click here for details about the new season schedule

The OSAA previously delayed the start of games for fall sports to the end of September. That decision came before Gov. Kate Brown released new safety metrics for schools to reopen. Once those new standards were released, most Portland metro area schools quickly opted for online distance learning to start the school year. The governor on Tuesday told KGW new back-to-school metrics may be in the works for parts of rural Oregon.

RELATED: Gov. Brown says new back-to-school metrics may be in the works for rural Oregon

Because many schools are starting the year with remote learning, the OSAA pushed back its sports calendar with the hope that students will be able to return to classrooms at some point in the school year.

"Shifting the season calendar later in the school year provides additional time for more schools to return to a hybrid or on-site learning format while providing flexibility for local school districts to make decisions this fall that are best for their school communities as health metrics and state guidance in this area continues to develop," the OSAA said.

Many parents throughout the state have pushed for the return of high school sports. But that push has come as COVID-19 continues to spread throughout Oregon and the state nears 20,000 total cases. Last week, Oregon reported 2,278 new cases, up slightly from the previous week. The state also reported an increase in deaths and hospitalizations last week, as well as a higher positive rate.