Gov. Brown says new back-to-school metrics may be in the works for rural Oregon 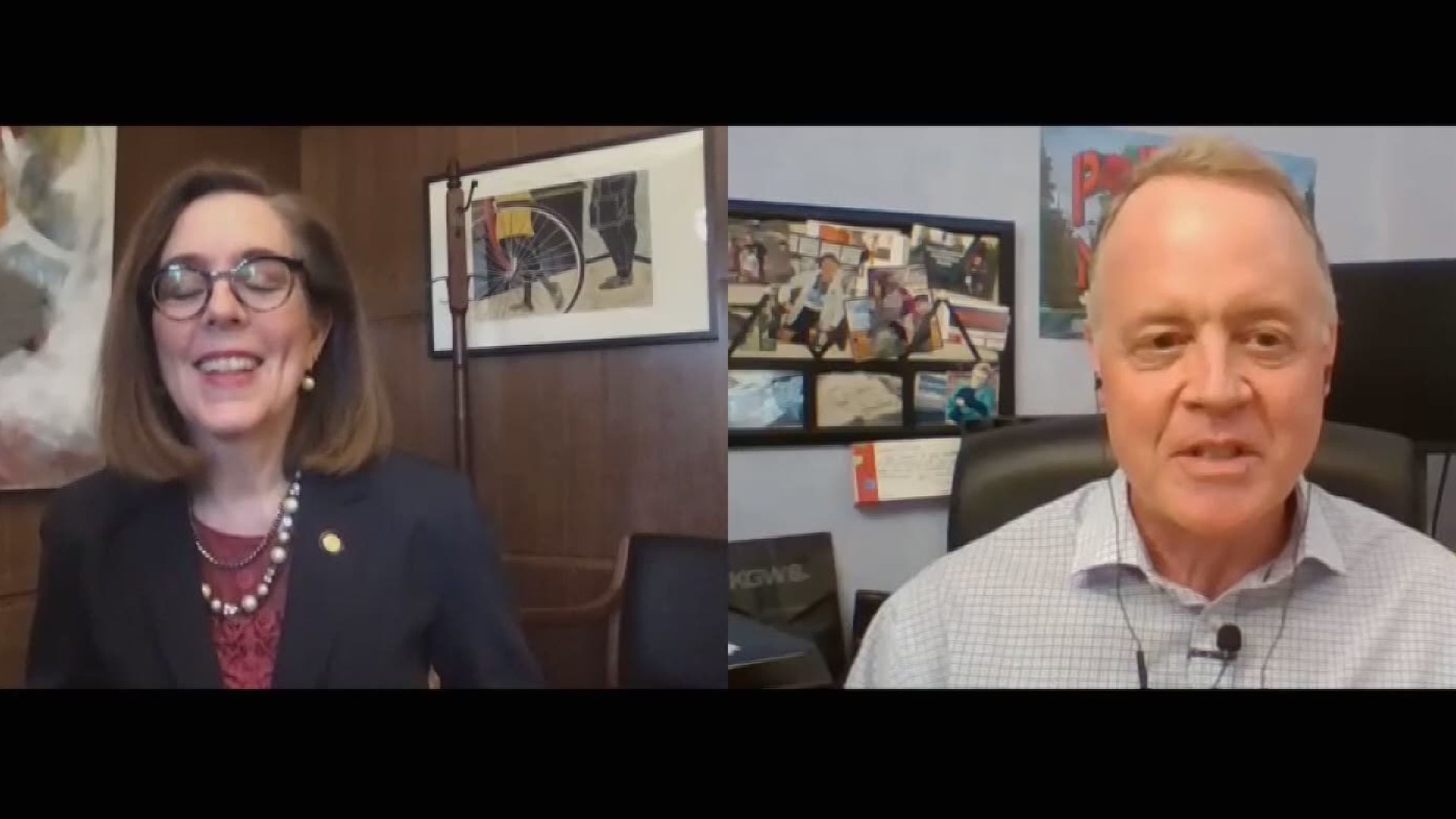 PORTLAND, Ore. — School kids in rural counties with low COVID-19 infection rates may get new, less stringent metrics to meet that would allow them to return to in person classes.

“We’re working with a group of legislators and county commissioners and public health officials in rural Oregon to see if we can’t come up with a new metric, a modification that will allow them to get more of their kids back in school given the low numbers of the virus they have in that region,” said Gov. Brown.

She did not rule out a change for the Portland metro area schools.

“We're going to continue to have conversations with public health experts and epidemiologists, physicians and nurses," she said. "Again, we want to make sure that students and teachers can stay safe and we also want to make sure kids get a good, quality education."

Raw interview: Gov. Kate Brown on COVID-19 in Oregon and protests in Portland

She said the state is not doing enough testing yet, even though it ramped up considerably over recent months.

Last week, more than 35,000 tests were run in Oregon, down from the two weeks before, but way up from two months ago when 14,000 people were tested per week.

The governor said it will take a while to get enough testing in Oregon and nationally.

“Frankly it’s going to take a really strong partnership with the private sector to build this additional capacity,” she said.

Last week’s metrics found more than 6% of people tested in Oregon were infected. That number matters because it’s gone up as testing numbers have gone up, so the virus is spreading. Experts trying to help the state estimate the virus is infecting between 1,000 and 1,600 new people each day.

“Well, the numbers are very, very concerning," Brown said. "My focus on COVID-19 is to make sure Oregonians stay safe and healthy, and that’s why we worked really hard to implement restrictive measures across the state that will prevent the spread of the virus.”

The latest demographics from the Oregon Health Authority show the virus has infected more women than men. It has also infected young adults 20 to 29 more than any other age category.

Check the latest demographics from OHA