Federal officers use tear gas on crowds outside Justice Center

Portland police said they did not engage the crowds Sunday night. 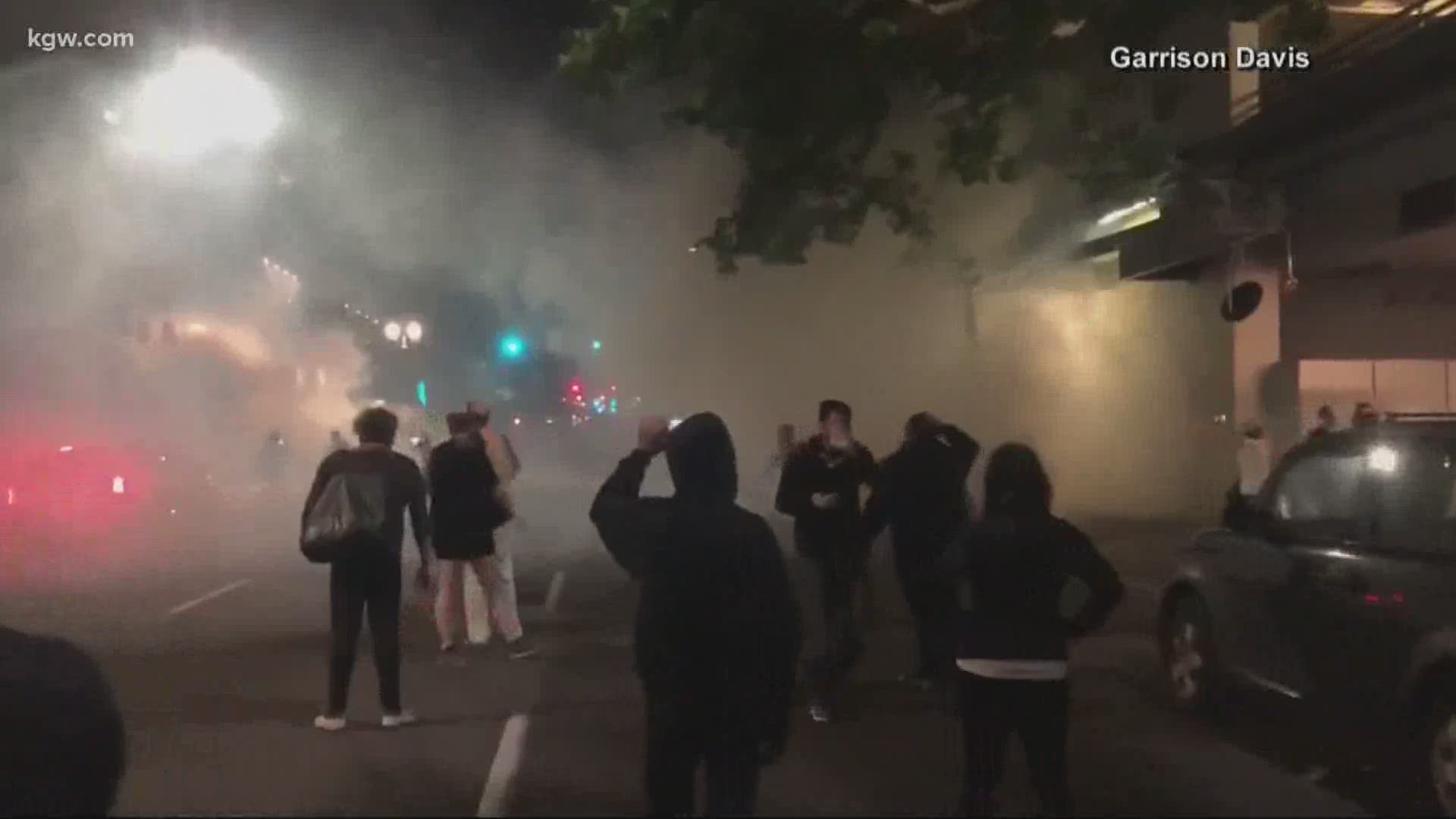 PORTLAND, Ore — Federal officers used tear gas and other crowd-control munitions after protesters tore down part of the fence in front of the federal courthouse in downtown Portland late Sunday night.

Hundreds of people gathered for a demonstration outside the Justice Center Sunday evening. At the front, a group of mothers linked arms and chanted, "Moms are here. Feds stay clear".

Early in the evening, the crowd was large but peaceful.

“Walls of Moms” a group that was created just a few days ago, has joined protesters at the federal courthouse in Portland. pic.twitter.com/I9TtJSaazZ

By midnight, protesters had torn down part of the fence that surrounded the federal courthouse and federal officers began using tear gas and other crowd control munitions to clear out the area.

Portland Police Bureau is aware federal law enforcement have deployed CS gas in the area of the Federal Courthouse. Avoid the area for safety.

Around 1:30 a.m., Portland police said several people lit a fire near the entrance to the courthouse and began adding debris to the flames. Federal officers came out of the courthouse, dispersed the crowd and put out the fire.

Portland police officers did not engage the crowds at all Sunday night, according to the police bureau.

Earlier Sunday, the Portland Police Association and community leaders called on protesters to stop the violence and destruction in the city. Pastor J.W. Matt Hennessee invited protesters to meet with him and others to talk and work on solutions.

“We can come together and do what we do best: hear one another, work together and work very hard for solutions,” Hennessee said.

RELATED: Community leaders call for 'moratorium' on violence, ask for conversation with protesters

Hennessee and others spoke outside the union headquarters on North Lombard where a riot had been declared Saturday night and the building was set on fire.

The demonstration was one of two gatherings Saturday night involving hundreds of people calling for police reform and an end to systemic racism. The other was outside the Multnomah County Justice Center in downtown Portland. The area has been the site of many clashes between protesters and law enforcement over the past seven weeks.

President Donald Trump tweeted about the events of Saturday night's protests, saying that the protesters in Portland are "the real deal."

We are trying to help Portland, not hurt it. Their leadership has, for months, lost control of the anarchists and agitators. They are missing in action. We must protect Federal property, AND OUR PEOPLE. These were not merely protesters, these are the real deal!