Hardesty to Wheeler: 'If you can't control the police, give me the Portland Police Bureau'

Hardesty said she saw Portland police engage in an "aggressive clampdown of peaceful protest" Friday night, and had a message for Mayor Ted Wheeler. 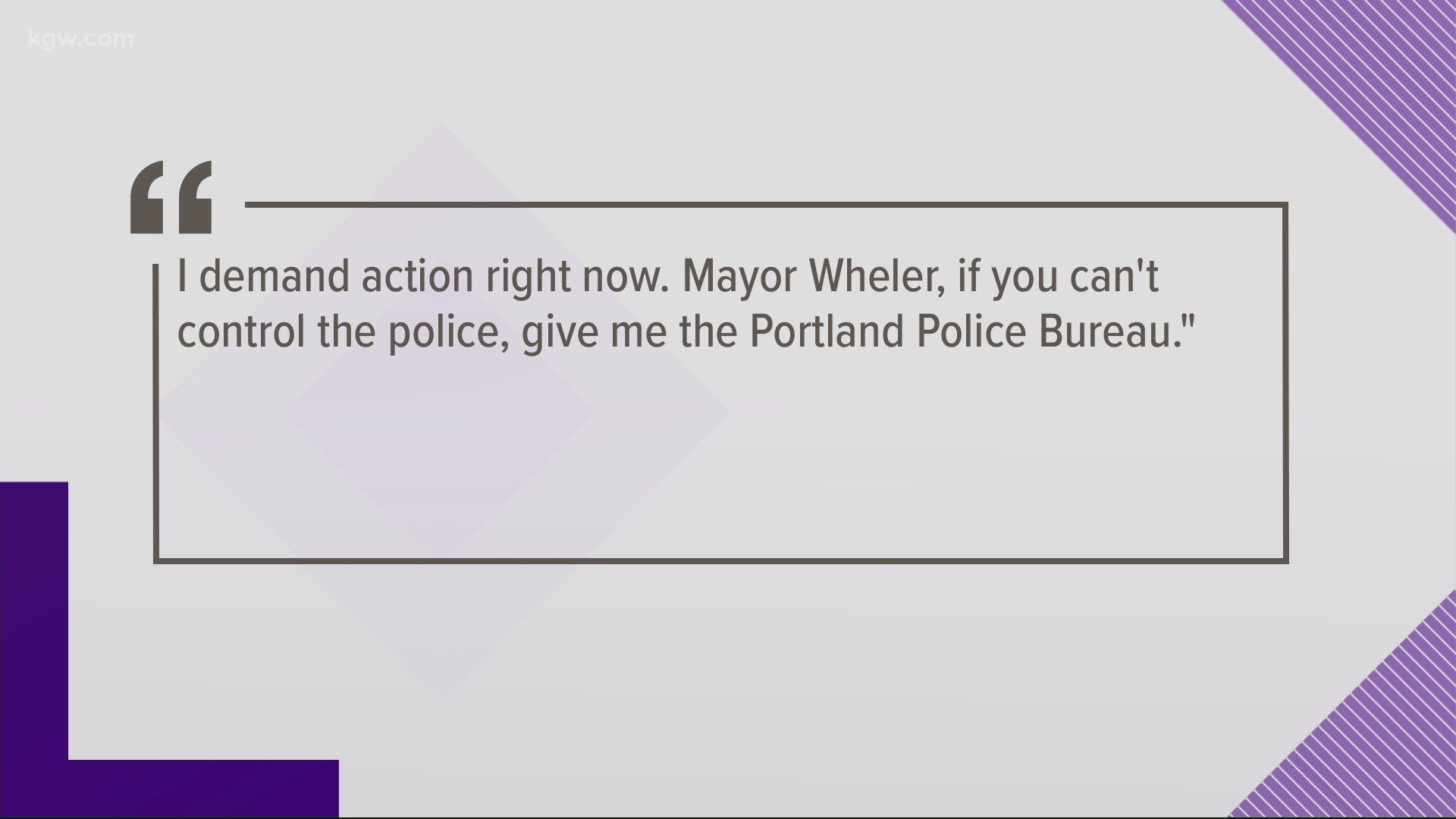 This comes after Hardesty said on KGW's Straight Talk that she would be open to being the Portland police commissioner.

Hardesty hosted a candlelight vigil Friday night outside the Multnomah County Justice Center in downtown Portland to support protesters' rights to free speech and assembly. Following the vigil, Hardesty said she witnessed an "unprovoked brutal attack by our federal government. Later that evening, Portland Police once again joined in the aggressive clampdown of peaceful protest."

Hardesty also noted that the president of the Portland Police Association, the bureau's union, met with Acting Secretary of Homeland Security Chad Wolf who, along with federal officers, is in Portland. She said Portland police is collaborating with the federal occupancy force.

Traditionally, the mayor has taken on the role of police commissioner, and Wheeler currently heads the bureau.

"I never wanted the police bureau. But, I believe there's some logic in having all the first responder bureaus under one commissioner. And I would take it, because we are doing this transformation, if the mayor offered it," she said during her Straight Talk interview with KGW's Laural Porter.

Mayor @tedwheeler, I've had enough. If you can't control the police, give me the Portland Police Bureau. Full Statement below. pic.twitter.com/Xq4dkV2Tdr

Hardesty, who has been called for police reform for decades before becoming a city commissioner, on Friday said the protesters and the community are not the enemy, in clear opposition of Wolf who tweeted earlier this week that protesters are "violent anarchists."

The deployment of federal forces in Portland has caused protests to ramp up again, according to many officials who have made statements against the federal troops who were sent here to protect federal-owned properties.

However, clashes between police and protesters have been occurring consistently in Portland for nearly two months. Hardesty has been vocal about her disapproval of the way police forces have been dispersing protesting crowds and also the occupancy by federal officers.

6/ What must end is the nightly policing of protests where Portlanders are met with a police force dressed in riot gear resulting in tactics that indiscriminately affect large groups of Portlanders regardless of their actions.