Community leaders call for moratorium on violence, ask for conversation with protesters

“If you want to make change, if you are serious about change, then I’m begging you as a citizen of this city ... put down your need for violence.” 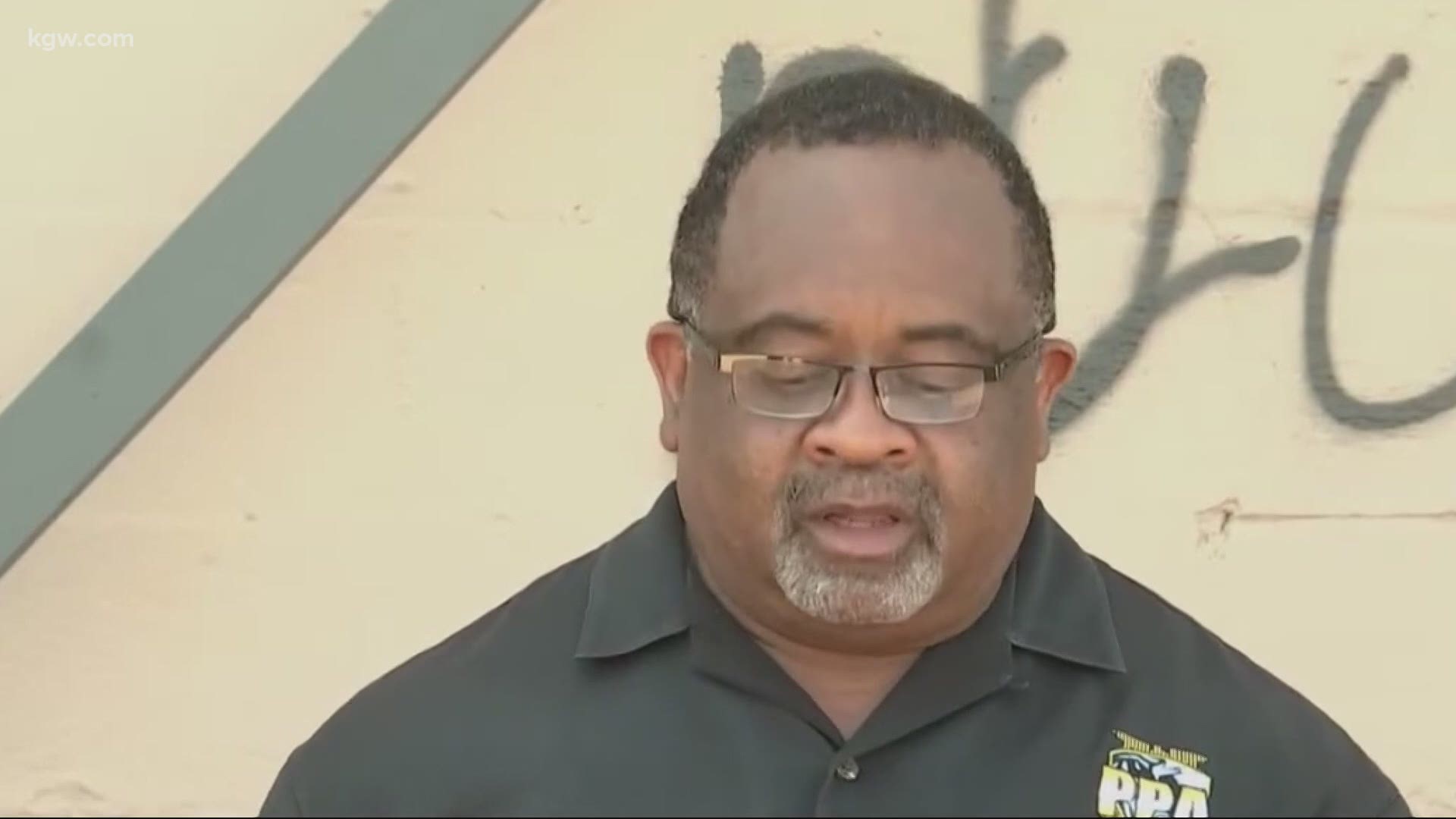 PORTLAND, Ore — After more than seven weeks of protesting and escalating tension between demonstrators and law enforcement, the Portland Police Association, along with representatives from the community, called for an end to destruction and called on protesters to meet with them to work toward a solution.

Turner called out elected officials for condoning violence and chaos in Portland and not acting.

The pastor of Vancouver Avenue First Baptist Church, J.W. Matt Hennessee, called for a “moratorium on the streets” and issued an invitation to those setting fires, causing destruction and looting to meet with him and others to talk, be heard and look for solutions.

“If you want to make change, if you are serious about change, then I’m begging you as a citizen of this city ... put down your need for violence,” Hennessee said.

Turner, Hennessee and others spoke outside the union headquarters on North Lombard where a riot was declared Saturday night and the building was set on fire.

The demonstration was one of two gatherings Saturday night involving hundreds of people calling for police reform and an end to systemic racism. The other was outside the Multnomah County Justice Center in downtown Portland. The area has been the site of many clashes between protesters and law enforcement over the past seven weeks.