Portland Mayor Ted Wheeler will continue to focus on police reform, including a new approach to the Gun Violence Reduction Team. 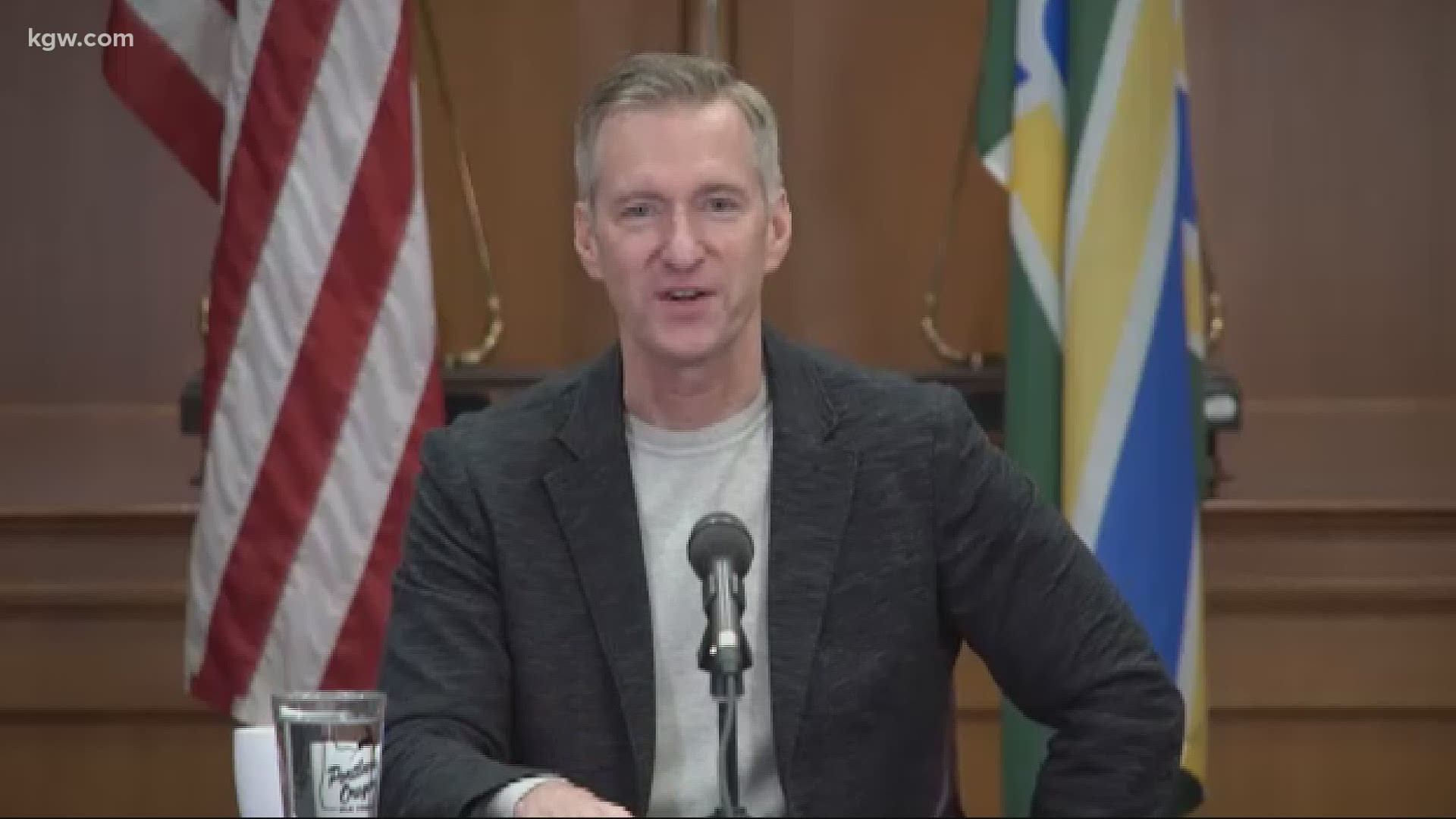 “How do we improve hiring to increase diversity?" Wheeler asked. "What do we need to do to improve training to encourage de-escalation? How do we change our directives as necessary to improve public safety for everybody in the community. That’s definitely going to be a focused and ongoing discussion.”

At the same time, Portland has seen a record number of shooting incidents in 2020 and Wheeler faced criticism from some in the Black community for disbanding the gun violence reduction team. Advocates pointed out officers on the team stopped Black people disproportionately.

But as the shootings soared, members of the community complained that officers from the team, who knew the families and the histories of people involved in gun crimes, were gone. Some said that lack of community connection allowed the violence to flourish.

Wheeler said Monday some of those officers may be brought back to that work.

“I think there are ways to engage those officers in a meaningful way," he said. "They're still Portland police officers. They are not specifically assigned to that detail full time, but that doesn’t mean that they could not continue to leverage those relationships. Nor does it mean they couldn’t be working in that capacity for some period of their day or their workweek. I think there are ways to be thoughtful about this and address the very serious issue of gun violence.”

The mayor pointed out that the office of violence prevention is getting extra money to help stop shootings before they happen. He said Portland police also need more resources to effectively investigate the shootings after they happen.

Watch: What does Portland’s Gun Violence Reduction Team do?