Biden is the latest Democratic presidential hopeful to make a stop in Portland. 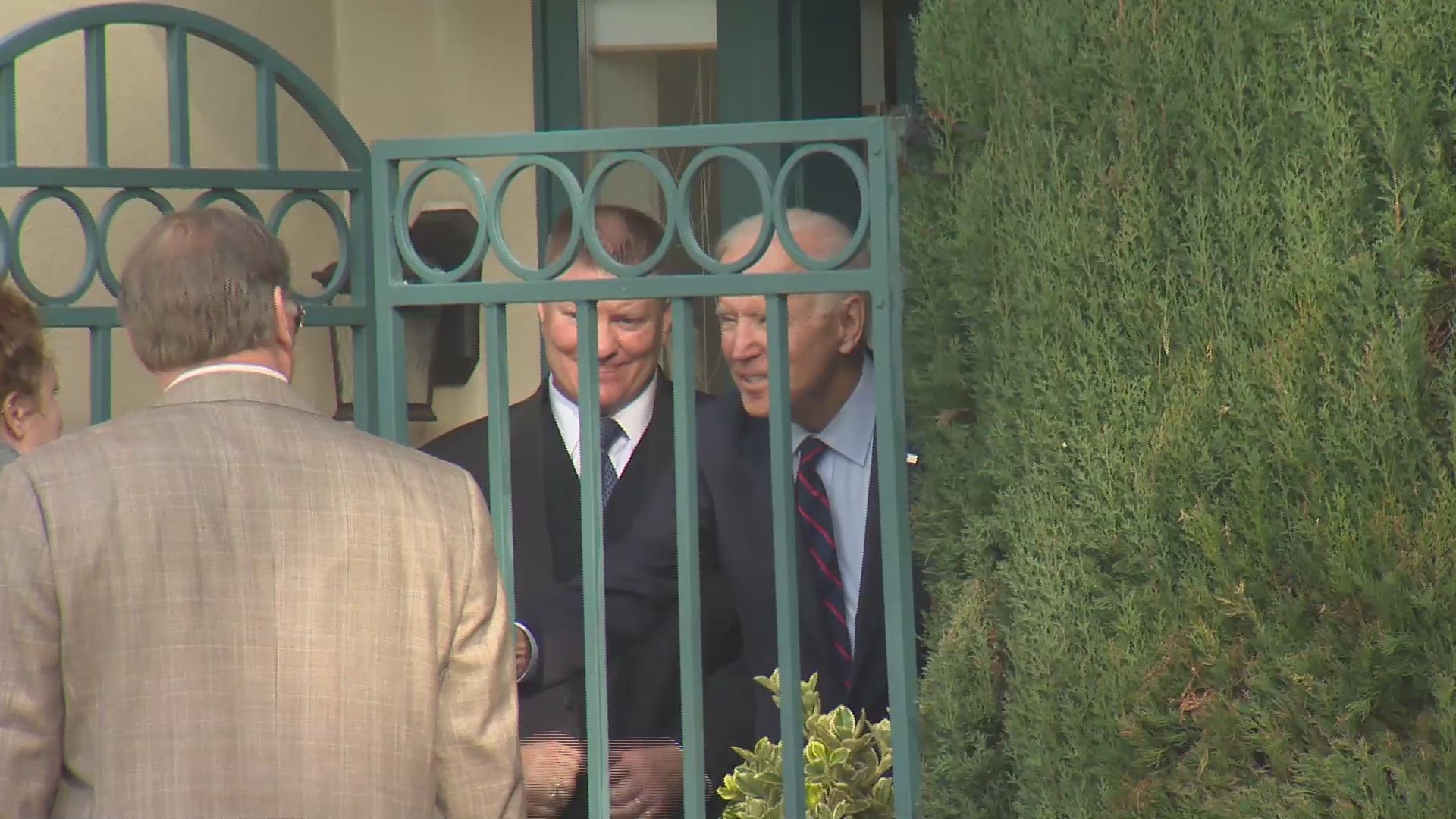 PORTLAND, Ore. — Former vice president Joe Biden was in Portland on Saturday for a private fundraising event for his 2020 presidential campaign.

Biden is leading many polls among the Democrats running for president.

Although there was no media access, part of Biden's speech to supporters could be heard from outside the home where the fundraiser took place. KGW's Brittany Falkers heard Biden discuss President Donald Trump, healthcare and unions.

Former U.S. Attorney for Oregon Dwight Holton was at the fundraiser to support Biden. He said Biden covered issues ranging from climate change and foreign policy, to corruption in the Trump administration, and income inequality for the middle class.

"Frankly, I think the vice president understands our values, understands our progressive approach to problem-solving in Oregon, and he’s got very specific ideas about how we get there and get it done. Certainly, nobody has a better track record of accomplishment. No one has a longer experience getting things done," he said.

Holton, like many of Biden's supporters, shrugged off concerns that Biden is trailing at least two other Democratic candidates when it comes to funding.

"I’m not worried about the financial outcome. I know he’s going to raise the money he needs to get the job done and connect with people. I’ve seen him do it over and over again," Holton said.

Political analyst Len Bergstein was also at the fundraiser. He said people saw a different side of Biden.

"I think people got a really personal view of that and cut through a lot of the stereotypes we see on the national narrative about whether he’s got it going or not. But he very clearly demonstrated that there’s a lot there, he’s got it going on all cylinders," Bergstein said.

It was not a cheap event to get into. The price to see Biden in person was $1,000 on the low end. A photo opportunity was available for those who paid up to $10,000.

Some people on social media were critical of Biden's visit and the $1,000 minimum to attend, saying he only caters to elites. Bergstein said it's still early in the race and Oregon could see Biden return in a more public capacity at a later date.

"We are an ATM. We’re a place where people come to raise money at this point. We’re not going to be a battle ground state really for Democrats and even for the general. But we are a battle ground state on a bunch of issues and I think Biden and the other Democratic candidates, as we get closer to the election, will come here and talk about things that will resonate – not only with Oregonians – but with the rest of the country," Bergstein said.

Kurt Schrader, a Democrat who represents Oregon's 5th Congressional District, said he is supporting Biden in the presidential race.

"I think he's gonna win," Schrader said. "He's one of the few charismatic individuals that, when you meet him and you talk to him, he really cares about you."

The gathering lasted a little longer than an hour, with Biden showing up around 10:45 a.m. and leaving shortly after noon.

Biden was the latest Democratic presidential hopeful making a stop in Portland. Andrew Yang, Cory Booker and Pete Buttigieg have also come through.