The 900-acre toll is a testament to both luck and extraordinary first responders, said OPRD Director Lisa Sumption. 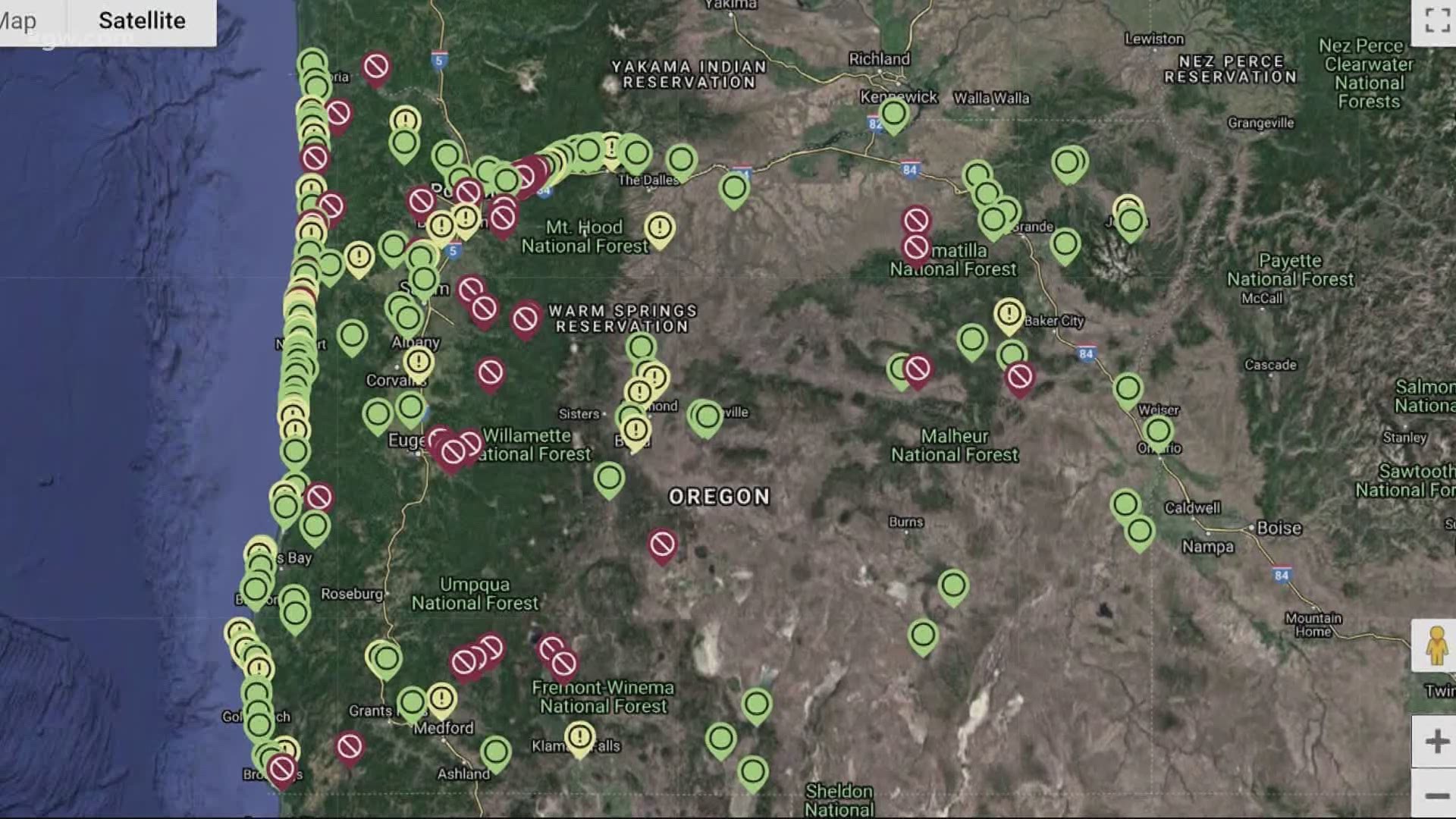 PORTLAND, Ore. — As hundreds of thousands of acres burn across Oregon, the state parks are largely unscathed.

"We're very, very grateful and thankful for the firefighters and first responders, as well as volunteers and staff," said Jo Niehaus of the Oregon Parks & Recreation Department (OPRD). "Without them, we really would have had more damage."

OPRD estimates about 900 acres have burned within the park system, with minimal damage to well-known landmarks and recreation sites.

"We are lucky, very much so," Niehaus said.

Parks face compounded challenges from wind storms during the second week of September, on top of staffing shortages during COVID-19.

OPRD is still assessing damage around the state, but released this preliminary list:

Grant McOmie, host of Grant's Getaways on KGW, said it could take a long time before Oregon's travel and tourism industry recovers from the disaster. However, he said now is a good time of reflection.

"[We] really need to take stock of what we have here, the diversity of what we have here within a two-hour range, to be able to reach so many varied ecosystems," McOmie said. "It'll come back. It always comes back, but it's gonna require time, so be patient."

Other areas, aside from those in the wildfire concern areas, reopening on Saturday.