Over Memorial Day weekend there were five businesses in Detroit that held ribbon cuttings after being closed about nine months. 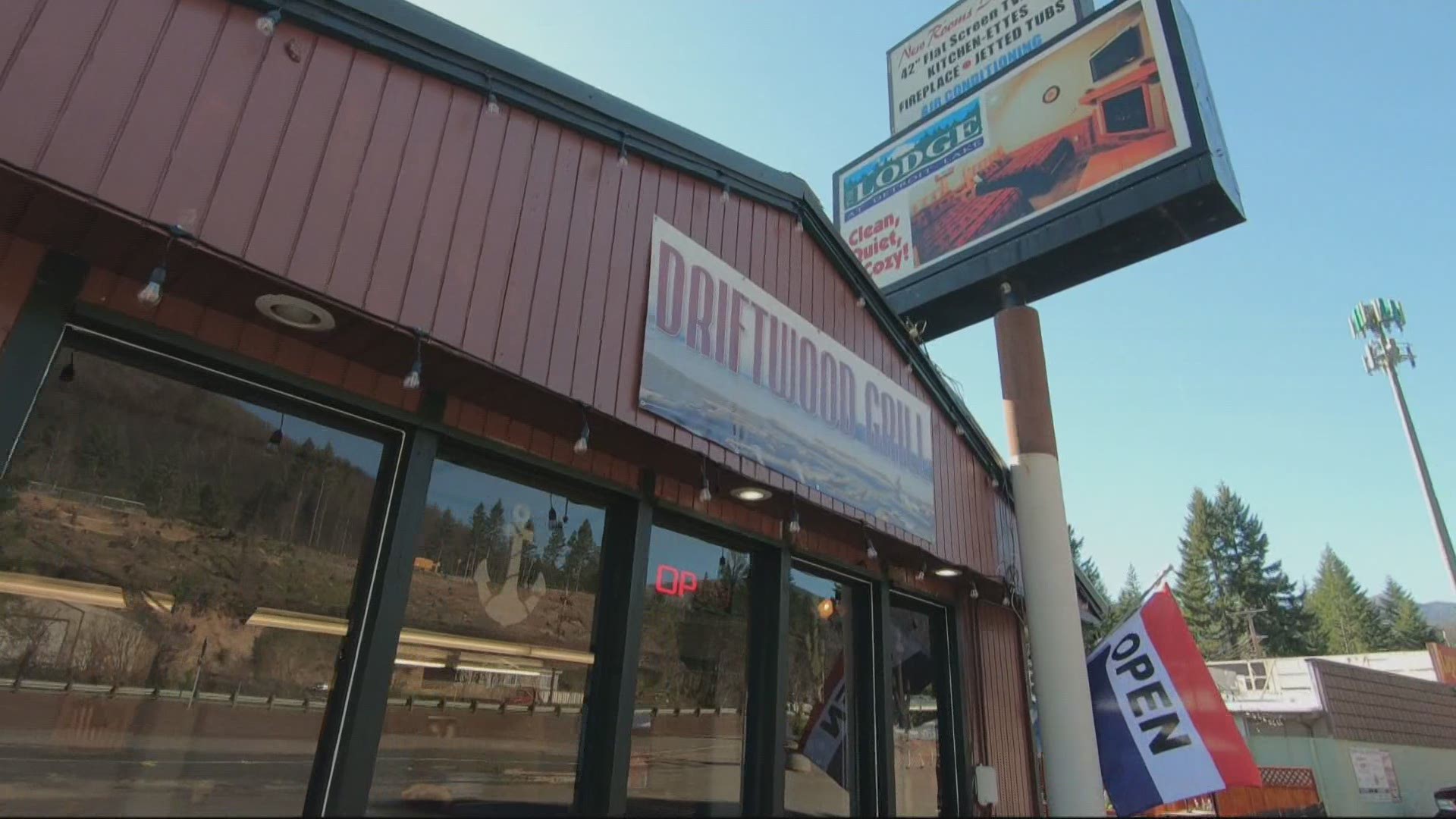 DETROIT, Ore. — The areas where wildfires hit are still hurting. But there are signs that things are bouncing back, slowly.

Over Memorial Day weekend there were five businesses in Detroit that held ribbon cuttings after being closed about nine months. You look around and there are still reminders of the homes and businesses that burned. But people in Detroit are focusing on the future and the progress already being made.

As of Memorial Day weekend the Driftwood Grill is open for business. The ribbon cutting made it official and owner Elaine Degeorge is amped up and ready.

“We do have sandwiches. We have pizza. We have a flat screen TV and a dining area outside,” said Degeorge.

The road to recovery hasn’t been easy.

“We did own the whole Lodge at Detroit Lake, which the beautiful side with the jetted tubs and fireplaces burnt down in the fires of 2020. Left me with the older building, which is only four rooms,” Degeorge said.

But the rooms she has left are being rented and her new Driftwood Grill is joining other businesses in town that have also worked hard to recover from the wildfire nine months ago.

RELATED: Eight months after wildfires, Detroit hopeful tourists will come back this summer

At Mountain High Grocery, employees worked hard to stock the store. It was another business that opened Memorial Day weekend.

“We painted the store inside and out just to get rid of the smoke smell,” said Dean ODonnell, who owns the store.

“Slowly the product is coming in and give us a month or two and we’ll be up full,” he said. “We were maybe 50% stocked and decided we would open and make it better every week as we go on.”

Down the road, Connor’s BBQ opened over Memorial Day weekend, too. It’s now operating out of a food truck on the weekends.

Both marinas in Detroit are up and running as well.

Detroit Mayor, Jim Trett, said the ribbon cuttings were a boost for the community.

“We’ve decided we’re going to do them probably for the next year for every new business. We’re even talking about some homes to celebrate small victories,” said Trett. “I think that’s really helped spirits in town.”

There are positive signs everywhere. People like the Kleins are visiting the lake and using the marinas.

“Feels good, different view to look around, but it’s still a beautiful view. And Detroit is still Detroit and hopefully it’ll rally back and be bigger and stronger than it was before,” said Chris Klein, who was visiting from Sublimity.

Trett said one of his biggest fears was wondering if people would come back.

“Yes they’re coming back. The campgrounds are filing up. The state park campground was full all of Memorial Day weekend,” Trett said.

While there are still challenges, business owners in Detroit are excited about the future and are hoping people stop in.

“Come on and see us. We’ve got great food, friendly service,” said Degeorge. “Enjoy our beautiful lake and surroundings. Even though we’ve lost a few trees, we’re gonna come back stronger.”