Eight months after wildfires, Detroit hopeful tourists will come back this summer

"The tourism will be here. What concerns me is the level of service we'll be able to provide those people," said Dean O'Donnell, owner of Mountain High Grocery. 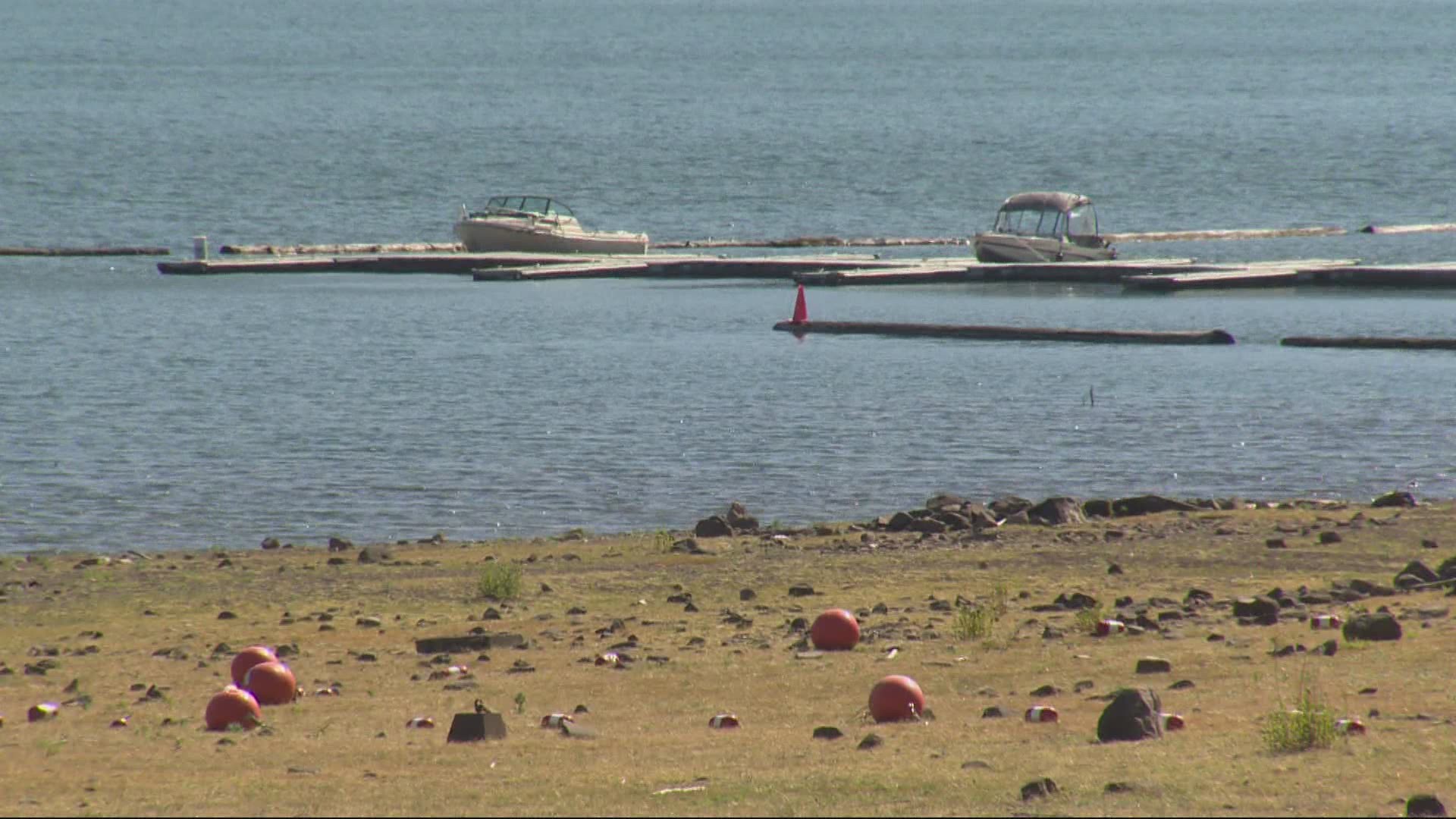 DETROIT, Oregon — In September 2020, historic wildfires wiped out a small mountain town nestled in the Cascades - a town that relies on tourism.

Destruction from the wildfires could impact peak season in Detroit, Oregon, which starts next week.

But as people there clean up and begin rebuilding, hope trumps the hurt.

'We're basically starting from day one.'

From the hills above Highway 22, you can see where two massive fires met and destroyed Detroit - Oregonians' lakeside escape that holds many memories.

"The one thing that’s come out of this is I’m amazed how many people have a connection to this lake and this community," said Detroit Mayor Jim Trett.

Flames wiped out livelihoods and over 300 homes.

"We'd come up here and just forget about everything and spend time with family and I've noticed how that's changed since we lost it," said Nicole Ruyle, who owns a second home in Detroit next to her in-laws, "We haven't had that time together as much."

Mayor Trett says Detroit's population runs around 1,500 people; only about 200 are full-time residents, while the majority are second homeowners, like the Ruyles.

Those homeowners and short-term renters support much of its economy. With most houses and hotel rooms gone, the town faces a summer of struggle.

Detroit's small, albeit mighty, business district was geared toward tourists. The Beachie Creek and Lionshead fires took almost every building there.

Some business owners don't plan on rebuilding, while others do. Mayor Trett said it's difficult to determine how many will return since businesses face other barriers unrelated to the wildfires. The town runs on septic systems, making it difficult for restaurants, in particular.

The businesses that do plan on re-building won't be finished - let alone starting - anytime soon.

"It's been terribly hard on the whole community. There's no financial base left up here. So we're basically starting from day one all over," said Mountain High Grocery Owner Dean O'Donnell. "We're starting with one market and one restaurant and four rooms."

Preparing for a busy tourism season

Mountain High Grocery is one of the two businesses still standing.

"I'm ready to give some hope back to this town. Mountain High will do that," said O'Donnell's son.

Closed since September, they're rushing to re-open Memorial Day Weekend when peak season sets in.

Travel Salem estimates almost one million people visit Detroit every year and spend a total of around $50 million. The bulk of that comes in the summer.

"Most of our tourism is based around the lake," said O'Donnell, who's also president of Detroit Lake Recreation Area Business Association, "I think the tourism will be here. What concerns me is the level of service we'll be able to provide those people."

O'Donnell said they won't have enough employees to keep up, and there's nowhere for employees to live up there.

On three corners in the business district, Trett said food trucks will take the place of restaurants. That doesn't bring in nearly as much revenue to the city, but will be a great option for tourists.

On the lake, marinas lost buildings but their docks survived.

"There was a lot in there we can't replace," said Lucas Lunski, Detroit Lake Marina Manager. His parents bought the marina 16 years ago.

They didn't lose any of their 37 rentals. People can book boats and other toys through Detroit Lake Marina for June and July, when they're expected to get power back.

They're also putting up temporary buildings so they can operate a small store.

But lake levels are lower this year, which will cut the boating and recreation season short.

"A building burning down we can deal with that as long as we have water. But having to deal with both, it definitely makes it a little more tough," added Lunski.

'We have a clean slate'

Despite setbacks, you'll see more smiles than sorrow in Detroit. In fact, people there grow more optimistic by the day.

"The reason we gauge is off our moorage and how many people want to keep their boats with us for the summer. And we're doing really well as far as numbers go," said Lunski.

It's not just dock slips; RV parks and campgrounds are filling up. The popular Detroit Lake State Recreation Area's campground is booked for the holiday weekend. Other area campsites are also full, or nearly full.

City leaders and business owners still expect tons of visitors to come up for day trips since the Santiam Canyon is so close to Salem and Portland.

They're not entirely sure how deep a loss could be felt this summer - if at all.

"We’ve heard from some people saying, 'We’ve heard it’s destroyed, we’re not going to come back to visit, we’ll have to find someplace else'," said Trett, "We've had other people - actually, right now more of them - calling and saying, 'When can we come? What can we do? We want to come up and support the canyon - not just Detroit, but the Santiam Canyon."

A lot of homeowners have cleaned up their properties. Some sold, while others started rebuilding - or at least plan to.

The town just got temporary water a few weeks ago, which has set things into motion recently.

"It feels like it's slowly coming back. There are hurdles to get over but the people up here are just so resilient and tough," said Ruyle.

"We have a clean slate. If there is a silver lining that's one of them here is that there are some things we wanted to do to make a good place even better," added Mayor Trett. "Detroit strong. We are strong. And we'll continue to be."

However, Trett worries about Detroit's budget and how their city government will survive.

With so many houses gone property tax revenue is taking a huge hit this year. It will also lose out on transit occupancy tax dollars.

Trett it could be up to ten years before Detroit really rebounds.