Officer Jakhary Jackson has worked with Portland Police Bureau for nearly 10 years. He shared his experience as a Black officer during a police briefing Thursday. 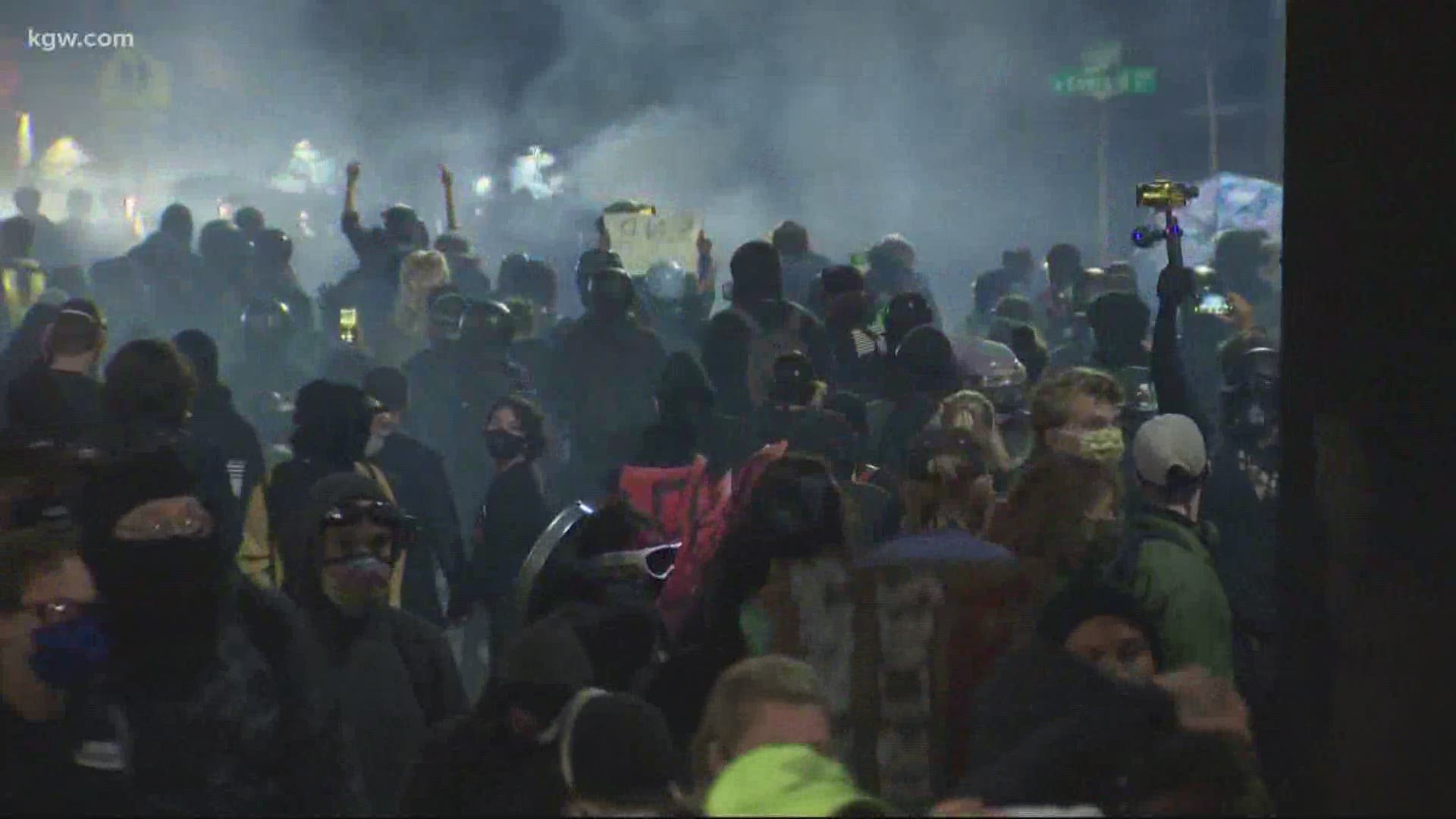 "I wanted to make the most out of my life ... just hearing that call come out over the radio and you know people are in trouble and need help," Jackson said during a PPB news briefing Thursday. "You could change people's lives ... just by giving somebody a hug that is having the worst day of their life."

Jackson made positive headlines in 2018 for a photo of him sharing time with a sick and homeless veteran.

Now about 10 years into his time at PPB, Jackson is part of the rapid response team. Over the span of more than a month, that team has responded to daily protests in Portland.

He shared his experience during a police news briefing Thursday, as a Black officer on the front lines:

"I've seen folks that really want change like the rest of us that have been impacted by racism. Then I got to see those people get faded out by people who have no idea what racism is all about, that don't even know the tactics they're using are the same tactics that were used against my people. As someone who graduated from PSU with a history degree, it's frightening. A lot of times, someone of color—Black, Hispanic, Asian—will come up to the fence, and want to talk directly to me: 'What do you think about George Floyd? What do you think about what happened with the police?' [Then] Someone white comes up and 'Eff the police, don't talk to him!' And you have white people screaming at black officers, 'You have the biggest nose I've ever seen.' ... Having people that to tell you what to do with your life, that you need to quit your job, that you're hurting your community, and they're not even part of the community. You're a privileged white person telling a person of color what to do with their life. There are bad cops out there in the world. We don't associate with those people, they make us look bad. I've been on calls and been called the n-word, I can't even count. There's a saying that if 'You're a black cop, you're not black.' I take this uniform off, I'm suspicious. I look like someone that these people would call the police on. Me putting on this uniform does not erase that history I've had."