Daryl Turner said after six weeks of violence in Portland he does not believe city leaders want to close the divide between police and communities. 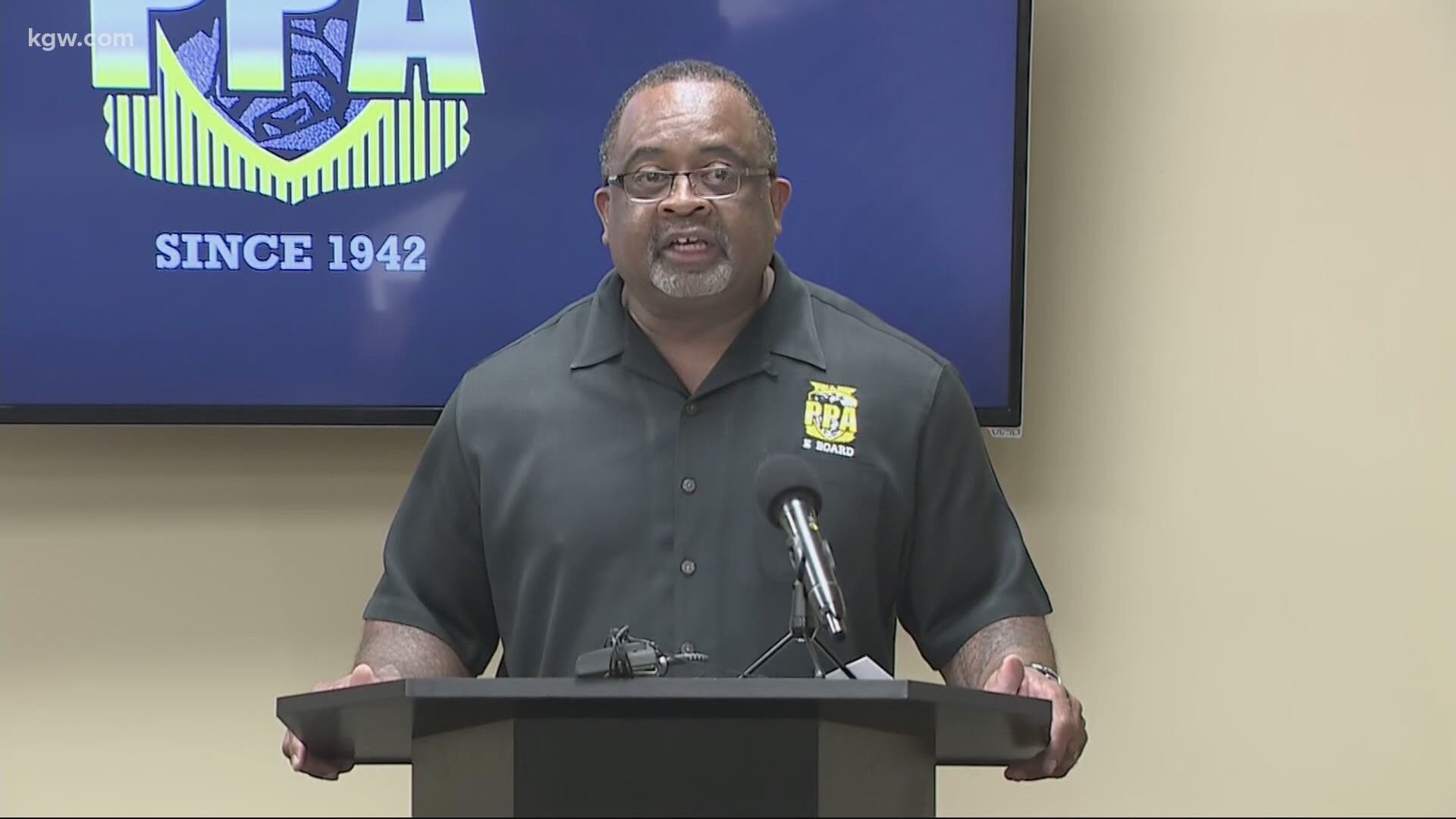 PORTLAND, Ore — The leadership of Portland's police union announced a vote of no confidence in city leaders Wednesday, saying they do not believe commissioners or the mayor will act to stop violent protests in Portland.

"I have no confidence that the city will stop the rioting and the looting and protect the livelihood of Portlanders," said Portland Police Association President Daryl Turner. "All of Portland deserves safety, security and a non-violent platform to speak their minds."

Turner also knows police are being criticized as part of the larger problem of systemic racism and police violence.

Several elected officials in the past week spoke out against police tactics during recent protests.

On July 3, Oregon Governor Kate Brown urged the Portland Police Bureau to de-escalate nightly tensions with a group of protesters that she said have "repeatedly taken to the streets with the intent to destroy property," and said the police response has gone too far, the Oregonian reported.

In a Twitter thread on Friday, Portland Mayor Ted Wheeler denounced the violence and called for "a full and thorough review of all use of force tactics and meaningful public transparency."

Turner argued on Wednesday that the budget cut of $15 million the bureau recently took will not help with reforms.

Instead, he put out an eight-point plan that he said would bring real change. It called for a focus on 21st-century policing guidelines developed under President Obama. It includes a return to community policing and federal money for body cameras, something Portland police do not have.

"I’ve been a strong advocate for body cameras. I believe that it will build more trust in the community. It's an accountability measure that we need and we must have," said Turner.

He also said the bureau should recruit more diverse candidates to be officers, create more crisis management teams with officers and social workers, use fair and accountable discipline, create programs for physical and mental health for officers and have more training on areas including crisis intervention and deescalation.

"These are things or ways to create increased budgets and investments in a police force," said Seemab Hussaini of CAIR Oregon.

Hussaini calls Turner's revelation of the no confidence vote gas lighting and smoke and mirrors.

"It's basically saying we'll be more concerned about broken windows and spray painted walls over talking about reforms and true accountability," said Hussaini.

The Portland Police Bureau held its own press conference on Wednesday to provide an in-depth look at the officers have been dealing with during nearly six weeks of nightly protests downtown.

"It is really unprecedented in Portland's history. We are now in our sixth week of these events and we're always hopeful that we're winding down," said PPB Deputy Chief Chris Davis. "We've never seen this intensity of violent, focused criminal activity over this long of a period of time."

He said downtown Portland has seen an estimated $23 million in lost revenue and damages since the protests began.

"This is not just a Portland Police Bureau problem. This is a local government and community problem," Davis said.

Turner was asked whether the police union shares blame for the unrest, for helping overturn discipline against bad cops.

Turner said he supports a database that will keep bad cops from getting other police jobs but would not say if he supports making that list public.

He also said his union will start meeting with community leaders every three months to help open up lines of communication.

KGW asked the mayor and city council members to respond to the union’s vote of no confidence. They declined.