Portland police declared a riot, arrested 8 people and used tear gas after a crowd of a couple hundred people gathered outside the East Precinct Wednesday night. 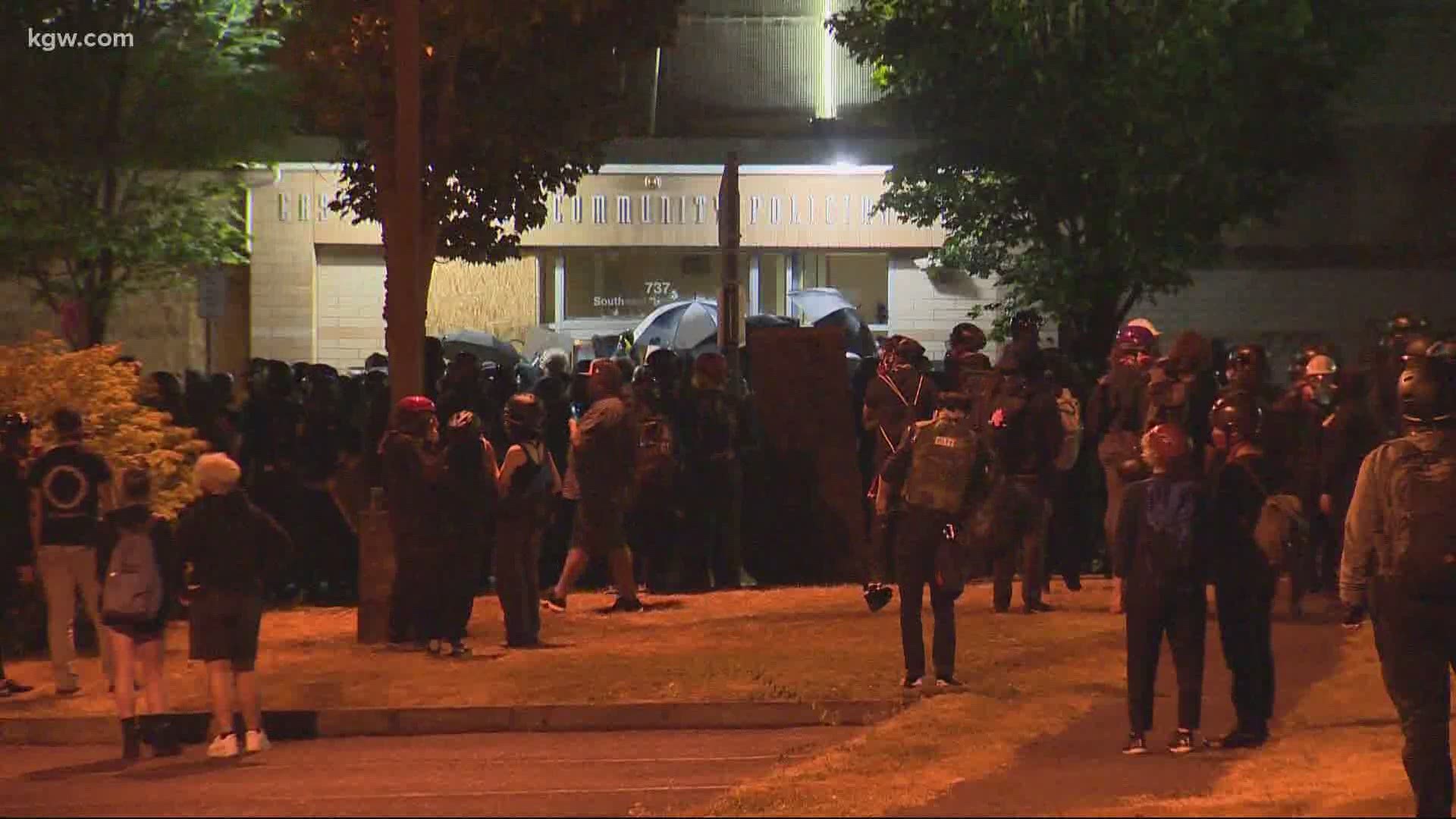 On Wednesday night, Portland police declared a riot, arrested 8 people and used tear gas after a crowd of a couple hundred people gathered outside the East Precinct. Some people in the crowd tried to set the building on fire while officers and others were inside, the mayor said. Others tried to smash the glass doors of the precinct building and threw large, heavy rocks and other items at officers.

Wheeler said what happened Wednesday night "was intended to cause serious injury or death, and it very well could have."

"When you commit arson with an accelerant in an attempt to burn down a building that is occupied by people that you have intentionally trapped inside, you are not demonstrating. You are attempting to commit murder," Wheeler said.

Wheeler said authorities expect similar attacks on buildings across the city in the nights to come. He implored anyone who is a nonviolent protester to avoid police precincts.

"I'm authorizing the PPB [Portland Police Bureau] to do whatever is necessary to hold those individuals accountable," Wheeler said.

"We have people who are intentionally planning to go out and attack precincts," Lovell said. "These senseless attempts to injure officers and destroy police facilities are reprehensible and need to stop."

"I feel that lives hang in the balance," he said.

People have gathered each night in Portland for the past 10 weeks to protest police brutality and systemic racism following the killing of George Floyd.

Portland's protests and rallies have mostly been peaceful, with thousands of people gathering in downtown Portland to chant, listen to speakers and call for change.

Wheeler, Lovell and other city and community leaders have said those intent on committing violence are attempting to distract from and overshadow the Black Lives Matter movement.