Authorities said people were living illegally on the North Portland property for months. An eviction Tuesday morning sparked a protest. 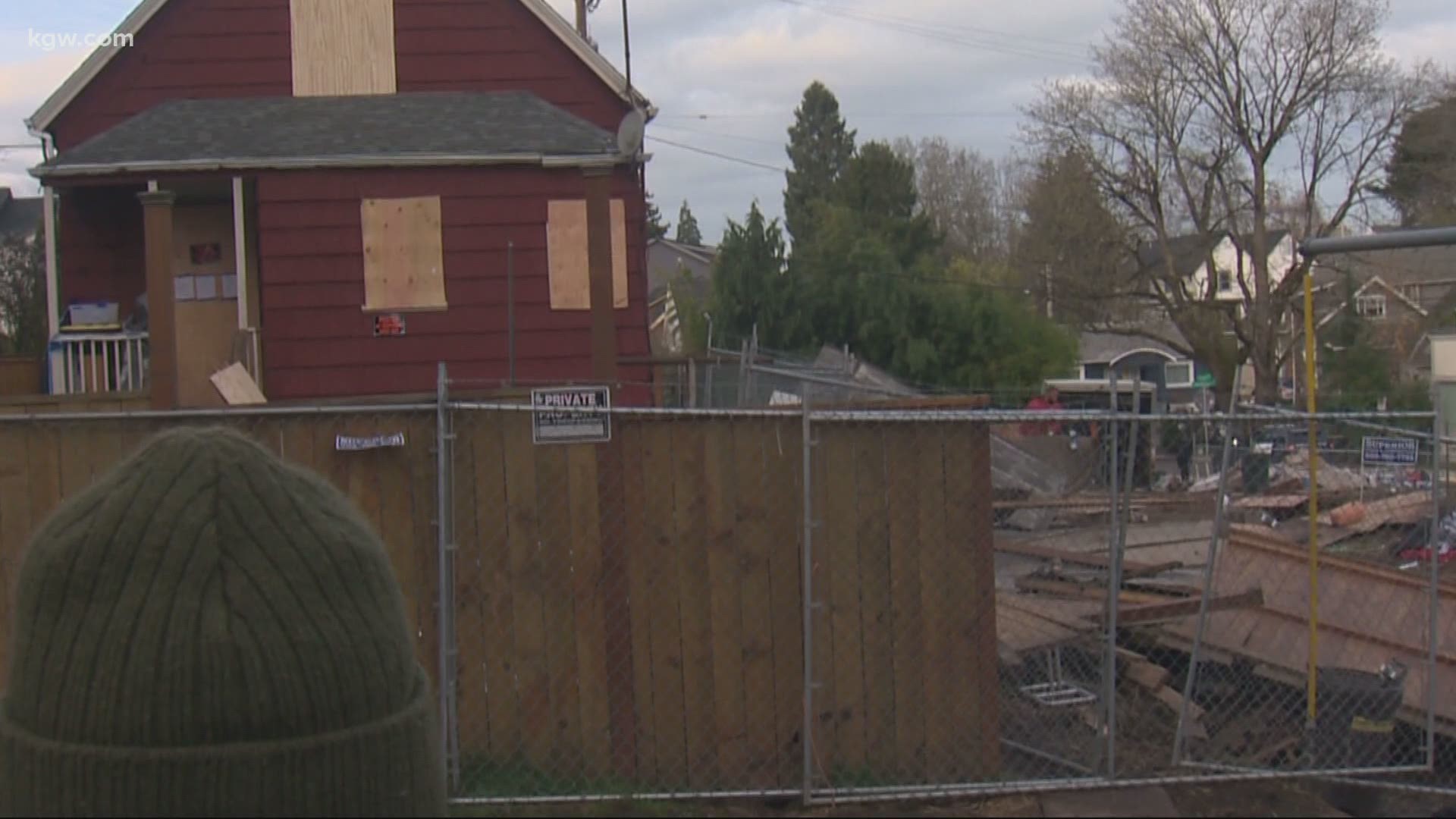 PORTLAND, Ore. — Authorities early Tuesday morning made several arrests and cleared people who they said have been trespassing for months at the "Red House on Mississippi," a private property in North Portland.

The Multnomah County Sheriff’s Office said the alleged trespassers had been ordered to leave the property by court order in September.

Sheriff’s deputies and Portland police officers arrived at the home, on North Mississippi Avenue near Skidmore Street, around 5 a.m. Tuesday. Police blocked off streets and sidewalks surrounding the property while they removed people from the area.

The police activity led to a tense confrontation between protesters and police.

Officers took one person who was armed with a gun into custody. The Portland Police Bureau (PPB) announced seven arrests in a press release Tuesday morning.

Just after 2:30 p.m. on Tuesday, police announced that the barricade must be removed and that continued criminal activity at the scene "may result in arrests including the potential use of force."

Portland Mayor Ted Wheeler announced at about 6 p.m. that he was authorizing the PPB to "use all lawful means to end the illegal occupation" on the property.

"There will be no autonomous zone in Portland," he said.

I am authorizing the Portland Police to use all lawful means to end the illegal occupation on North Mississippi Avenue and to hold those violating our community’s laws accountable. There will be no autonomous zone in Portland.

According to representatives for the family inside the house, police "violently dismantled the 75+ day "Red House' encampment" on Tuesday morning.

"Along with sweeping the encampment, which supports and surrounds the Red House, officers entered the home itself, destroying its interior, and violently arresting two residents—injuring at least one," the statement reads.

Portland Police Chief Chuck Lovell on Wednesday called for a "peaceful and safe resolution to the occupation." He later recorded a video about the occupation that was posted to Twitter.

"We are aware of the stockpile of weapons and the presence of firearms," he said in the video. "We are aware of the threat to the community, to media, to police. We've seen the attacks. The Portland police will enforce the law and use force if necessary to restore order to the neighborhood."

Lovell said that can be avoided if those in the encampment "end it peacefully by putting down their weapons and leave the barricade."

Our goal is for this to resolve peacefully to increase safety for all involved. I encourage those involved to reach out to our demonstration liaisons so we can discuss a peaceful outcome.

I wanted to say a few words to each of you about activity along North Mississippi. pic.twitter.com/Icq4mpzTAL

Officers have responded to at least 81 calls at the property and surrounding area from Sept. 1 to Nov. 30, according to PPB. The calls included reports of fights, shots fired, burglary, theft, vandalism, noise violations, trespassing and threats. Community members told officers they were threatened and intimidated by people on the property, police said.

The Multnomah County Circuit Court ordered an eviction at the property in February 2020.

“The judgment was issued prior to state and federal emergency moratoriums,” said a press release from the Multnomah County Sheriff’s Office. “The eviction moratoriums do not apply to evictions based on post-nonjudicial foreclosures, such as this case.”

In September, a group of protesters staged a sit-in at the property, which they said was the home of a Black-Indigenous family. The sheriff’s office said housing and food assistance had been provided to people at the property.