Deputies in Washington County have responded to more than 350 thefts in 2020. 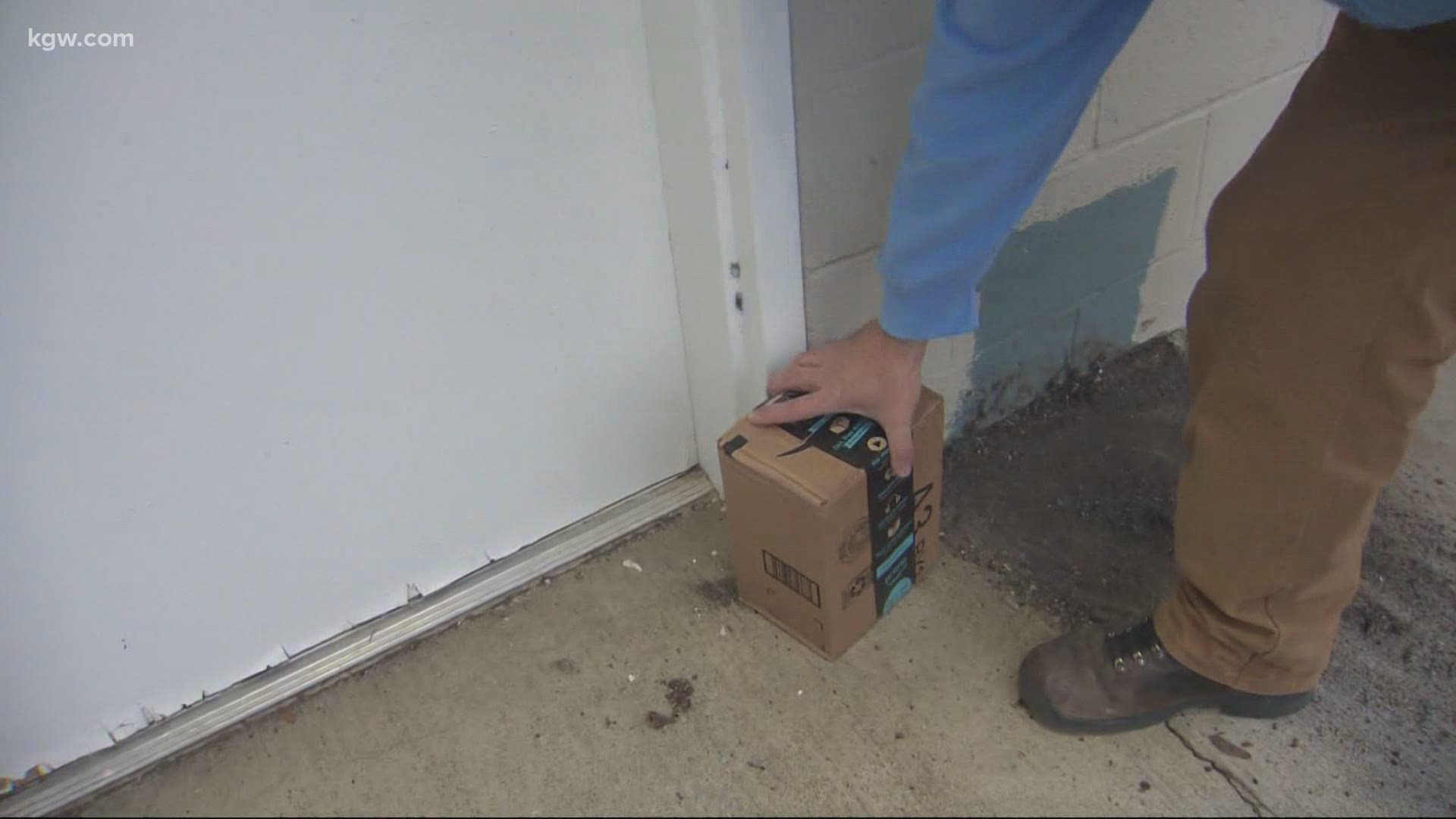 HILLSBORO, Ore. — Renee Espinoza is still fuming over what her Ring doorbell camera captured. It showed a woman walking up to Espinoza's Northeast Portland home and taking a package.

"It got delivered and five minutes later it was gone," he said. "It wasn't even in the evening. It was one o'clock in the afternoon."

All Espinoza lost was some makeup. It is replaceable, but in the coming days she plans to do Christmas shopping online. She is not alone. Nearly 50% of Americans say most, if not all, of their holiday shopping, will be done online, according to an Insurancequotes.com report. This means a crazy number of packages will be delivered to doorsteps across the country.

"Everything is delivered," said Det. Patrick Altiere of the Washington Co. Sheriff's Office. "There's nothing not delivered anymore."

Det. Altiere says with that luxury comes the chance that your package may be stolen. He runs the department's bait package program aimed at curbing package thefts.

"We take our tracker and put it in some packaging to make it look like something you really want," he said. "We wrap it in an old Amazon box and we put it on a porch and let it sit there."

If the package is stolen the GPS signal helps detectives find the package and the person who took it.

This year the Washington County Sheriff's Office has responded to more than 350 "theft of mail" or "theft from yard" calls. That is more thefts than in any of the previous three years.

"We want to deter it from happening," said Altiere. "We want people to think twice about doing it."

"I can see more thefts being stopped or thieves being caught," added Espinoza.

Espinoza applauds what Det. Altiere and his team are doing. Perhaps it can spare somebody the frustration Espinoza experienced.

"I was paranoid for a couple of days later," she said. "I was having other packages delivered. It was around my birthday. A coworker was sending me something and she was nervous it wouldn't arrive or it would be stolen and that was frustrating."

Det. Altiere says it is key to grab your package from the porch as soon as it is delivered. You can also have it sent to an Amazon locker or your office if you work at one.

RELATED: 'I filled up a box full of dog poop': Portland porch pirate gets a stinky surprise