Dozens in Newberg rally against hate amid ban on political signs

The rally comes days after a district staffer showed up to work in blackface. 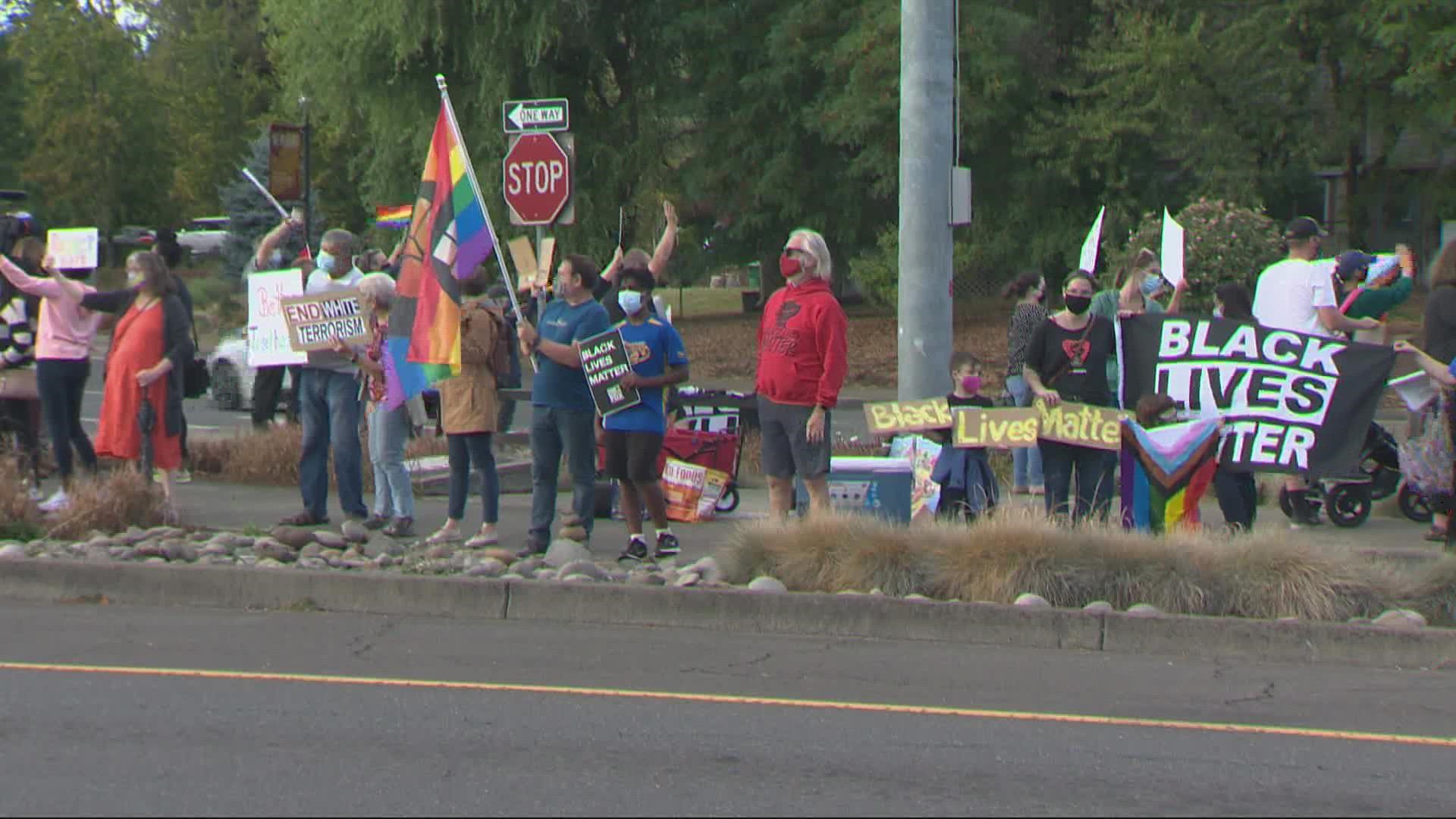 NEWBERG, Ore. — Dozens descended on the intersection of Highway 99 and South River Street in Newberg Wednesday night to rally against hate.

"We need to lift each other up," Amanda Morales said. "There's so much that's hurtful in this world. We need to be good to one another"

Nobody in the crowd of demonstrators would argue that. They brought along Black Lives Matter and Pride flags and signs to show love.

"They are our community," parent Stefan Czarnecki added. "They are our friends and neighbors, brothers and sisters. Everybody has to feel welcome."

"Newberg can be better," parent Tai Harden-Moore said. "I think this showing proves that. All we endured this week, this community is better than that."

Harden-Moore is referring to the Mabel Rush Elementary School staffer who showed up to work in blackface.

Earlier this summer, a school board director suggested banning BLM and Pride symbols in district buildings. The board voted 4-3 in favor of the ban. The policy has since been altered to images that depict support or opposition relating to a political, quasi political or controversial topic.

At a virtual public meeting Wednesday night, facilitated by the Oregon School Boards Association, many people voiced their support for banning what are believed to be political symbols in the classroom.

"Schools should be places of learning and not ideological petri dishes for indoctrination," one man said.

"While some students may feel validated by the presence of a political agenda in a classroom there will always be others marginalized by that agenda," another man said. "We can't allow our school system to normalize the marginalization of groups of children."

Others who spoke said they were disgusted by the actions of the board members who want the symbols to disappear.

"BLM and Pride flags create a safe environment for students and make them feel like valued members of our community," one student added.

The sentiment is echoed by those who gathered in downtown Newberg Wednesday evening.

"I think it'll get worse before it gets better," Morales said. "But it has to get better. How long can any community tolerate this kind of division? It self destructs."

The Newberg School Board meets again next week.