For nearly two months protests have taken place across Portland, some devolving into violent clashes with police. 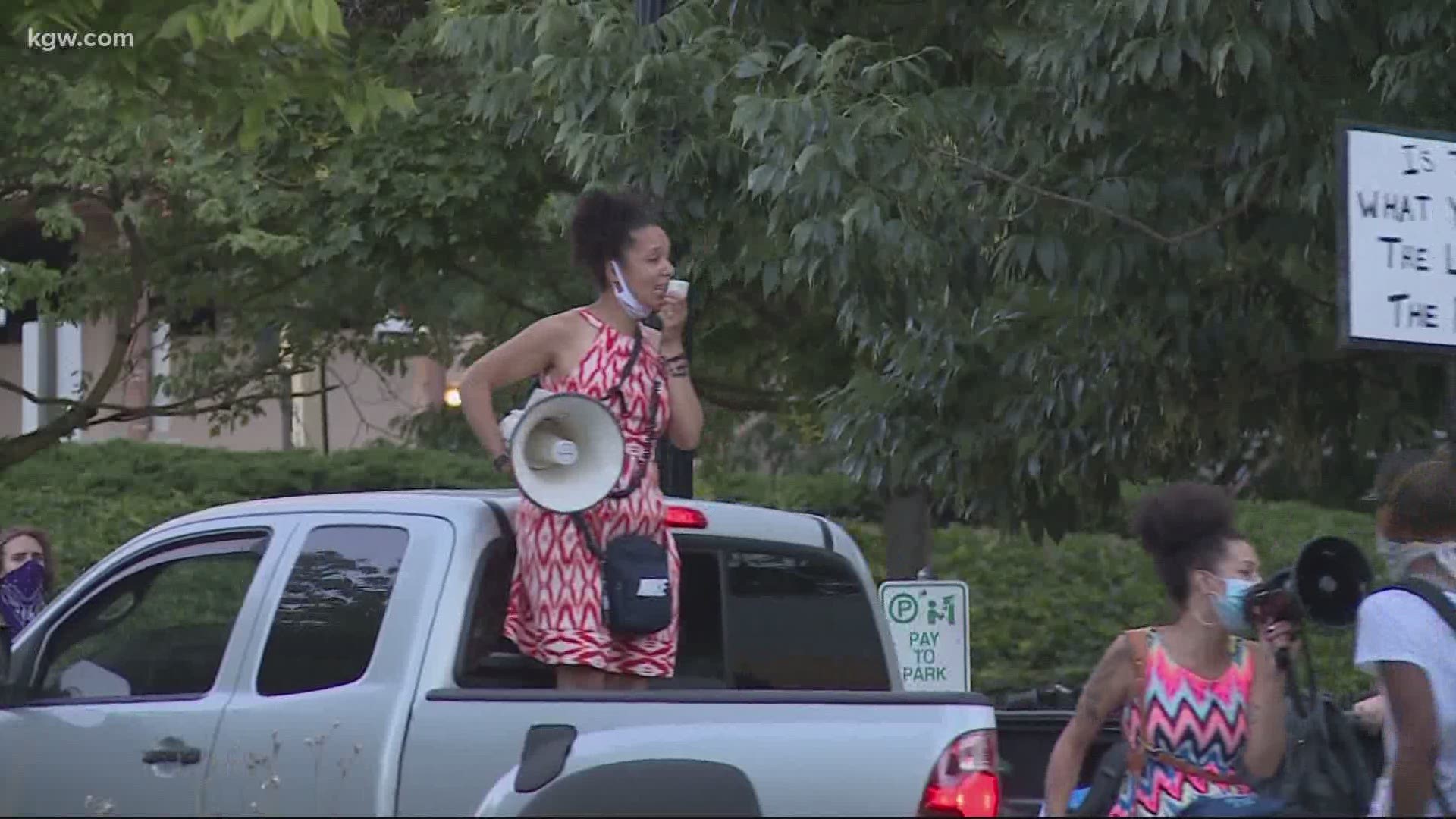 PORTLAND, Oregon — It's been almost two months since protests started daily on the streets of Portland, most turning into violent clashes with police at night.

We wanted to have a conversation with leaders in the Black community about their thoughts on the ongoing protests and demonstrations downtown.

Reverend E.D. Mondaine is the president of the Portland chapter of the NAACP. Lakayana Drury is the Executive Director of Word is Bond and Co-Chair of the Portland Committee on Community Engaged Policing. For this conversation, Drury wanted to speak on behalf of himself.

What has been the message from the beginning?

Drury: "In the beginning, it was about Black lives. It was the murder of George Floyd, which is a continuation of systemic racism and violence against Black people, Black bodies here in the United States. A continuation of a centuries-long struggle for liberation for Black people to be accepted as full citizens, with the full constitutional rights here in the United States."

Mondaine: "Understand the madness and be a part of the solution. Revolutions are always started by, they're never started just because. Just like Mt. St. Helens blew up because it took years to build that kind of pressure, well we've been suppressing racism and white supremacy for 60 years. The message is real, revolution is now and it will not go away until we see systemic change making its mark."

Mondaine: "Systems, policies, procedures that have been stacked against people of color.

I know you know what the Charlie Brown tree is. They hung a little ornament on it and it fell down. Until that young man's scarf was put around the trunk of that tree, it wouldn't hold the ornament. I don't care how pretty we make it look at the top, if we don't fashion up the bottom. If we don't shore up the bottom, it's not going to stand.

Systemic is in the system and in the policies and the procedures. It's in our legislature. That's where we are going to have to see the change. Until we see the change there, I don't care what we put on the top, it's all just ornaments and glitter. It's not going to last, so systemically we're going to have to look at what we do to make the systems work like they ought to work."

Has your message been heard?

Drury: "I think it's being heard more now than ever before. Throughout our history of our country, we've made progress. We've made steps forward. When you look at the Civil Rights movement, we were able to make a certain level of progress. We were able to get it recognized by the Federal Government, but there was still a long ways to go even after ending segregation. Ensuring voting rights for Black people.

Now, here we are in 2020 dealing with some of the other pieces of it, which are incarceration which are accessed opportunities.

I think from the conversations I've had and the conversations going around in the country that the white community and the government realize there is still a large gap between white and Black individuals and the opportunity and racism still exists in our country when some people felt that maybe we had moved past it. What this is showing right now is that it is very much alive."

Drury: "It's extremely inspiring to see a community come together, not only see Black citizens, but see white allies realizing their piece in this that they're part of the problem and there's no middle area. Either you are fighting against racism at an anti-racist perspective or you are actively contributing to by your silence."

Mondaine: "I was very proud. I was a part of those thousands. I spoke to those thousands. I was extremely proud of those young organizers that did a wonderful job at keeping things peaceful and they followed the law. They were extraordinarily respectful and of course the naysayers. The protests have been largely peaceful, but the violent kind of stuff that's been going on is distracting from the overall message and the movement."

The nightly protests and clashes with police

Drury: "It is a complicated part of a necessary, protests are necessary in our country and resistance is important in our country to get elected leaders to listen. The onus is on law enforcement in how they want to respond to those and what message gets lifted up out of there."

Mondaine: "My prayer and hope is that the violence would cease and the voices of the peacemakers would overtake those of the destroyers. That takes greater organizing, getting people out there later at night and fill streets with people who will outweigh the voice of the tyranny and lift up the message. We've got to keep the message strong. Kill racism, kill racism, kill racism."

Do you condone the violence?

Drury: "There is a preponderance of evidence that when protests are happening, if you respond with excessive force it only inflames the tensions. It exacerbates the problem. I'm not sure what the federal presence is aiming to do. It has created more chaos. The image of camouflaged men with dogs and weapons against a largely peaceful movement is very striking."

Where does the movement go from here?

Drury: "The law enforcement agencies have to take a different approach. The community have said, the taxpayers have said they don't want their money going towards sonic weapons used against them, towards tear gas. They want to see a different paradigm of what public safety looks like. I believe it is on the onus of law enforcement, I would ask that they stand down from their nightly tactics. Secure buildings if and when you have to, but to actively engage in the streets with protesters and use excessive force is not working. I would ask that they stand down and allow a few nights of peace to happen and allow organizations and community groups that are trying to create dialogue and allow citizen voices to say what they want to see out of public safety."

Mondaine: "It's going to take patience, we got to understand that Constitution was a borrowed document from England and then we tried to piecemeal it with resolutions that didn't work, the Bill of Rights, the Civil rights Act, they just got ignored. They were just band-aids. So we're going to have to reckon with the problem. We're going to have to tear that system apart and put it back together where it makes all men equal."