'They blew the whole thing back up again': Wheeler wants federal officers out of Portland 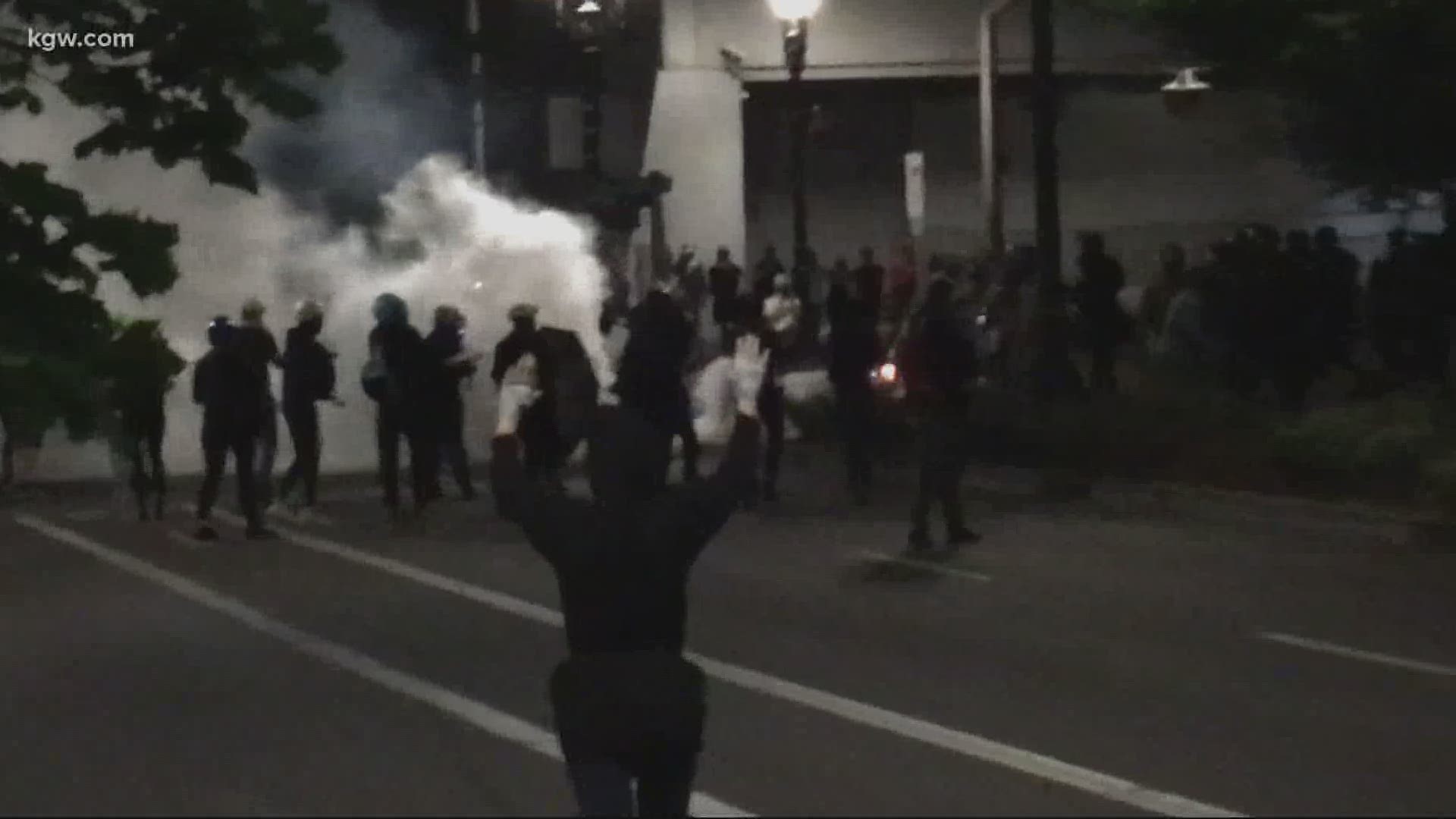 Friday’s news conference was in the wake of increased hostility between city leaders and the Trump administration continues to escalate over the presence of federal officers in Portland. Acting Homeland Security Secretary Chad Wolf toured the city on Thursday after releasing a statement condemning "rampant, long-lasting violence" in Portland, complete with a timeline alleging violence by anarchists on Portland streets.

Nightly gatherings and violence have been going on in Portland for nearly two months.

"This siege can end if state and local officials decide to take appropriate action instead of refusing to enforce the law. DHS will not abdicate its solemn duty to protect federal facilities and those within them. Again, I reiterate the department’s offer to assist local and state leaders to bring an end to the violence perpetuated by anarchists,” Wolf said.

Meanwhile, videos on social media and an OPB report detailing demonstrators being picked up by federal officers in unmarked vans brightened the national spotlight on Portland.

Mayor Wheeler and other Portland city leaders said they did not ask for help from federal officers and they want them out of the city.

During the Friday press conference, Wheeler said the presence of DHS officials and federal officers is making matters worse in Portland.

He said In the days prior to the federal government getting involved, police were de-escalating the situation, starting with the removal of the Justice Center fence. He said people were engaging in productive conversations with police.

"The energy in the crowd was decreasing people. People were moving on, then feds came in on inflammatory messaging from President Trump, as well as DHS," he said. "They blew the whole thing back up again, the numbers escalate, new people are coming in from out of state anecdotally, Texas, Arizona lots of people from Washington. This whole situation is blowing up. I believe we can handle it better."

Chief Lovell agreed, saying, "Their actions have ratcheted up tension on our streets and it has caused more people to come downtown to demonstrate."

"We say to the Trump administration, 'Take your troops out of Portland and let us handle it.' We can handle better than they can what's going on in our streets."

Wheeler on Thursday called the deployment of DHS officers to Portland “a coordinated strategy from the White House,” and said the officers are just not helping what was already a tense situation.

This is clearly a coordinated strategy from the White House.
It is irresponsible and it is escalating an already tense situation. Remove your heightened troop presence now. https://t.co/po6jOg43RT

Federal officers on Thursday night fired pepper balls, tear gas and flashbangs at protesters after someone lit a firework in their direction.