Earlier in the evening, Commissioner Jo Ann Hardesty held a vigil to support Portlanders' rights to free speech and assembly. 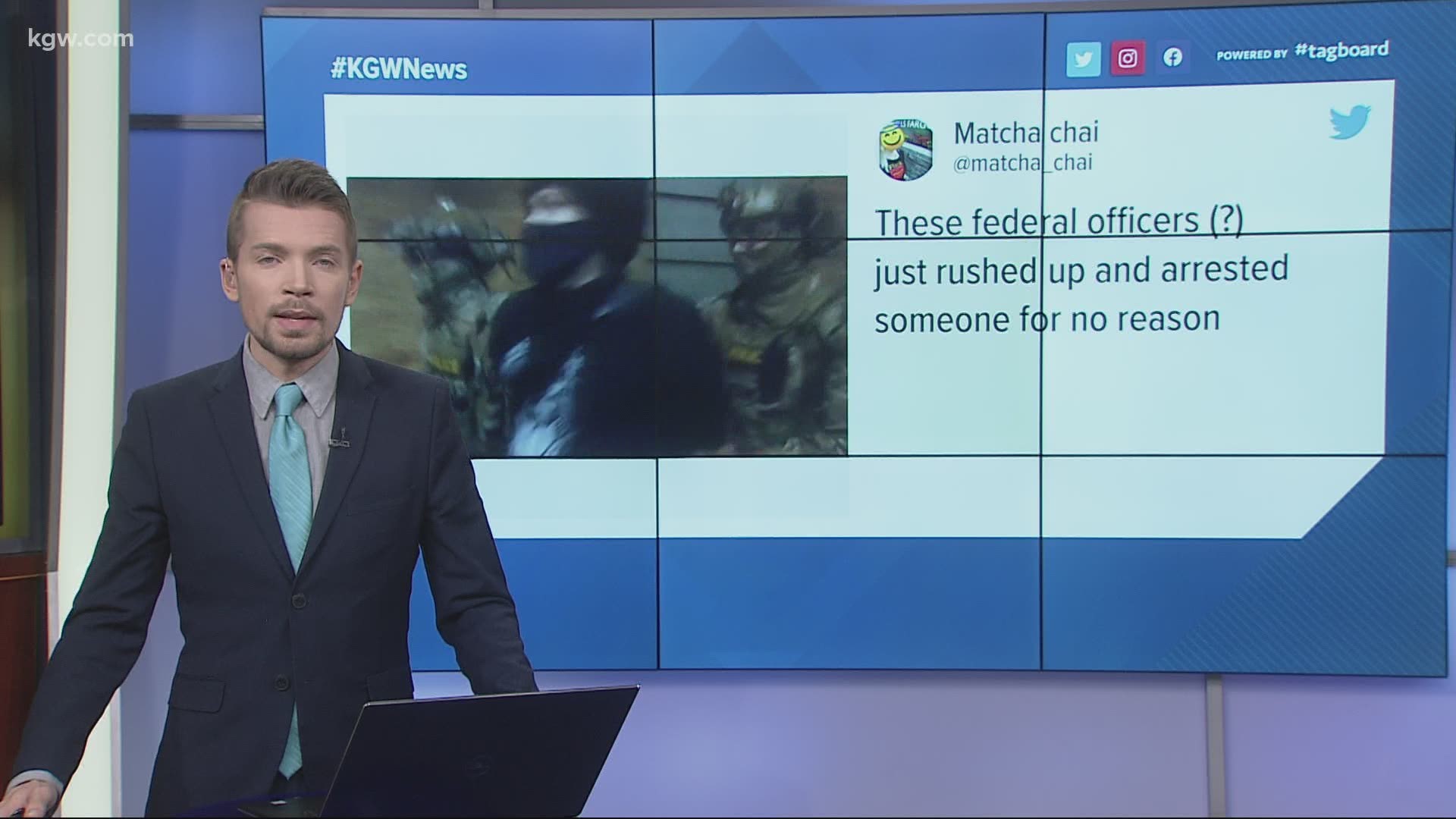 Earlier in the night protesters had taken down fencing from Chapman and Lowndale Square parks and used it to barricade the doors of the Justice Center and the federal courthouse, and to block traffic, police said.

Police declared an unlawful assembly and arrested several people, but said in a statement early Saturday morning that the Portland Police Bureau did not use any CS gas.

It's the latest development as tensions between protesters and law enforcement have risen since the arrival of federal agents.

That’s not to say there haven’t been tensions over the past 50 days, as many nights have ended with clashes between protesters and Portland police, who have responded with riot declarations, tear gas and other uses of force. But the presence of federal officers has led to escalation, including a protester being hit in the head with a crowd control munition last weekend and reports of federal officers discreetly pulling protesters off the streets.

Earlier in the evening, at 7 p.m. Portland Commissioner Jo Ann Hardesty organized a candlelight vigil to support Portlanders' rights to free speech and assembly. Hardesty is calling on federal officers to stop occupying city streets, adding that the community and protesters are not the enemy.

"I cannot accept that we have armed militia people abusing our community members and people at the highest level of government are saying there’s nothing we can do,” Hardesty said. “If I’m going out, I’m going out fighting. I’m not going out a sheep.”

Hardesty is not alone in her fight. She was joined by many faith leaders.

“I’m deeply concerned about what’s happened in Portland the last several days,” said Rev. Dr. Chuck Currie. “The federal police officers who have been in our city arresting people without due process; that can’t continue.”

Nadia Hitchcock was part of the crowd outside the Justice Center during the vigil.

“I’m disabled and I’m really sensitive to sound,” she said. “This is the first time in a long time I’ve come out to a protest, but I think this is a turning point in our country’s history.”

To Hitchcock and others outside the Justice Center, enough is enough.