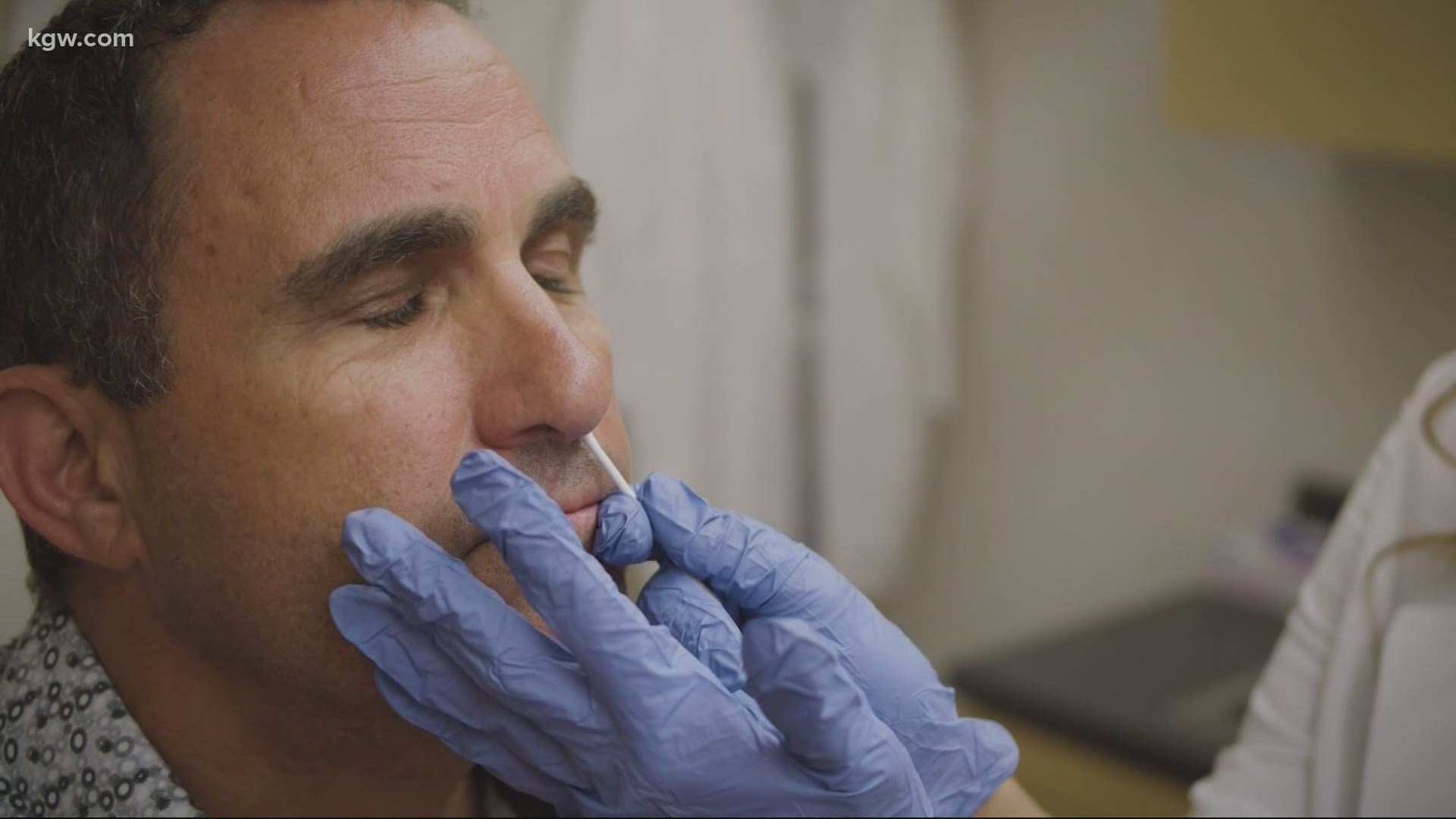 PORTLAND, Ore. — The Oregon Health Authority will change the way it counts COVID-19 tests after a KGW report revealed the current method underreports the actual number of tests given on a daily basis, which pushes up the state’s positivity rate.

The positivity rate is an important metric that reveals how many people tested positive out of all the people tested on a given day. The number is used to help determine things like when it's safe to open schools or when to limit some businesses.

“Up until this point we have captured and reported people tested because our infectious disease database was created and formatted to track people as opposed to laboratory results,” explained Dr. Melissa Sutton from the Oregon Health Authority.

Under the current practice of not counting people who are returning for another COVID test, the state’s positivity rate right now is 12.9 percent. Under the new system of counting all tests each day, the rate is 6.7 percent, according to OHA.

Governor Kate Brown said the former practice was approved by the Centers for Disease Control but agrees it should change.

“I have been tested three times and because of the way we've been calculating it, that’s only once in the system. And that worked at the beginning of the pandemic. I would argue that it is not the best measure for now,” Brown said.

Instead, the state will begin reporting the total number of tests taken per day regardless of whether people in the group have been tested in the past.

Dr. Sutton said Oregon is in the middle of the pack compared to other states when it comes to the number of tests performed and is confident the new reporting system will show that.

OHA still cannot answer the question of how many tests are available on a weekly basis, how many are used and how many are left over.

Dr.Sutton said it’s hard to figure out how many tests are available because many tests are sent out to national labs. But advocates consider it an important question because they want more front line workers like grocery clerks tested on a regular basis as well as those working in senior care settings and underserved communities.

And here's one more interesting gap in the state's testing results: Leaders say roughly 113,000 tests are performed each week in Oregon. Under the current system, results show only 50,000 people getting tested.

That’s a gap of 63,000 people tested but not counted. Dr. Sutton said she believes 63,000 people are coming back for repeat tests and not being added to the daily counts.

"When you think about the fact that almost one in four Oregonians have been tested to date- I think it makes sense that the pool of people that can be counted shrink pretty significantly as our case counts have skyrocketed."

Despite being asked several times, a spokesman for OHA did not respond when asked when the state will begin using the new test counting method.

Have a story Pat should know about? Email him at pdooris@kgw.com