The state also does not know whether 154,000 federal tests given out over several weeks were used. 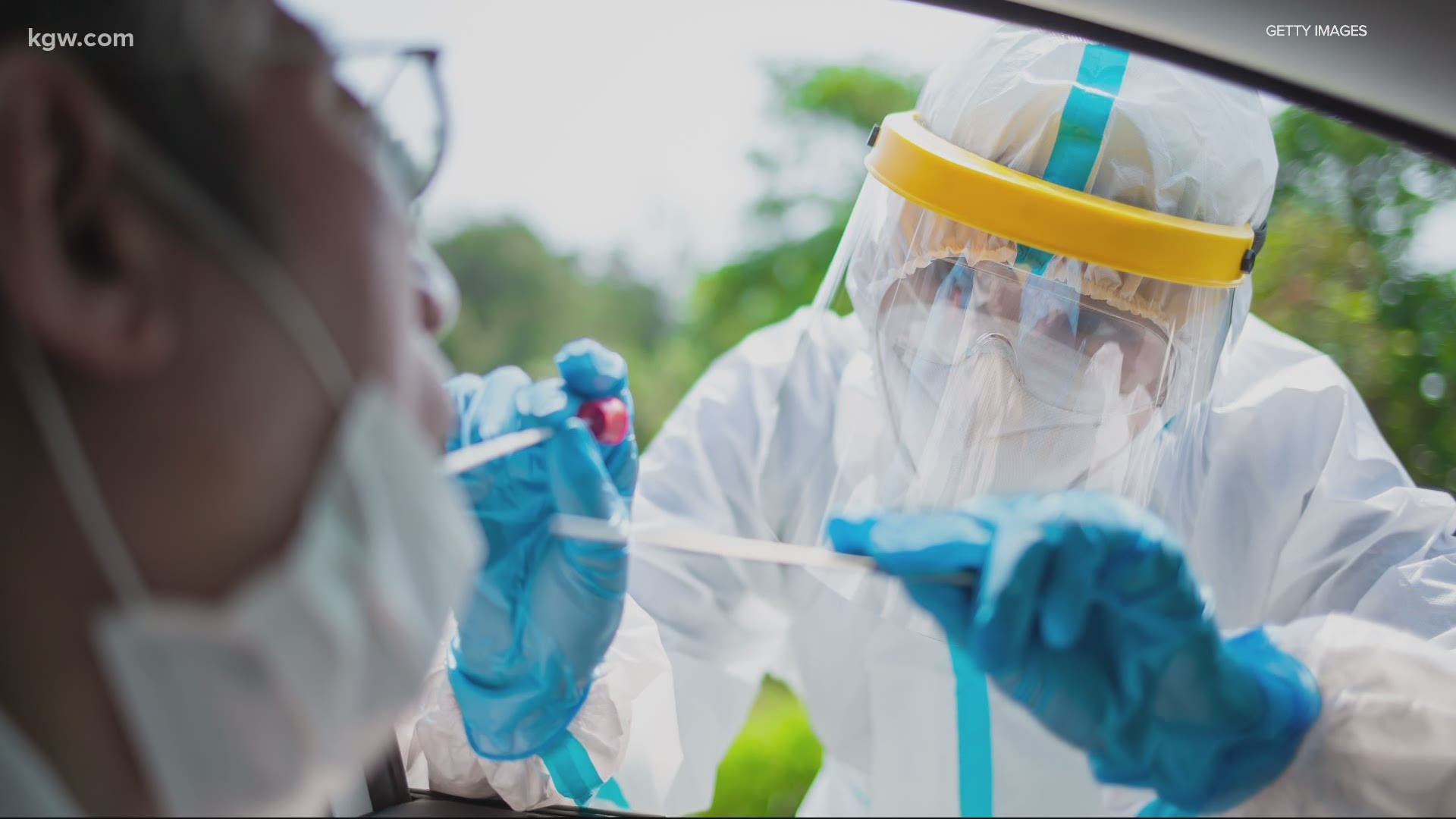 PORTLAND, Ore. — Eight months into the pandemic, the Oregon Health Authority (OHA) is using a system to count COVID-19 tests each day that may undercount the actual number of tests by tens of thousands and gives potentially misleading accounts of how much testing is happening in the state.

An OHA official also admitted the agency doesn't know how many tests are available each week, how many are used, or how many are left unused.

“The total number of tests in Oregon is not a number that we have access to,” said Dr. Tom Jeanne, the Deputy Health Officer for the Oregon Health Authority. “Most of those tests are in the hands of hospitals and health systems.”

KGW surveyed the four largest health systems in the Portland area, as well as Oregon State University, and found they have a total capacity of roughly 48,000 tests per week.

Dr. Jeanne said he believes the actual number of tests performed in Oregon is closer to 113,000 a week.

“That 113,000 is the weekly amount of electronic lab reports, once we’ve gone through the de-duplication and the basic data cleaning," he said. "So it’s a rough estimate, but its not the most accurate count.”

And that’s where the confusion comes in.

Each day OHA posts a number on its COVID-19 dashboard so the public can see how many tests were done and how many people tested positive or negative.

A bit of extra math would allow you to calculate the positivity average for each day as well. That’s an important metric because its an indicator of how fast the virus is spreading. A positivity average of 5% or less is often talked about as a statewide goal in Oregon.

For example, using the OHA dashboard on Nov. 18 to count the number of tests from Nov. 8-14, you would see that 46,170 people were tested in Oregon.

And you would be wrong.

Because OHA decided way back in the beginning of the pandemic that it was more important to track how many new people were getting tested each day or week, not how many total people were tested.

The result is an undercount of tests in the public reporting, although it’s unclear how many people are missed.

If a person got an initial COVID-19 test in early October and the result was negative, then returned for another test in late November, that person would not be counted in the daily testing numbers that second time around.

“The numbers we’re reporting out are the new number being tested,” said Dr. Jeanne.

But even that system is failing.

“We’re starting to see a real discrepancy between the total number of tests and the new people tested at this point,” he said

Remember, his estimated total number of tests run each week is 113,000. But for our sample week the state reported just 46,170 tests. That would seem to indicate 66,830 people in one week were back for a duplicate test but not counted by the state.

“At this point there are many people who have been tested at one point in the past eight months," he said. "So if you’ve ever been tested negative the current system is not counting you in that denominator, even though we have you in our database.”

He added that the system is now being overwhelmed and it will be changed in the next two months or so to make the testing count more accurate.

The lack of accurate information frustrates some, like Dr. Sharon Meieran, a physician and member of the Multnomah County Board of Commissioners.

“Testing is an essential part of the strategy for combating COVID,” said Dr. Meieran.

She has called for a statewide COVID "czar" who would coordinate things like testing. But so far that has not happened.

Dr. Meieran said it's important to know whether there are unused tests because several communities, including the Black, Indigenous, people of color and others still do not have enough COVID tests.

“We should have a coordinated testing strategy for nursing homes,” Meieran said. "I’ve been asking about it since the beginning of this pandemic and have never seen any strategy to date."

She said she's run out of patience with the OHA discrepancy in testing numbers.

“We are eight months into this pandemic at this point," she said. "A couple months in, maybe, I would accept, 'It’s really hard. We need to figure this out, this is unprecedented.' At this point, its precedented. And to not have a plan for this in place, and a way to effectively manage our resources to engage in appropriate testing? I don’t accept that.”