Gov. Brown says stay-at-home order was made to ‘protect all of Oregon’

The governor said she spent the weekend talking with public health officials and more than 200 elected officials around Oregon to craft the order. 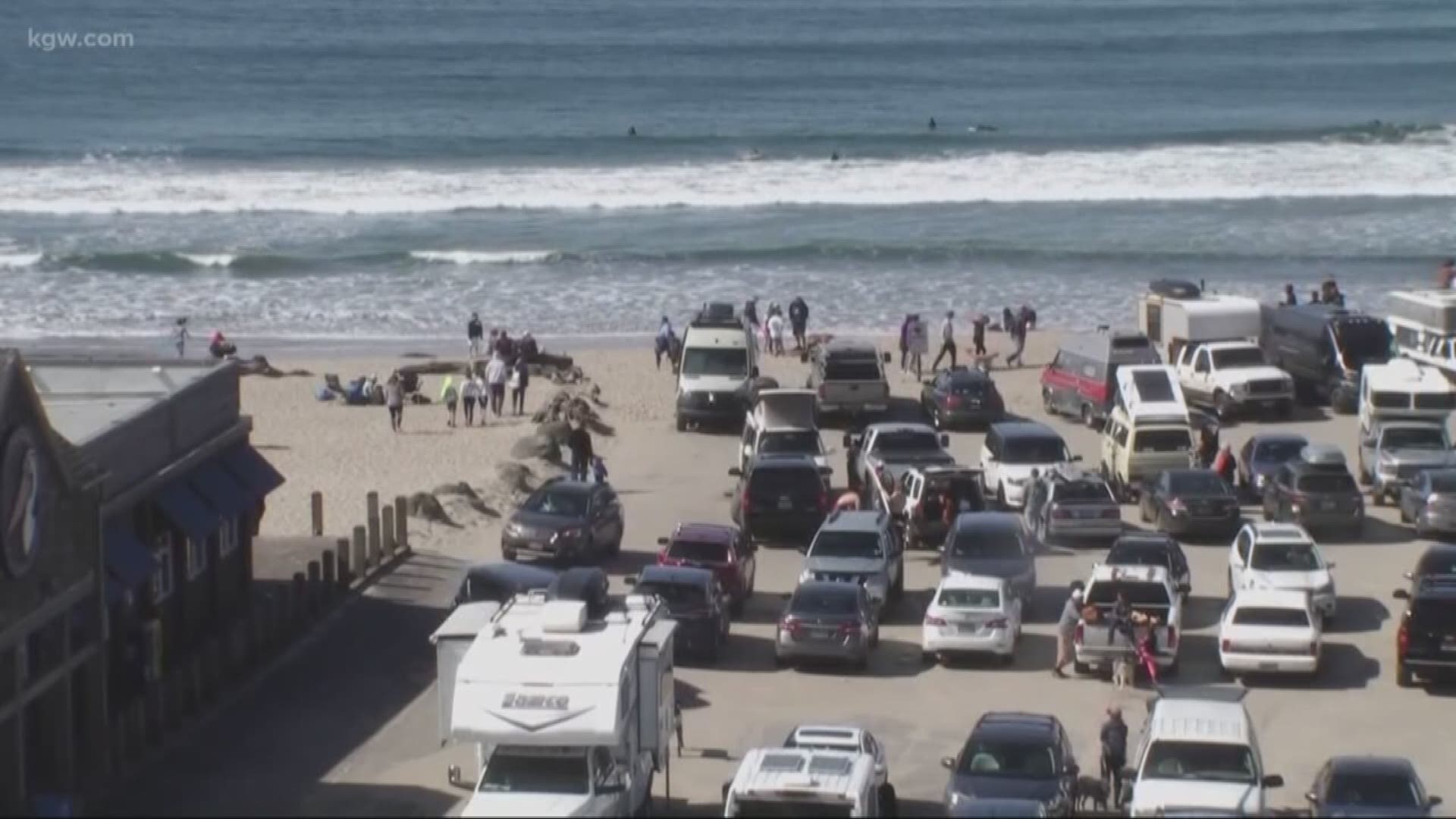 PORTLAND, Ore. — Oregon Gov. Kate Brown issued a statewide stay-at home executive order Monday morning that included the closure of certain non-essential businesses and constrained social and recreational gatherings. The order is the state's strictest attempt yet to influence social distancing with the hopes of curbing the spread of COVID-19.

The move comes after the governor last Friday said she didn’t want to issue a statewide order, but still urged people to stay home. But as many people flooded Oregon’s beaches and popular spots in the Columbia River Gorge, which Brown admitted she was “very frustrated” by, the governor said she spent the weekend examining other states’ stay-home measures and talked with Oregon public health officials and more than 200 elected officials from around the state.

"I was working on statewide policy that would protect all of Oregon, I wanted to collaborate and do it thoughtfully,” Brown said during a Monday afternoon phone call with reporters.

The order specifically lists certain business to shut down, such as arcades, barber shops, malls and many more. You can read the full list of businesses in the executive order.

Some businesses, such as grocery stores, banks, pharmacies and gas stations, can remain open as they are deemed essential to daily life. Still, those business should be enforcing social distancing, Brown said.

The governor said unless businesses are specifically listed in the order, then they can stay open as long as they comply with the following demands:

“I’m not interested in taking someone’s job,” the governor said.

With that said, businesses that remain open but don't practice social distancing will be shut down, Brown said. She cited previous examples, including a bar in Pendleton that remained open on St. Patrick's Day and a party on the Oregon Coast this past weekend, as examples of law enforcement stepping in when necessary.

Included in the order is the closure of public recreational areas, such as pools, skate parks, outdoor sports courts and playground equipment areas.

People who fail to comply with the new state requirements will be subject to committing a misdemeanor crime with a punishment of up to 30 days in jail or a fine of up $1,250. The governor asked Oregonians to take personal responsibility so law enforcement agencies can focus on other emergencies instead of breaking up gatherings or shutting down businesses.

Brown hopes to get updated modeling later this week to see what impact previous social distancing measures have had on the spread of the coronavirus in Oregon. As of Monday morning, 191 Oregonians had tested positive for COVID-19, including five people who died.

She said those updated models will impact how long the executive order remains in effect. As for now, the governor admitted she doesn’t know how long it will last. But, in addition to the safety of Oregonians in rural and metropolitan areas, she said she wanted the order to be sustainable and, if needed, be able to last longer than a couple of weeks.

Ultimately, Brown said, it will be people's actions that determine how long these social distancing measures will be in place.

“Your actions have impact on other people and that by using social distancing you can save lives,” Brown pleaded to Oregonians.

RELATED: Does washing clothes kill the virus? What about sunshine? Your coronavirus questions answered