From July 1-13 last year, police responded to 11 shooting incidents. During the same time period this year, there have been 42 shootings. 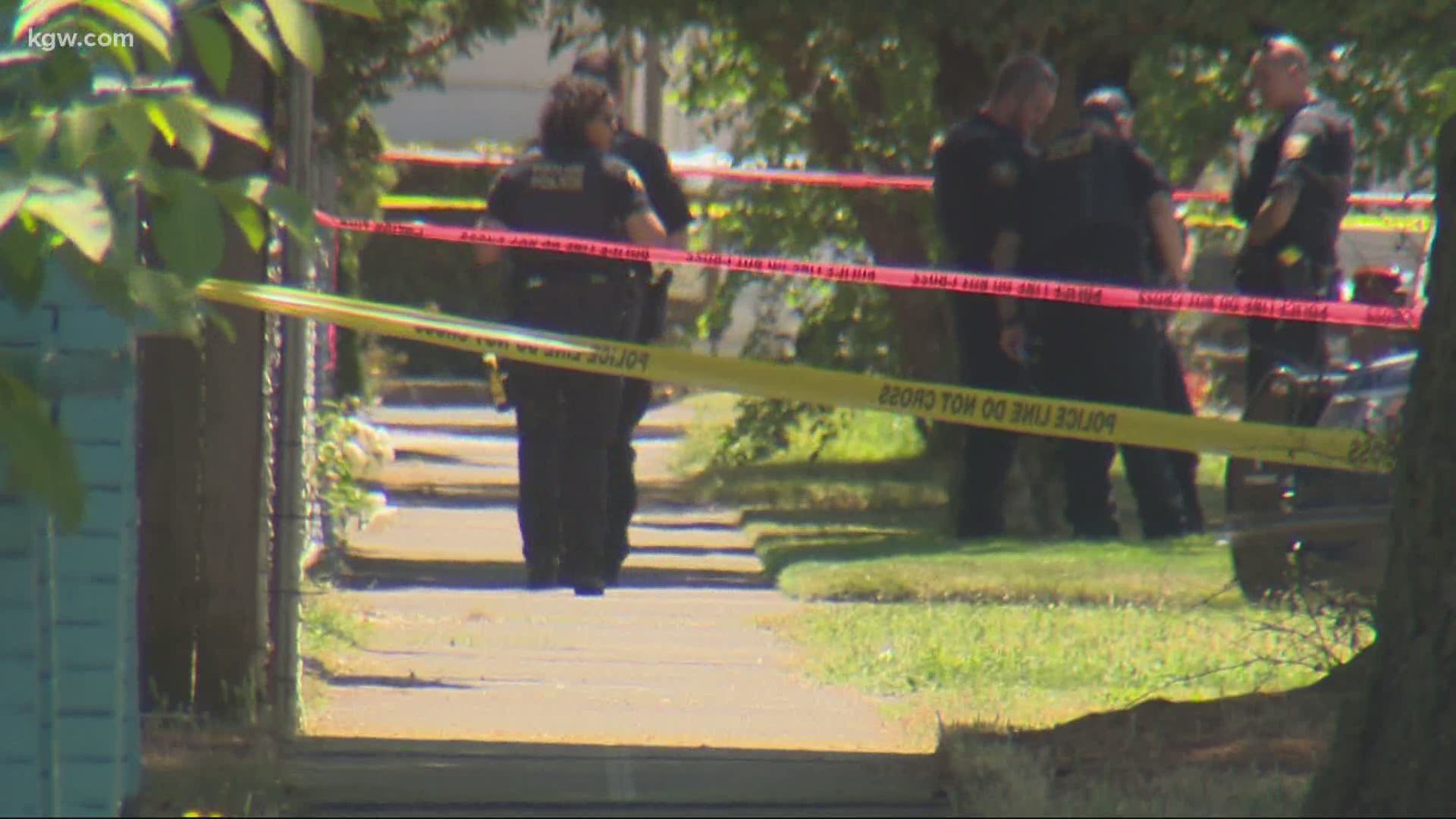 “Our neighbors are being hurt by this violence; they're being killed. The violence and the loss of life are unacceptable. The silence over this gun violence is also unacceptable,” said Portland Mayor Ted Wheeler.

From July 1-13 last year, police responded to 11 shooting incidents. During the same time period this year, there have been 42 shootings, nearly four times as many.

“Five victims of homicide within 24 hours is staggering,” said Portland Police Chief Chuck Lovell, who added, “to the family and friends who lost a loved one, I send my sincere condolences.”

The homicide count for the year is up to 16 now. Eighteen-year-old Shai-India Harris was killed on the street in Southeast Portland's Lents neighborhood last Friday afternoon. Witnesses say she was standing outside a car and arguing with people inside when she was shot.

"She didn't deserve this, nobody deserves this. I don't wish death on nobody's child," said Renee Harris, the victim's grandmother, who was distraught and managing her loss.

The spike across Portland is happening as the police bureau recently ended its Gun Violence Reduction Team. The city council ordered it done, along with other cuts. The chief said he can't blame the recent spike on that, and despite the changes, gun violence is a top priority.

“These are still making their way to detectives to get investigated. We've made several arrests in these most recent cases, and I think for us it's really about figuring out the most efficient system.”

It was the day after the Fourth of July on Joleen Coffield's street in Lents.

“I actually thought it was fireworks and so I went outside my front door to see what happened,” said Coffield.

The sound at 9 p.m. was gunfire from a drive-by shooting. A few houses were hit, including Coffield’s home. One bullet tore through a window and through the front room.

“They stand right in that very spot watching cartoons and so we were very lucky we were getting ready for bed in another room, but had it been any other time of the day it could have been any one of us," said Coffield.

Instead, her baby daughter found the spent bullet that had ripped through a case of CD’s and damaged a television, and put it in her mouth.

“I set my daughter down and was calling 911, so I was in the phone. And she had picked (the bullet) up and had it in her mouth, which was pretty terrible and frightening for us,” said Coffield. The baby was checked by doctors and is doing fine.

But Coffield is frustrated by defunding police programs she feels hurt the safety of her neighborhood and others.

“So it’s really upsetting to me and as a person in the community. I don’t even know who to write to to say ‘Hey I don’t agree with this’” she said.

Her family plans to move somewhere they feel safer.

Portland’s mayor called for people to help to solve recent shootings and hopefully discourage others.

“If you have information about one of these crimes please share it with us so we can solve these cases,” said Wheeler.