Portland City Council has passed a budget that takes $15 million away from the police bureau, after failing to get a unanimous vote last Thursday. 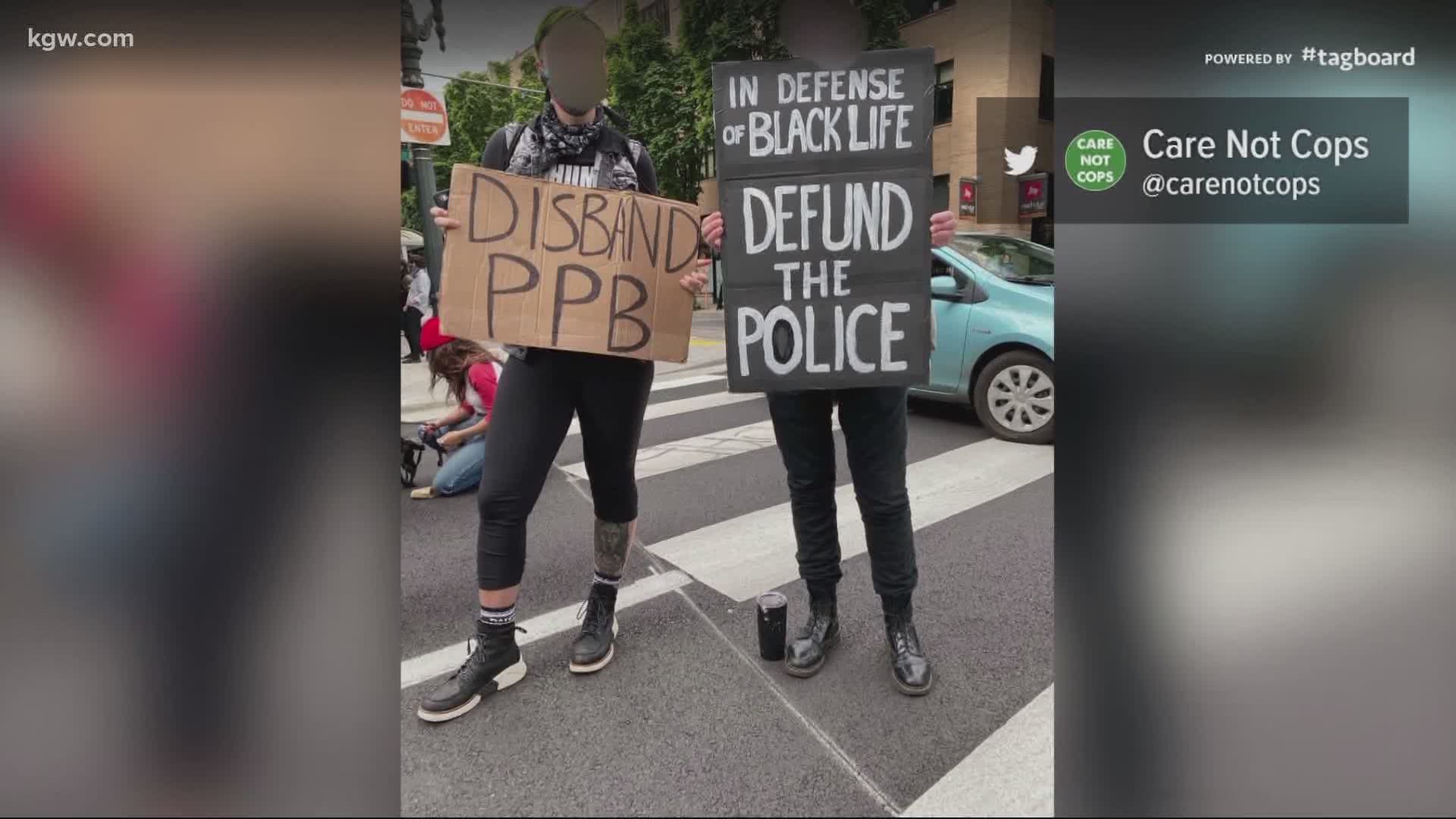 PORTLAND, Ore. — The Portland City Council has passed the 2020-21 budget 3-1, after failing to pass it last week. Included in the budget are plans to cut at least $15 million from the police bureau, eliminating 84 positions.

The council needed all four commissioners to vote yes to pass the budget last Thursday but Chloe Eudaly voted no, saying the cuts don't go deep enough. Activists were demanding a $50 million cut to the police bureau.

On Wednesday, Eudaly voted no again, and said her primary concern a week earlier had been that Portland was not reducing the overall number of police officers. She had proposed cutting many more positions within the police bureau.

But she acknowledged that this time around a unanimous vote was not necessary and the budget would pass with or without a yes from her. She also said in spite of her no vote, this is a historic moment for Portland.

"Please take a moment to celebrate this victory, and let it fuel your fire, because we're not done," she said.

Before the high-profile killing of George Floyd in police custody, and the widespread unrest that followed, the bureau was scheduled to get a $3 million increase in funds.

As the city council session was underway Wednesday, protesters from the group Care Not Cops held a demonstration outside of Mayor Ted Wheeler's residence.

"While I sit here as a middle-aged white guy who is fortunate in so many ways, I do believe that I have an important role to play in this transitional period," Wheeler said. "As i speak there are hundreds of you out in front of my apartment building...I hear you and I see you...And I'm going to be with you all the way."

Commissioner Jo Ann Hardesty, a longtime activist, has tried for decades to change the Portland Police Bureau from the outside. In 2019 she became the first black woman to serve on Portland’s city council and immediately started working on police reform.

Last year she attempted to defund the Gun Violence Reduction Team, because she believes it is racist, but her proposal was overwhelmingly voted down. This year, that's part of the budget.

Hardesty had been disappointed in Eudaly's no vote last Thursday.

"While my colleague can take a principled 'no' stance on passing this budget, I as a black woman cannot. I have spent countless hours moving my colleagues to support what I’ve proposed," Hardesty said. "Last year I proposed only half of what was brought to the table this year, and did not receive one single vote in support, including hers."

Hardesty said on Wednesday that the $50 million cut mentioned last week was not based on any rational analysis, and if it had been, she'd have investigated and considered it.

She added that, amid two major crises, the budget that city council passed was the third iteration of the 2020-21 Portland budget. And she said the overwhelming response from the citizens has warmed her heart and her soul.

"What I know is that there are a lot of people taking to the street every night who have not before this month actually understood all the work that community and government has done to led us to this point," Hardesty said.

Her budget amendments also took away $2 million in cannabis tax money that the police bureau receives.

"If ever there was a time for white people to be quiet and listen...this is that time," Commissioner Amanda Fritz said. "The city budget is a moral document. It's also a document that comes from everybody in the city...wondering how they can do their jobs better and wanting to be public servants who serve our communities—all of our communities—the best we possibly can."

When it came time for the public testimony on the city budget last week, an astonishing 742 people signed up to be heard. The testimony went on for hours, with nearly everyone called for defunding the police.

Hardesty said this is just the beginning. She said the new political climate can help her and Mayor Wheeler examine every specialty unit within Portland police, and make changes where needed.

RELATED: Portland City Council to vote to establish Juneteenth as a paid holiday