'Help your neighbor out': Brother and sister team up to clear storm debris around Mt. Tabor

In response to the mounting damage in their neighborhood, the siblings rallied co-workers to help them clear more than two tons of debris. 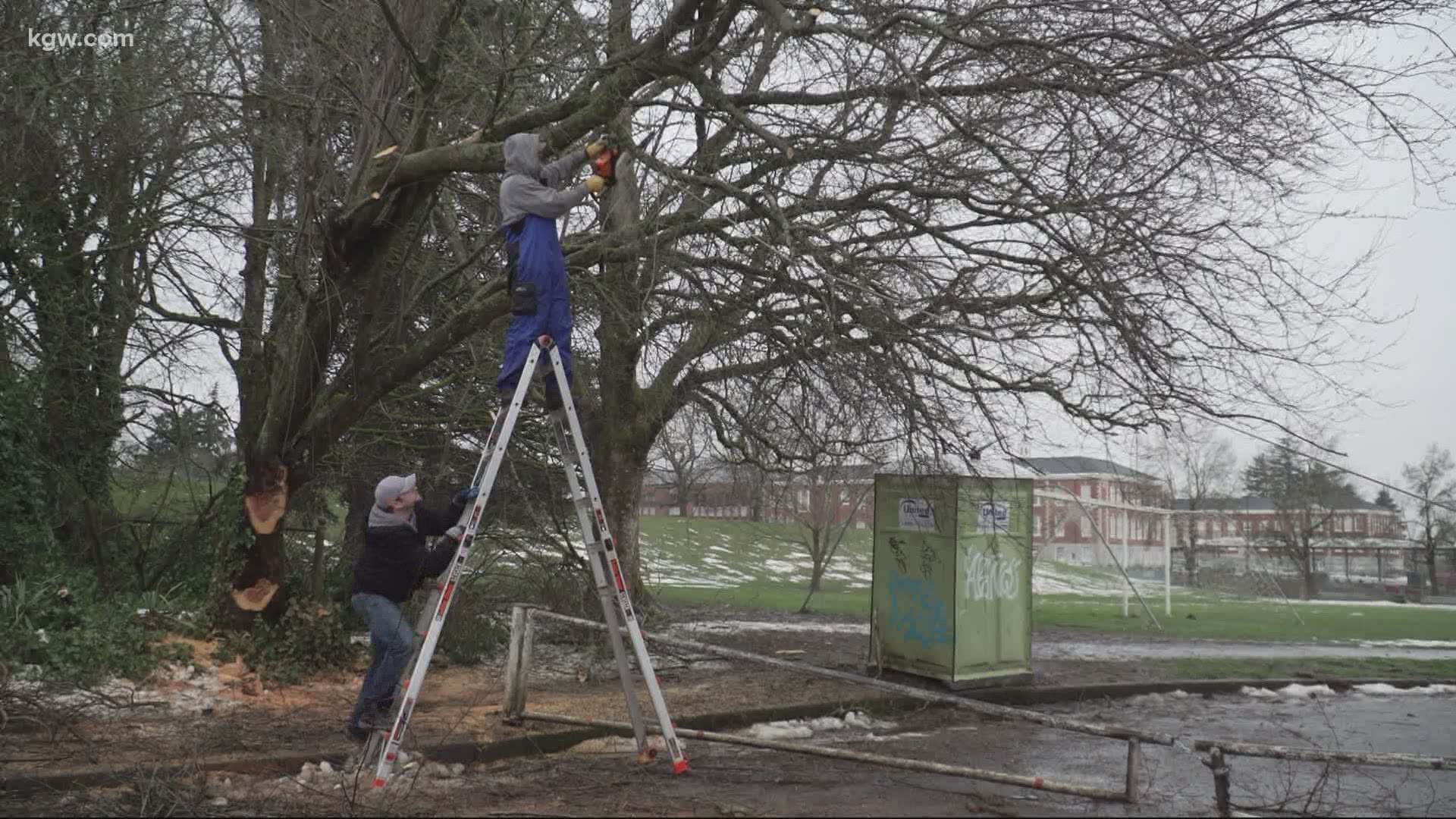 PORTLAND, Ore. — In Southeast Portland, many homes lost power from fallen trees after last weekend’s ice storm. But now the area around Mt. Tabor looks a lot better, thanks to the generosity of a brother and sister team and their employees.

“This is our neighborhood,” said Lief White, who owns Why Wait Construction with his sister, Michelle Judson. They along with their employees spent Wednesday and Thursday voluntarily clearing fallen trees and other storm debris from neighbors' yards.

“We noticed all these trees were down,” said White. “We thought, 'Well, we were talking about it? Why not just go out and do something?'"

The siblings posted their offer to help on their neighborhood Facebook page and Nextdoor and got more than 20 requests. They also offered to help neighbors where they saw a need.

“I've just been knocking on the doors asking people if we can clean up their yards,” said Judson. “It's super rewarding. We've moved trees that are down in front of people's walks where they couldn't even go to their front door."

Sarah, who accepted help from Judson’s crew, lost a plum tree in the storm. The debris was a big burden to her family in addition to losing power and hot water.

“It was such a wonderful gift that they offered to the community to come around and help clear debris,” said Sarah. “My husband has been doing it bit by bit, but we both have busy jobs, we have three children, so it's been challenging thinking about getting it all done.”

By Thursday afternoon, the crew of volunteers had removed around two tons of storm debris from their neighbor’s properties. White said he hoped their efforts would inspire others to do what they can to help during this difficult time, even if it doesn't mean picking up a chainsaw.

“Do what you can to help your neighbor out,” said White, "'cause that's how we're going to survive this.”

RELATED: PGE plans to restore power to all but about 15,000 by Friday night