PGE plans to restore power to all but about 15,000 by Friday night

The power company has restored power to more than a half-million people, but the work to end frustration for customers is not over. 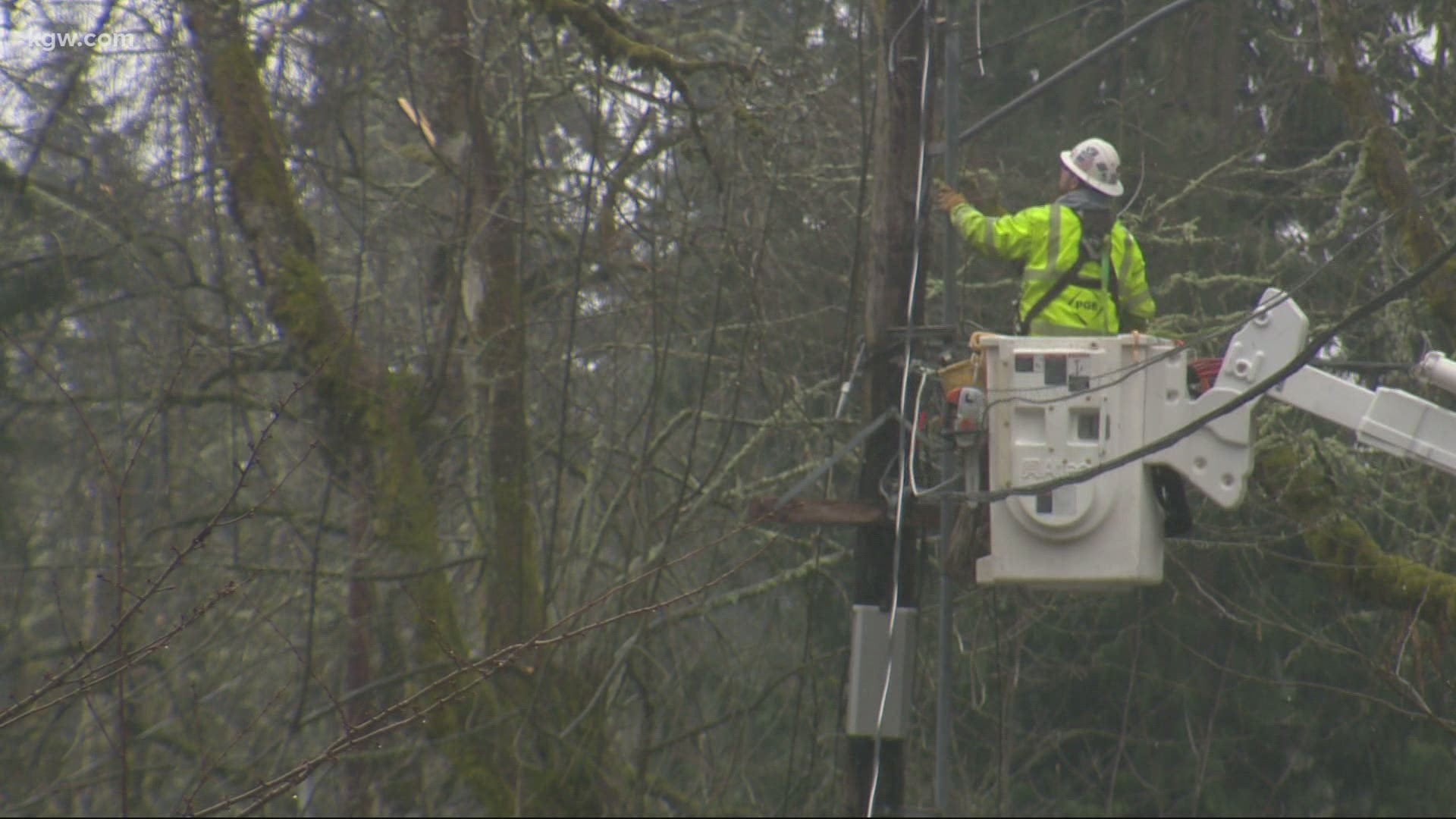 PORTLAND, Ore. — Portland General Electric’s (PGE) top executive called it a once in 40-year storm. The icy side of it did a lot of damage. PGE said hundreds of crews are working 24/7. But they still have about 80,000 customers without power after winter storms last week. At a news conference on Thursday company leaders said most will get their electricity restored by the end of Friday night.

So far, PGE has restored power to 567,000 customers. They plan to have 65,000 more powered back up by the end of Friday night. That leaves 15,000 still in the dark into a second weekend. PGE said the following areas my take more time to get power back.

Get the latest information from PGE

Ann Moses has no power at her family farm between Oregon City and Estacada.

“We’ve been without power since Friday and without any idea when it’s going to be restored,” said Moses.

She's frustrated by the response she got when calling into PGE, from an agent and then supervisor who had no better information.

“And (she) wished me good luck which I'm sure she meant well but it was kind of a ridiculous thing to say because our animals don't rely on luck to survive, they rely on us, and we rely on PGE for our power," Moses explained.

PGE’s president and CEO, Maria Pope, couldn't say today when everyone will be back with power. Pope promised to keep up the pace until the job is done.

“We will continue working 24/7 all through the weekend and into next week to ensure that those customers get their power on as quickly as possible," she said. "And we will have more information as we continue to discover the extent of the damage.”

Pope also acknowledged that people were told by PGE that their electricity had been restored when in fact it hadn’t. Pope blamed the problem on automated meter readers putting out bad information.

“Through yesterday and today we are spending a lot time addressing that issue and our hearts go out to those who returned home and still do not have their power on," Pope said. "I’m sorry and we’re addressing it as fast as possible."