Coverage for property damaged by trees and other storm-related mishaps usually falls on the property owner's insurance company, say experts. 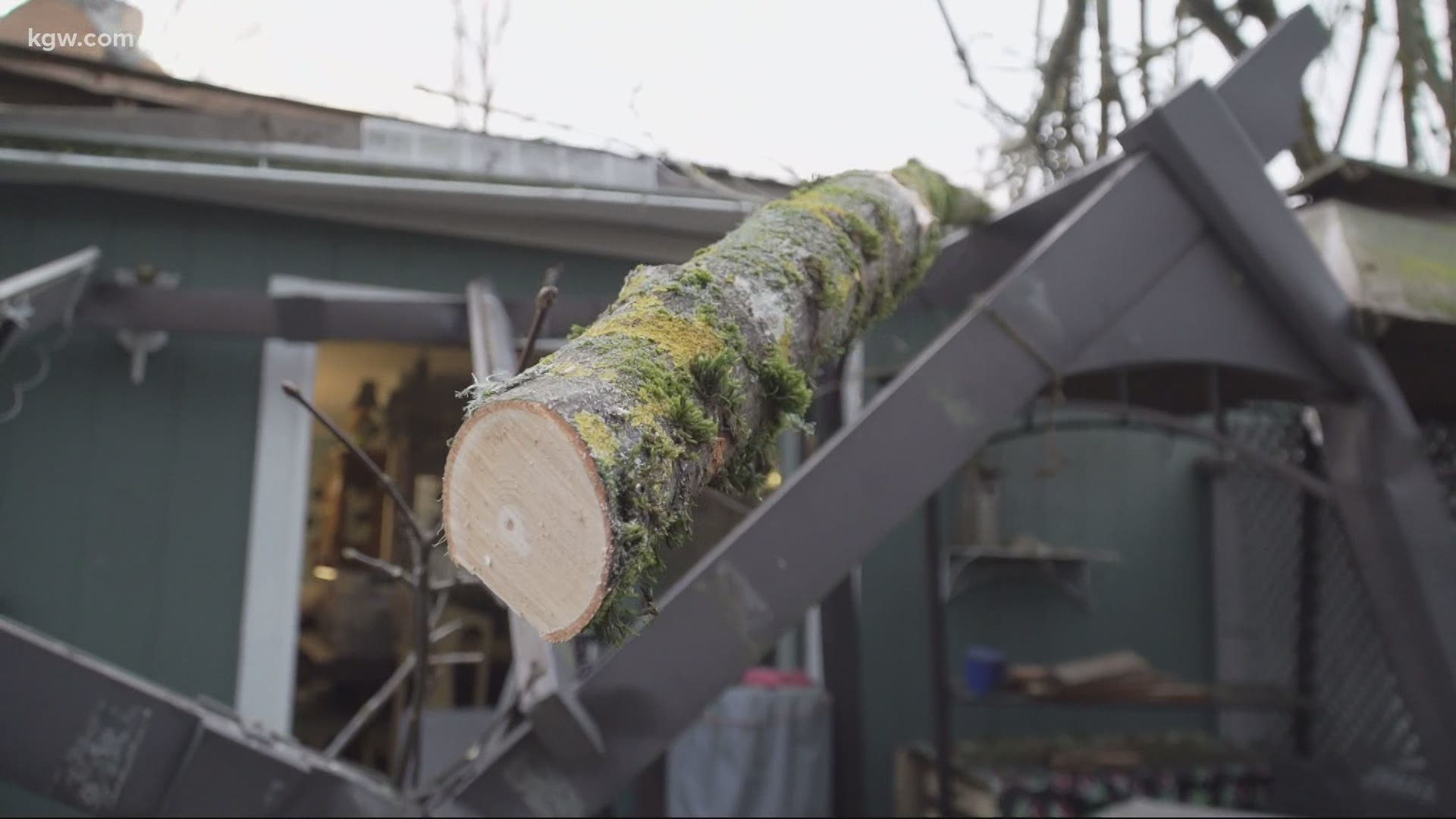 CANBY, Oregon — On Friday night, two 45-foot maples crashed through the roof of Kitty Caul’s home in Canby. It had been freezing rain for hours and the ice collected on the trees became too heavy for even the 3-foot diameter trunks to withstand.

“They took out our living room," said Caul. “I thought, holy cow! I never would have expected it.”

The trees came down shortly after 10 p.m. Not long before that, Caul and her husband had been relaxing in their living room when their home lost power. It was a nuisance that turned out to save their lives.

“We thought, we might as well go in the bedroom and get snuggled in and take our dogs with us,” said Caul. “We were in there for about 15 minutes when we heard this boom … We came out and where I was sitting has the ceiling in it.”

The Cauls are staying in a hotel while a contractor removes debris and makes their house safe again.

Speaking of insurance, a lot of people may be wondering who is on the hook when it comes to weather-related damage like fallen trees. Caul’s case was extreme, but what if a neighbor's tree falls into your home, fence or even your car? Whose insurance pays for the damage?

“A lot of people make the mistake of thinking that if a neighbor's tree falls onto your yard, that their insurance company will cover the damage to your house,” said Derek Wing, communications manager for PEMCO Insurance. “The truth is that it's actually your insurance company that would have to pay for any damages or any fixes.”

Wing said the exception to that is negligence, like if your neighbor knew their tree was sick or bug-infested and could have done something to prevent it from falling, but didn't. Wing also said as the snow melts, there may be flooding, which is another important topic regarding insurance coverage.

“Contrary to what you might believe, your home owners insurance or renter's insurance isn't going to cover that kind of flooding,” said Wing. “So you have to get a special kind of extra insurance on top of your regular insurance to be covered for this kind of runoff.”

Back in Canby, Caul is surprisingly unconcerned that half her house is gone. She's too focused on being grateful.

“My dogs are ok, we're ok,” she said. “The other stuff is all replaceable.”