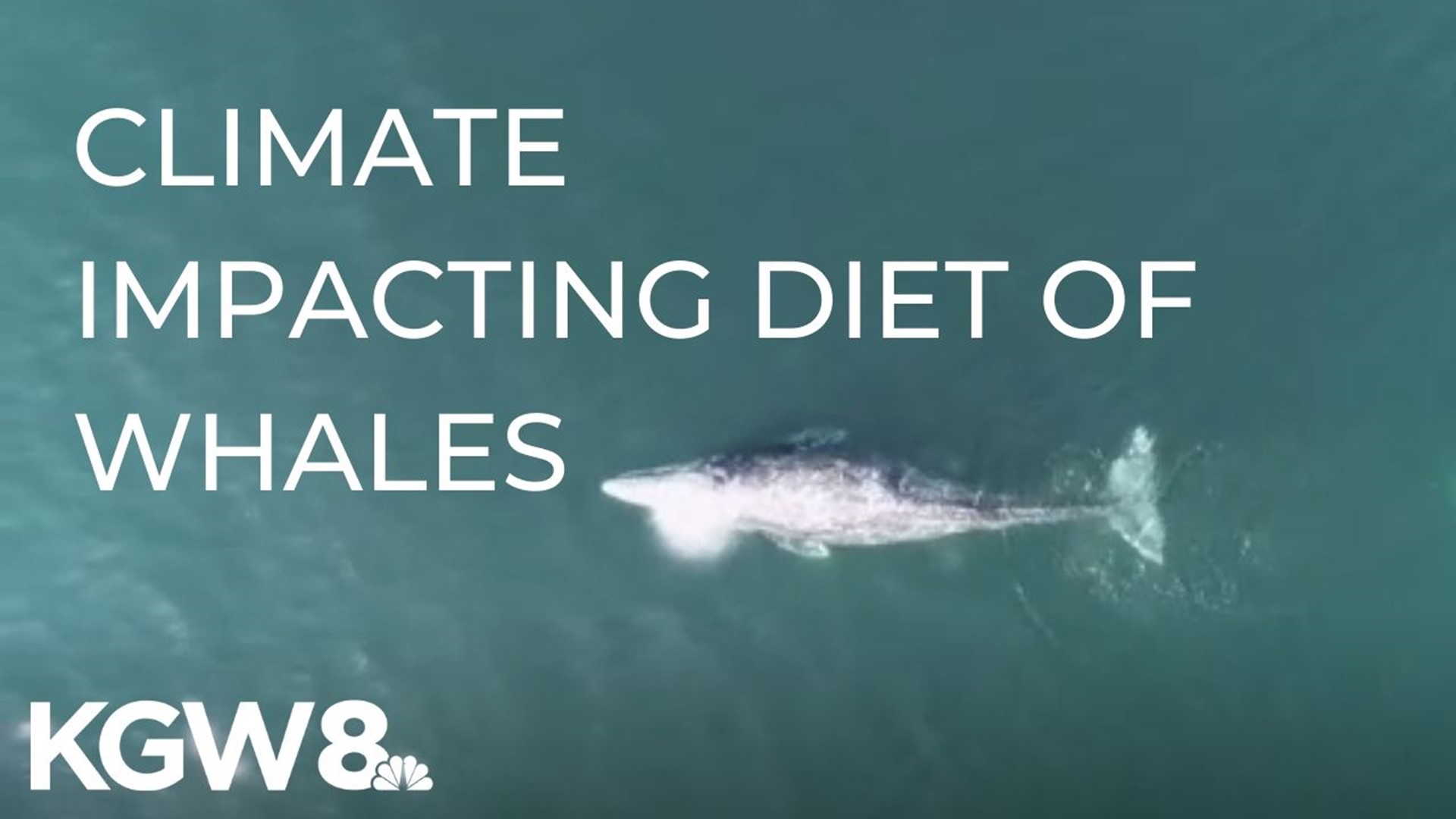 And every summer Leigh Torres is out on the ocean right there with them.

"We do these sort of health check-ups on individual whales," she said.

Torres and a team of researchers have been studying the whales off Oregon's coast for the last five summers.

They use drones to help first locate the whales and then get a good look at them.

"We can see through the water pretty well to see what they are doing underwater... which is all great information," she said.

While drones allow the researchers to better understand the whales from the outside, to fully understand how they're doing on the inside the scientists have had to turn to a different method of fact gathering.

"Yes, we scoop the poop," she Torres explained matter of fact. "With a couple nets... we try to get as big a sample as we can."

"It's really cool because we see a lot of the same whales over and over again and we have names for them and so we know there's Dice and we've seen Dice five times in the last few months."

Using non-invasive methods, scientists can see how the whales are doing.

And over the years, they've learned they're not doing nearly as good as they were.

"We found this interesting trend whereas in 2016 the whales were in much better body condition... fatter than the whales in 2017 or 2018."

Torres said it's because the ocean is changing, along with the climate. Warmer waters and shifting wind patterns are bringing less food to the ocean surface for the whales to eat.

"They just can't find their food," she said. "We also think this might be related to the current gray whale die-off that we're seeing along the whole west coast."

By better understanding what's stressing the whales, Torres hopes to learn how we can help these mammals that are so critical to ocean health.

Torres and her crew plan to be back out on the ocean, nets in hand, scooping up whale poop and continuing their research this June.