It may not be the most pleasant of jobs, but that whale waste is like a gold-mine of information. 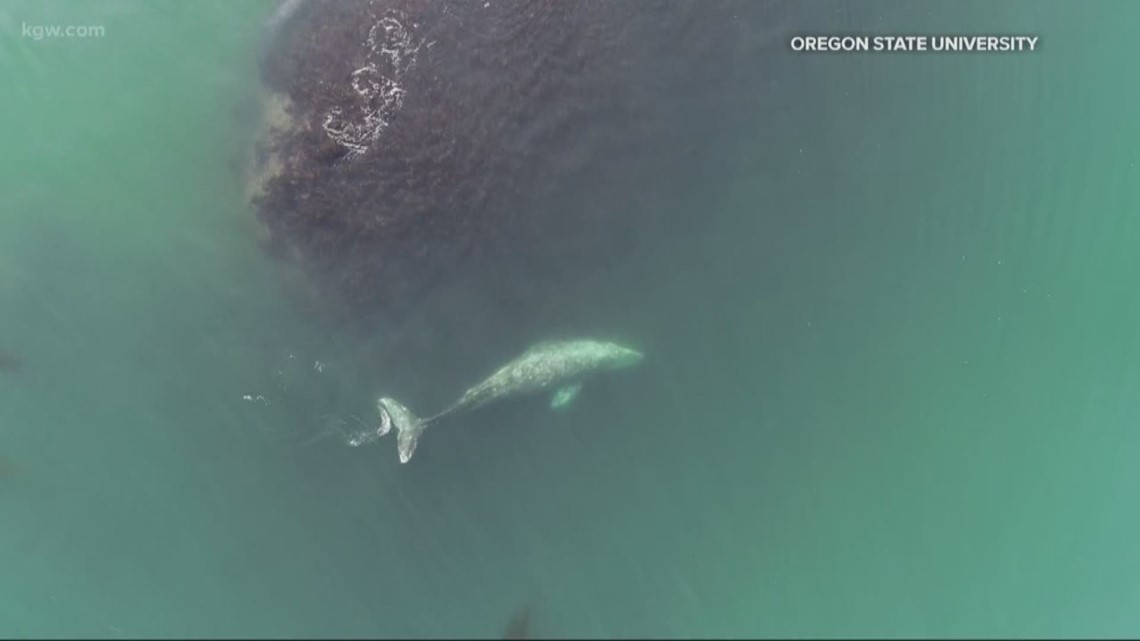 PORTLAND, Ore. — Oregon State University researchers have been scooping up whale poop to better understand not only the health of the mammals but also of our ocean.

It may not be the most pleasant of jobs, but that whale waste is like a gold-mine of information.

She and her team set out on an inflatable raft following gray whales off the coast of Newport waiting for them to poop.

As you can imagine, patience is important.

Drones flying above alert the scientists when the whale has completed its task. Then the researchers spring into action.

They have to act pretty fast. They have only about twenty to thirty seconds before all that valuable information sinks to the bottom of the ocean.

"It's really a biological goldmine," said Torres. "We're able to look at the whale's genetics, what they're eating, their hormone levels, to see if they're pregnant or not... so it's turned out to be a really successful method. We've collected, in four years, close to 200 fecal samples which really helps us understand their health."

The scientists are looking at changes in the whale's health and how our changing ocean might be playing a role.

They measure the hormone levels in the fecal matter to see if the whales are stressed. Stress could be the result of increases in ocean noise or pollution.

In addition, the scientists study how warmer ocean water is impacting both whale health and behavior.

If they can get the grants, the researchers want to study the whales for three more years.