The Pickles will play in the brand new Wild Wild West League against teams from West Linn, Portland and Gresham 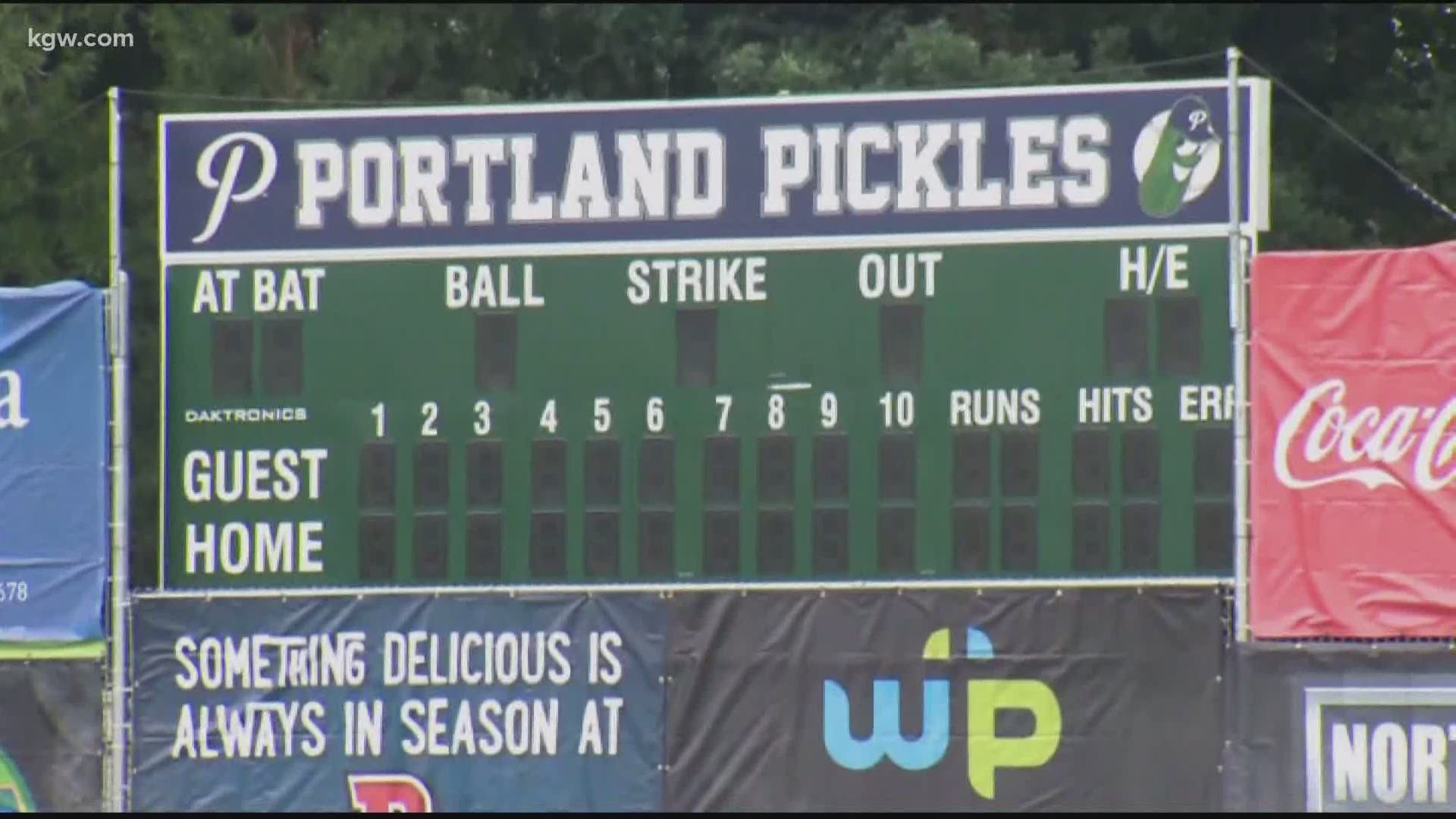 PORTLAND, Ore. — With spectator sports on hold in Oregon, the Portland Pickles are ready to give baseball fans something to watch in person.

The Pickles have been around since 2015, playing home games at Walker Stadium in Southeast Portland's Lents Park.  They play in the West Coast League, but the league cancelled the 2020 season.

Pickles co-owner Alan Miller came up with an alternative: The team will play with three other teams at a stadium in Marion County. Games start July 11.

The other teams are the Portland Gherkins, West Linn Knights and the Gresham Greywolves.

The players all live in the area although they might play their college baseball away from Oregon.

About 200 people will be able to watch each game in person. Pickles season ticket holders get first crack at tickets. They'll adhere to social distancing guidelines in the stadium. If you can't get to a game they'll be streamed on Facebook live and YouTube live.

RELATED: Baseball's back in Portland with Pickles' home opener