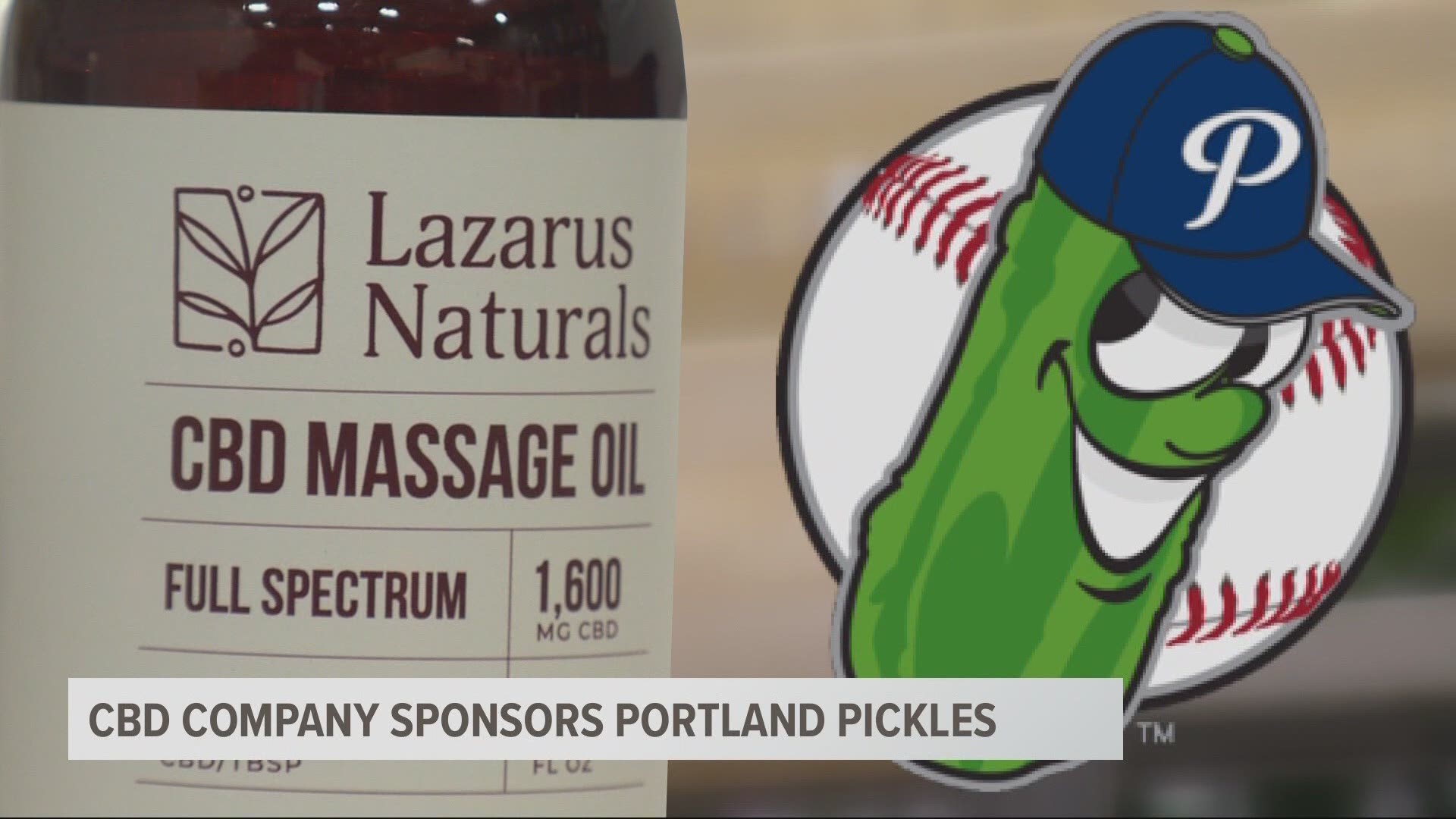 PORTLAND, Ore. — It's no surprise that the first baseball team to be sponsored by a CBD company would be from Portland.

When general manager Ross Campbell returned from winter meetings, he knew who to go after.

"When it came to something like this that's looking us dead in the eye, it was time. We think we found the perfect partner in Lazarus Naturals to carry on our mission in the community and with keeping a family friendly ballpark," Campbell said.

The Portland based e-commerce company started in 2015. They don't have a brick and mortar store, so for them it's a way to stand out in a busy crowd of cannabis-based businesses.

"It's really important to us to try and find ways to get that visibility and this is definitely a good way to do it." Lazarus chief marketing officer Dylan Summers said.

As part of the two-year agreement, Lazarus will sponsor a summer concert series at the park, have signage in the outfield and sponsor special box seats just for veterans, called the Lazarus Naturals Patriot Box.

The company will also be able to sell CBD products at the games.

Watch: CBD: What is it? Why do people take it? Who regulates it?

"We were told it's kind of like selling a hot dog, it's just a more controversial hot dog, I'll say, " Campbell said.

The unique sponsorship is a first of its kind in the baseball world.

"One of the bigger aspects of it, sports are always trying to look for angles to go ahead and tap into," Campbell said.

Maury Brown is a sports business writer for Forbes magazine.

"As sports start to grow into it, there's just been this distance between the idea of cannabis as a recreational thing and cannabis as a a medicinal thing for medical purposes, it's starting to become a little more accepted." Brown said.

The Pickles are the first team to get ahead of that curve.

"I think in five years it'll be kind weird if you don't have a CBD or THC sponsor," Campbell said.

RELATED: How much CBD is really in that CBD water, donut or beer?