A parks levy would restore parks services and expand access for low-income Portlanders.

PORTLAND, Ore. — Portland Parks & Recreation has long struggled financially. In 2019, the city had to make drastic cuts to the bureau’s budget after discovering a more than $6 million budget shortfall.

The pandemic has only worsened this dire financial situation with shuttered summer programs, community centers and swimming pools. The bureau now faces a $16 million deficit largely due to an over-reliance on recreation fees.

But Measure 26-213 aims to address the park’s reliance on user fees and fund recreation programs and park services through a levy on the Multnomah County ballot.

The measure would prevent “ongoing reductions to park services and recreation programs, preserve and restore park and natural area health, and center equity and affordable access for all,” according to the measure filing.

The parks levy is one of several tax measures on the ballot. If passed, it would enact a tax of $0.80 per $1,000 of assessed property value for five years beginning in 2021.

The Portland City Council estimates that this levy will cost the average property owner about $13 per month, and would raise an average of $48 million each year for the five-year period.

Rather than funding new projects, like the library bond and preschool-for-all measures, the park levy would largely help to preserve existing programs and services. It will keep facilities like Multnomah Arts Center open and ensure daily garbage and bathroom maintenance in Portland Parks.

If the levy does not pass, Portland Parks & Recreation will struggle to restore recreation programs next summer and maintain parks, community centers and restrooms, according to Randy Gragg, executive director of Portland Parks Foundation.

In addition to maintaining existing services, funds could also help the parks bureau increase accessibility by canceling fees for low-income Portlanders. The bureau will use the funds to expand programs for people of color and children experiencing poverty.

If the measure is passed, park officials will conduct more community outreach to determine what services these groups need. A five-member community oversight committee will also be appointed by the Portland City Council to review levy expenditures and report annually to the council.

Portlanders for Parks is the principal campaign in support of the measure. Supporters include organizations like the Asian Pacific American Network of Oregon (APANO), Sunrise Movement PDX and the Portland Business Association, along with both mayoral candidates — Mayor Ted Wheeler and challenger Sarah Iannarone.

According to a recent DHM Research poll conducted on behalf of Oregon Public Broadcasting, the parks levy is in a strong position. That measure received 53% yes to 33% no from all surveyed voters.

There is no organized opposition against the measure, but some individuals have highlighted that the levy will not cover the parks bureau’s maintenance backlog of $450 million.

Others have concerns that if the levy is passed, this will free up funds in the city’s general fund to go towards other bureaus.

In the measure’s resolution, Mayor Wheeler and Director of the Parks Bureau Adena Long wrote, “While PP&R does not expect that funding from a levy will reduce our ongoing General Fund allocation, we do expect that we will not need to make requests for additional General Fund for the life of the levy.”

Opponents also worry about an additional tax burden on the city’s property owners. But Gragg said access to parks and recreation programs is essential during the pandemic and an economic downturn.

“I think if COVID taught us anything, it's how essential our (parks and recreation) system is to us, whether it's to be able to get outdoors to social distance in clean and safe places, or being able to take advantage of recreation programs of some kind," he said. 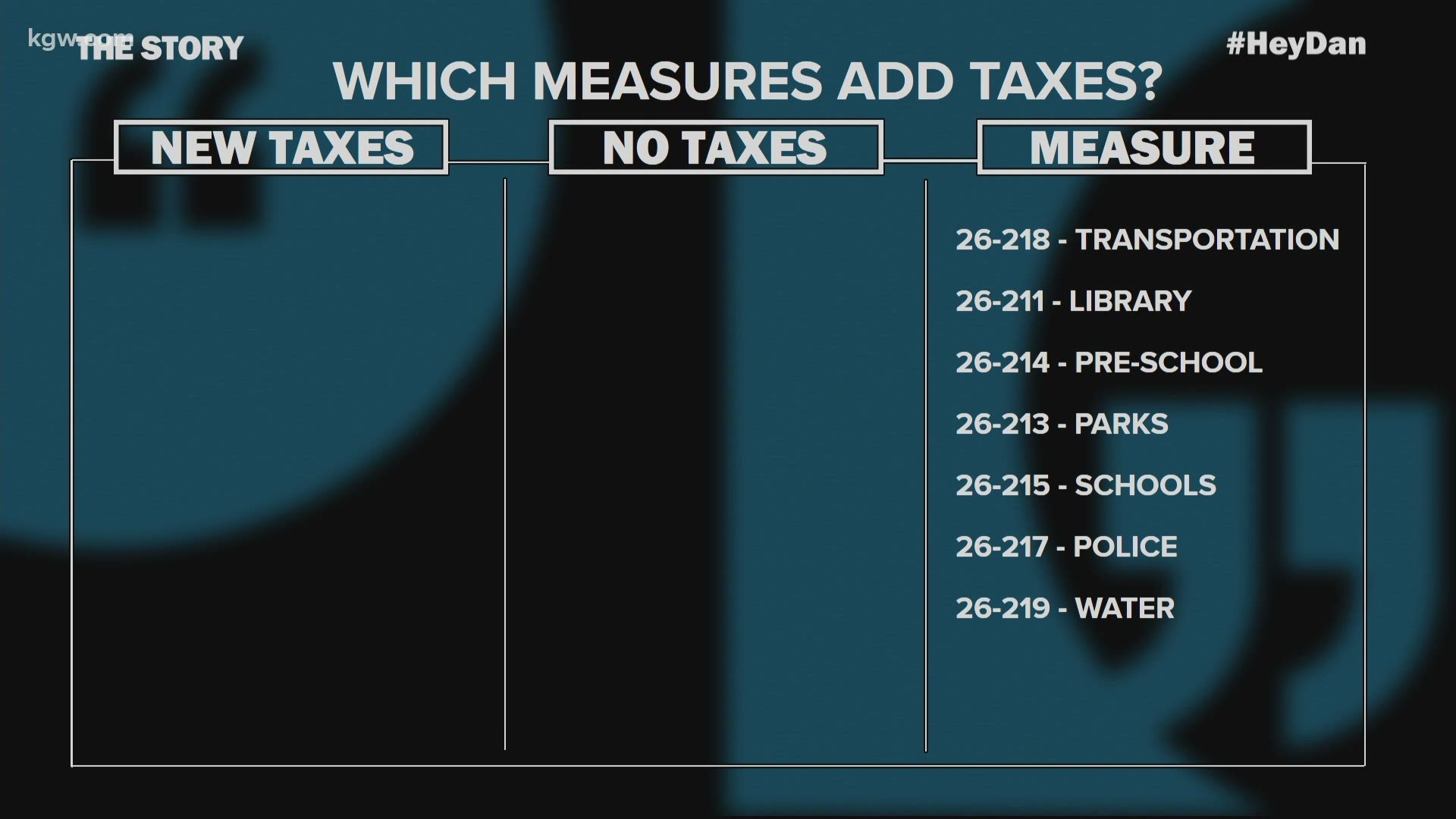