The measure would make preschool tuition-free for all 3 and 4-year-olds in the county, prioritizing kids in marginalized communities. 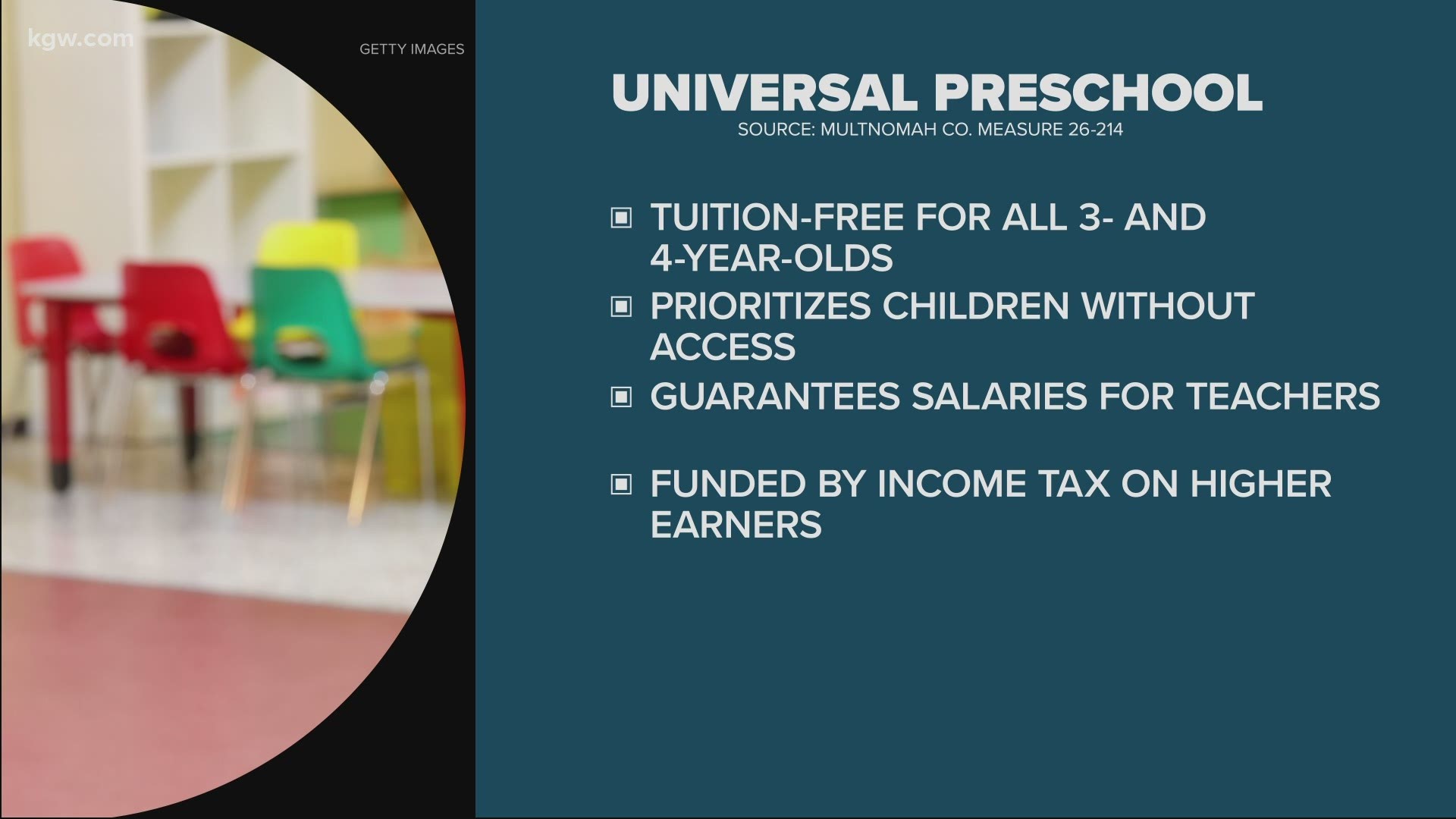 PORTLAND, Ore. — A measure to bring universal preschool to Multnomah County is on the November ballot under Measure 26-214.

The measure would make preschool tuition-free for all 3 and 4-year-olds in the county, prioritizing kids in marginalized communities, who don't already have access to preschool. It would also guarantee that preschool teachers make as much as kindergarten teachers.

"For a lot of families in Multnomah County, it's actually something that's unaffordable and out of reach for them," said Commissioner JessicaVega Pederson. "Oregon has the fourth-most expensive preschool in the United States. And when you couple that with the really high cost of housing we have, too many families have to make the decision that they can't afford to work because preschool is just too expensive for them."

Studies show there are lifelong benefits to preschool, like the Perry Preschool Project, which found that kids who went to preschool did better in later grades, were more likely to graduate high school and earned more money by the time they were 40. The study also found multi-generational impacts with preschool not only benefit the kids who attend but also set up a foundation to benefit their own kids in the future.

"A preschool classroom teacher makes about half what a kindergarten teacher makes here in Oregon," Vega Pederson said. "We are losing too many people in that field because they just can't afford to stay in it. And we also have a hard time getting new people in the field, people who might love to have this as a career, because they can't make enough to earn a living. And schools really can't say, 'Yes, go into this field because this is going to be a job where you can make ends meet.'"

Assistant preschool teachers would make no less than 75% of that, which would come out to more than $55,000 per year. Pederson said this is crucial to supporting the entire childcare system.