The cremated remains of Jimmy Adams' mother and father were in his home that burned down. 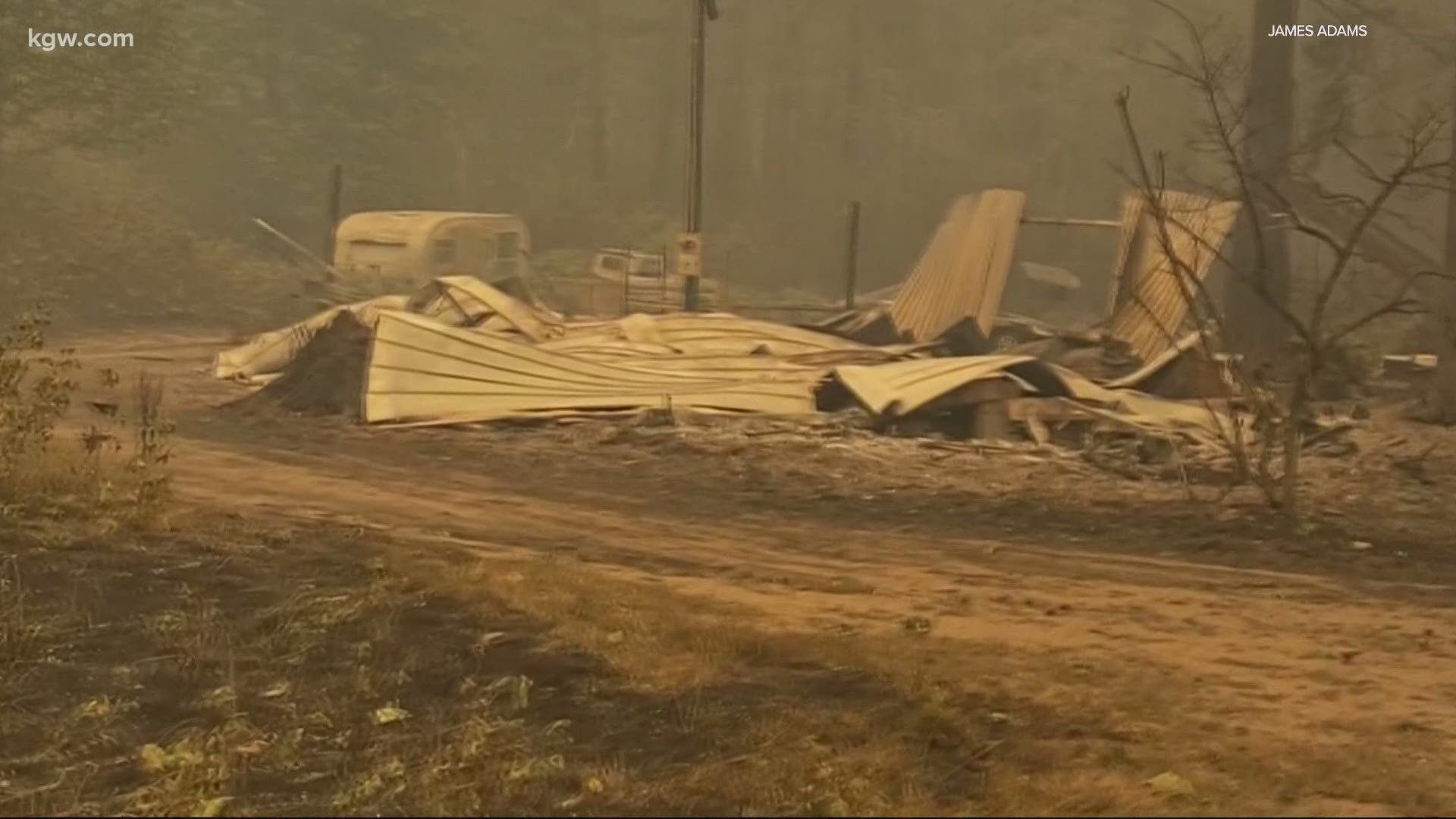 SALEM, Ore. — Jimmy Adams has never needed more stability in his life than he does right now. He is two weeks removed from evacuating his Lyons-area property. He remembers it like it was yesterday.

"I watched it go from gray to a glowing red and then through the smoke, I could see the flutter and inconsistency of the fire and I could hear it," he said.

Adams hightailed it out of the canyon with some personal belongings, his dog and his cat. The next day he got a text from his neighbor.

"He just said, 'Want to tell you both our places are lost, all gone.'"

The wildfire decimated Adams' home and shop. He lost most of his belongings, most notably the cremated remains of his parents who died in 2017. Adams should be furious, but he is not.

"From the hottest fires come the hardest iron," he said. "We battle through it. There's tough times and we have amazing, great times. It's a balance."

Credit: Mike Benner, KGW staff
Ashton Adams wrote a song about the canyon for his dad.

If anybody is helping Adams see that, it is his son and a song his son wrote about the Santiam Canyon that means so much to so many. You can listen to the song below: 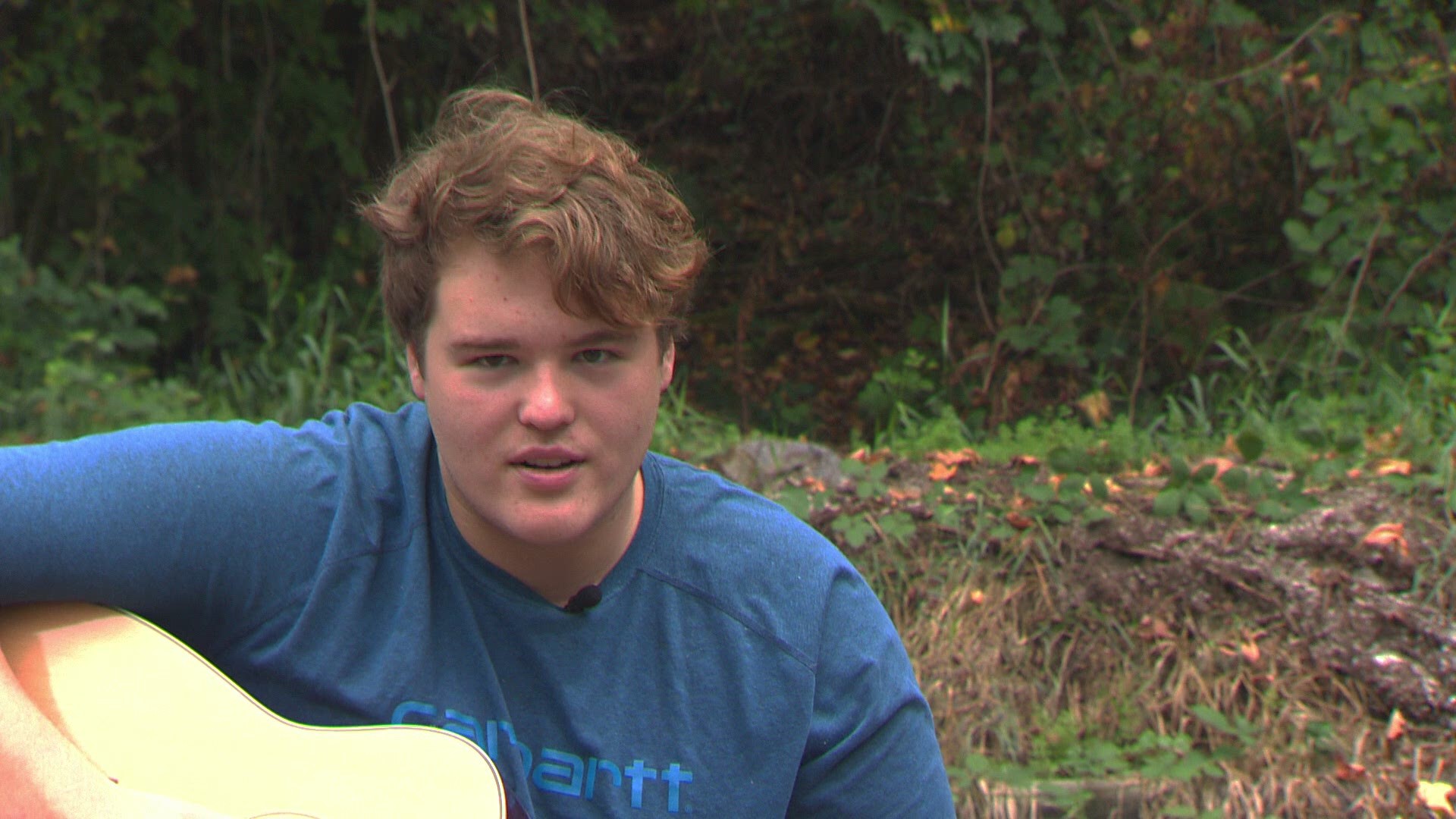