'It feels like it's a nightmare': Loved ones devastated by death of mother, son in Beachie Creek Fire

Cathy Cook, 71, and her son Justin Cook, 41, are among the eight people killed so far by wildfires in Oregon. 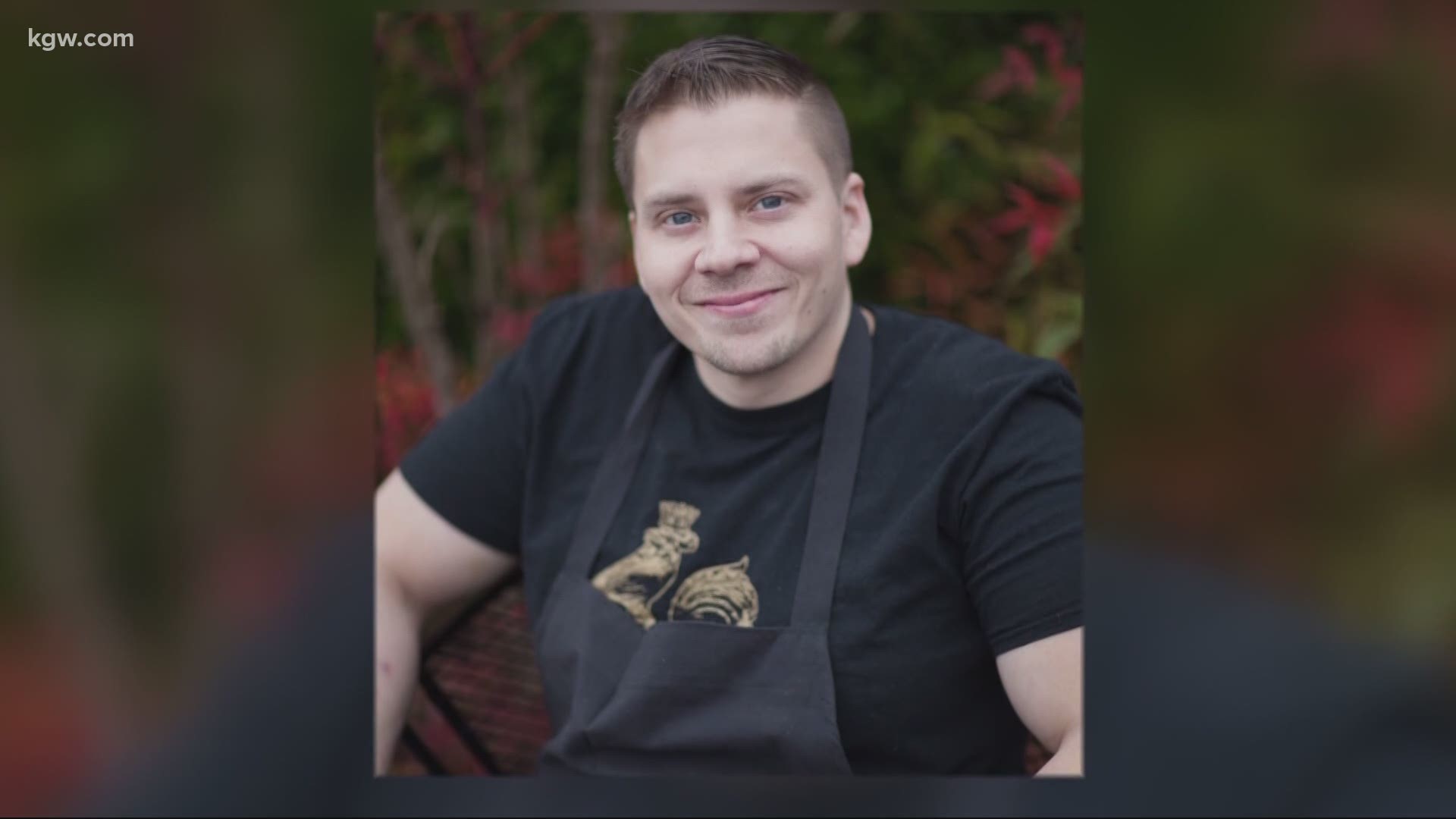 LYONS, Ore. — The Beachie Creek and Lionshead fires are burning in parts of Marion, Linn and Clackamas counties. Together they've torched more than 380,000 acres in Oregon.

Firefighters say they're making good progress on the Beachie Creek Fire, with 20% containment, while the Lionshead Fire is 10% contained.

Sadly, a mother and her son are two of the victims killed in that fire, which ravaged the Elkhorn Valley, about ten minutes from Lyons.

Cathy Cook, 71, and her son Justin Cook, 41, are among the eight people killed so far by wildfires in Oregon.

“She was going to live there until the day she dies and she loved that area,” Travis said.

His brother, Justin, came to visit from Mexico, where he lives with his wife, to help their mom out for a while.

Last Monday, as the glow from the Beachie Creek Fire crept closer to their home, Cathy and Justin packed their bags and waited for a Level 3 evacuation order.

When the family learned flames had torched Elkhorn Valley, Travis had a feeling the outcome wasn’t good. He tried getting a hold of his mom on her landline – since the cell service is lacking up there – but never heard back.

It wasn’t until the chaos settled and search and rescue crews could cut through trees to get up there a few days later that their nightmare was confirmed. Recovery crews found Cathy and Justin near Cathy’s home on North Fork Lane SE, a neighborhood destroyed in the fire.

“It feels like it's a nightmare that – you know, it doesn't feel real, that's for sure,” Travis said. “I never, you know, thought of anything like this and it’s just unbelievable. I still cannot believe – I wake up in the mornings and it's just, like, is this really happening?

“Especially when you find out there's only been a couple other people – there’s been four confirmed deaths [from the Beachie Creek fire] now, which isn't very many people considering how many people were back there.”

Travis says Cathy and Justin tried to escape; the Cooks believe they didn’t get the Level 3 evacuation order in time to save themselves.

The ending is one Justin’s friends and former co-workers in the Albany area are struggling to come to terms with.

“It was devastation, you know, one of my friends is gone. [I’ll] never seen him again,” Justin’s former coworker and friend Jason Devrouax said. “I wish I could have said more the last time I saw him.”

Justin Cook & his mom Cathy were killed in the #BeachieCreekFire. When family spoke w/ them they were under Level 2 evac in Elkhorn. But after flames tore through Elkhorn no one heard from them. Days later, nothing. Search & rescue finally confirmed the family’s worst nightmare. pic.twitter.com/kmbRnVHG4g

Friends told KGW that Justin worked his way up to become a sous chef at Frankie’s Restaurant in Albany, where he met the love of his life, Yuni Magana. She is from Mexico and they both moved there to be together a few years ago.

Justin got along with everyone and always kept his cool, which can be challenging in the fast-paced restaurant world.

“Justin was probably one of the most humble people in the kitchen, quiet, soft-spoken,” said local restauranteur Cody Utzman, Justin’s former boss and former owner of Frankie’s.

Travel restrictions due to COVID-19 extended his stay in the U.S., separating him from Yuni, according to Utzman. Now, they’re trying to find a way to get Yuni and her family to Oregon to say their goodbyes.

Friends set up an online fundraiser to help Yuni with immigration logistics and help the Cook family with other expenses.

“They were madly in love with each other. They just adored each other and didn’t like being away from each other,” Devrouax said. “I miss my friend. I wish he could be with his wife.”

“It’s just heartbreaking to imagine what she’s going through being so far away and hearing all this news through media outlets and social media,” Utzman added.

Two other people died in the Beachie Creek Fire. Last week, family said 13-year-old Wyatt Tofte and his grandmother, Peggy Mosso, were killed by a wildfire in Lyons.

There have been eight confirmed deaths total due to fires burning in Oregon as of Tuesday afternoon, according to the Oregon Office of Emergency Management (OEM).

OEM on Tuesday said 16 people were missing statewide due to the wildfires, which have burned about 1 million acres.

The Marion County Sheriff’s Office also said as of Tuesday morning, one person remains unaccounted for. Anyone wanting to report a loved one as missing in Marion County can call the sheriff’s office non-emergency dispatch line at 503-588-5032.