Oregon 'has been pushed to its limits' by unprecedented wildfires, Gov. Brown says

As of Monday, 34 active wildfires have burned about 935,000 acres throughout the state and there have been 10 confirmed deaths. 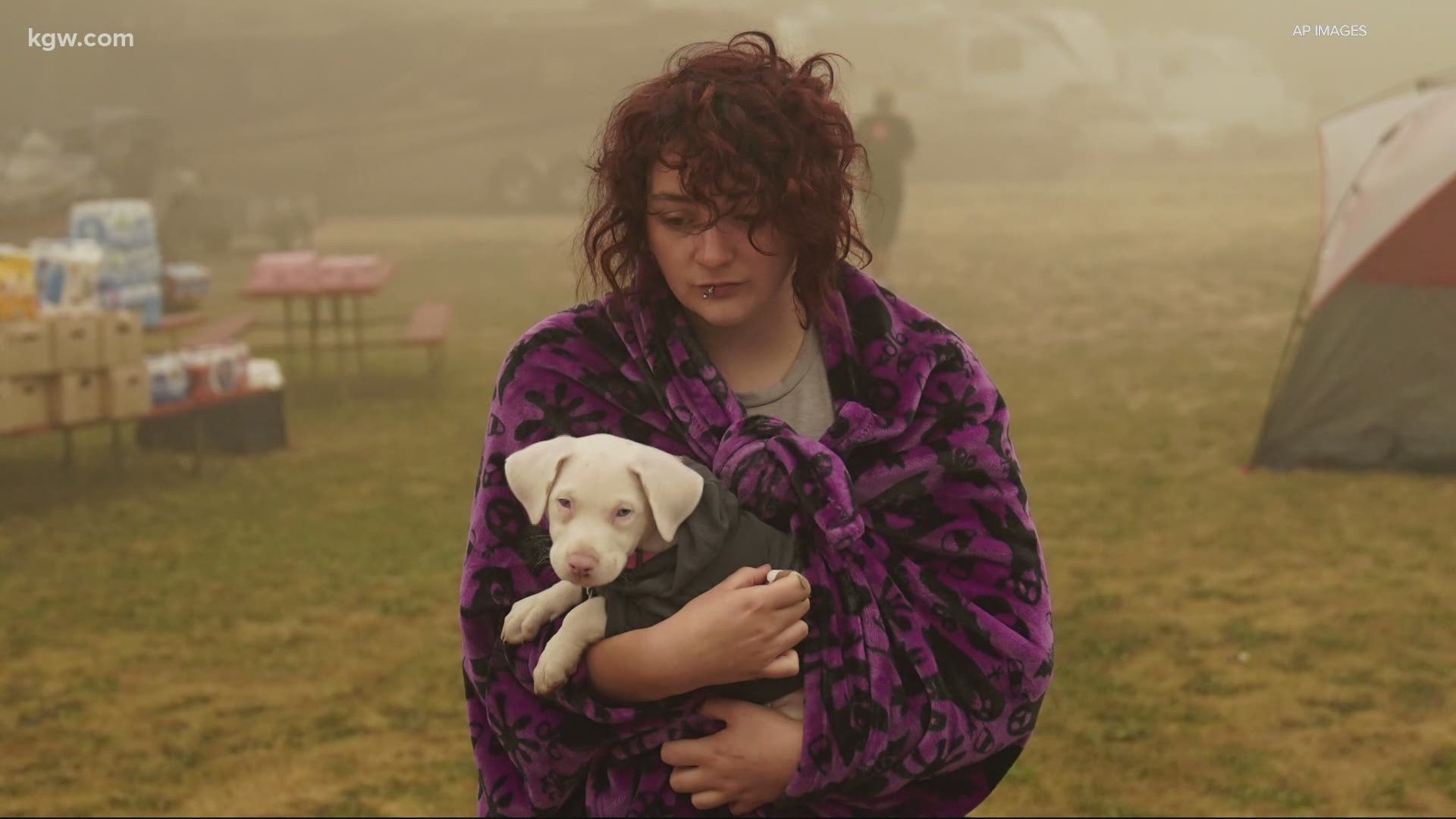 PORTLAND, Ore. — Gov. Kate Brown said Monday she has asked President Donald Trump to issue a major disaster declaration for Oregon as it battles deadly wildfires that have wrought destruction across the state.

Brown said at a news briefing that the state “has been pushed to its limits.”

A major disaster declaration would allow a range of federal help for people and public infrastructure affected by the blazes that have destroyed hundreds of homes and burned nearly 935,000 acres.

There have been 10 confirmed deaths due to fires burning in the state, as of Monday morning: four from the Beachie Creek Fire; four from the Almeda Drive Fire in Southern Oregon; one from the Holiday Farm Fire in Lane County; and one from the White River Fire in Wasco County, according to the Oregon Officem of Emergency Management (OEM).

Andrew Phelps, director of OEM, said at the news conference that 22 people are still listed as missing. He said work is being done to locate people and keep an accurate list of people who are still missing.

Not all people listed as missing are later found dead. Over the weekend, the Jackson County Sheriff’s Office in Southern Oregon said the number of people accounted for from a blaze there was down to one after about 50 people were initially unaccounted for.

Brown and fire officials said that better weather is aiding firefighting efforts, but warned that wind conditions by mid-week could complicate things for crews on the ground.

The Democratic governor also said the state would distribute 250,000 N95 masks to people such as agricultural workers, tribal members and others vulnerable to the smoky skies and poor air quality that has plagued the state for days.

Brown said three large charitable foundations in the state were establishing a fund to aid in recovery efforts.

Multiple wildfires are burning throughout the Portland metro and surrounding areas. Two huge fires, the Beachie Creek Fire in Marion County and the Riverside Fire in Clackamas County, have burned more than 322,000 acres as of Monday, according to InciWeb.

Officials said the two remain about one mile apart as of Sunday. A merger of the two fires is not imminent, officials said.

As of Monday afternoon, 34 active wildfires had burned about 935,000 acres throughout the state, according to the OEM Fires and Hotspots Dashboard.

As dozens of wildfires continue to burn across Oregon, cities and towns from Portland to Medford are inundated with smoke.

The air quality in Oregon cities west of the Cascades ranged from unhealthy to hazardous on Monday.

An official with the Oregon Health Authority (OHA) said during Monday's news conference that relief from harmful air quality likely won't come until late in the week, close to the weekend. The official said 10% of all emergency room visits in Oregon are for asthma-like symptoms.