Wheeler said, based on his conversations with Multnomah County District Attorney Mike Schmidt, he expects charges in several cases 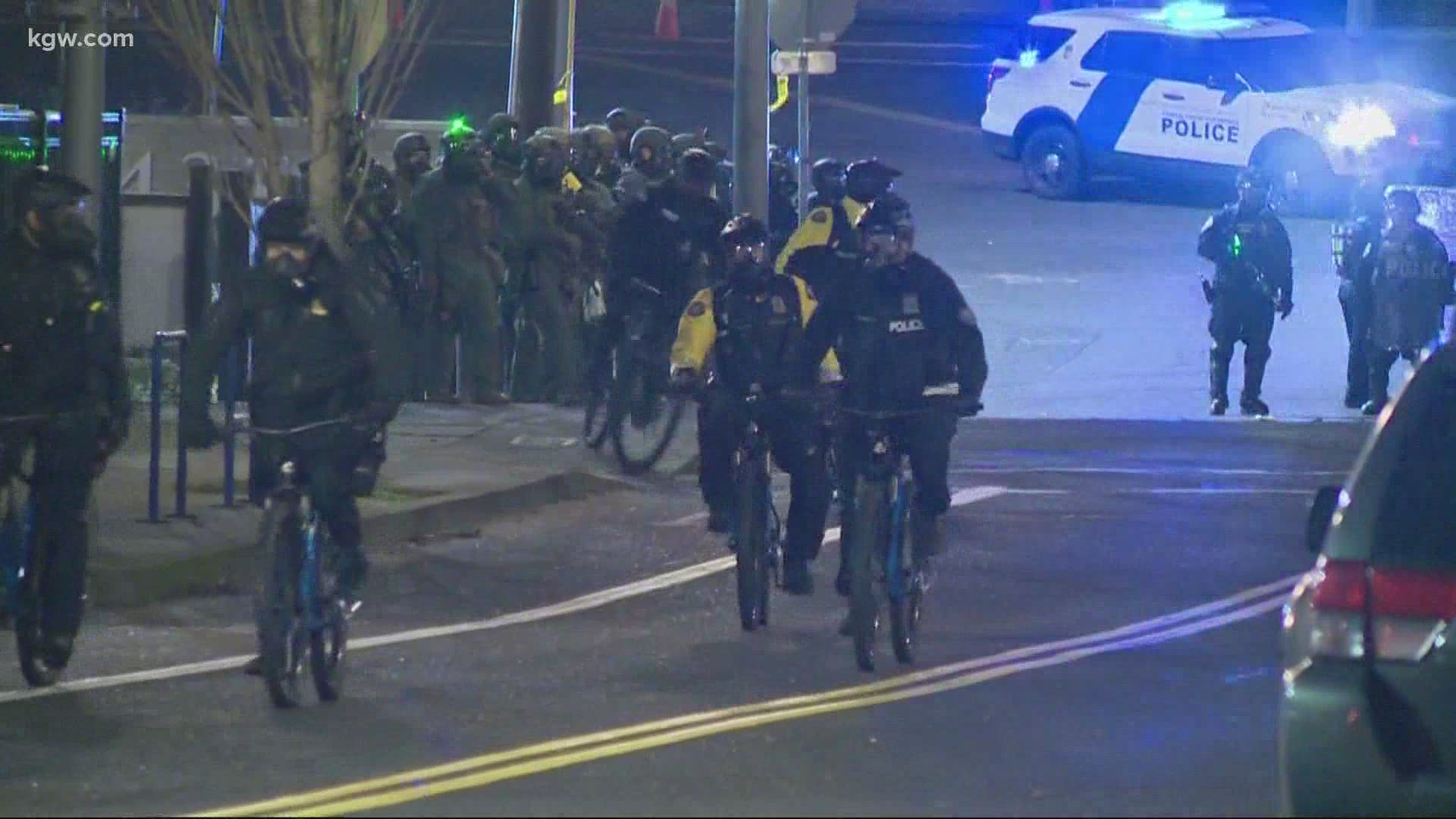 PORTLAND, Ore. — Weeks after he vowed to take a stronger stance stopping violent or destructive protests, Portland’s mayor said Monday he’s “very pleased” with how the city’s police bureau handled demonstrations during last week’s Inauguration Day. In the midst of those demonstrations, people smashed windows at the headquarters of the Democratic Party of Oregon and clashed with police, as well as federal officers, outside the U.S. Immigration and Customs Enforcement (ICE) offices along the South Waterfront.

“I want to call them out for who they are,” the mayor said. “They're largely young to middle-aged white men who are often co-opting other movements. You don't get a free pass when you ransack a business and then spray paint ‘BLM’ on it.”

Economists added the protests, which started in the wake of George Floyd’s death, aren't the only reason. Wildfires appear to be another big one. That said, there's no denying the nation is watching Portland’s struggle.

Undesirable Portland? Just four years ago it seemed everyone wanted a piece of what Portland has to offer. Now, not so much. #HeyDan pic.twitter.com/sASXsdFvTY

“President Biden condemns violence and any violence in the strongest possible terms,” Secretary Psaki said. “Peaceful protests are a cornerstone of our democracy, but smashing windows is not protesting.”

On Monday, Wheeler added he knows Portlanders are frustrated, especially business owners. He also admitted recovery will take time, but he cited another reason, blaming the pandemic, for downtown being empty.

“Until we get our arms around the COVID crisis, downtown will not bounce back,” Wheeler said.