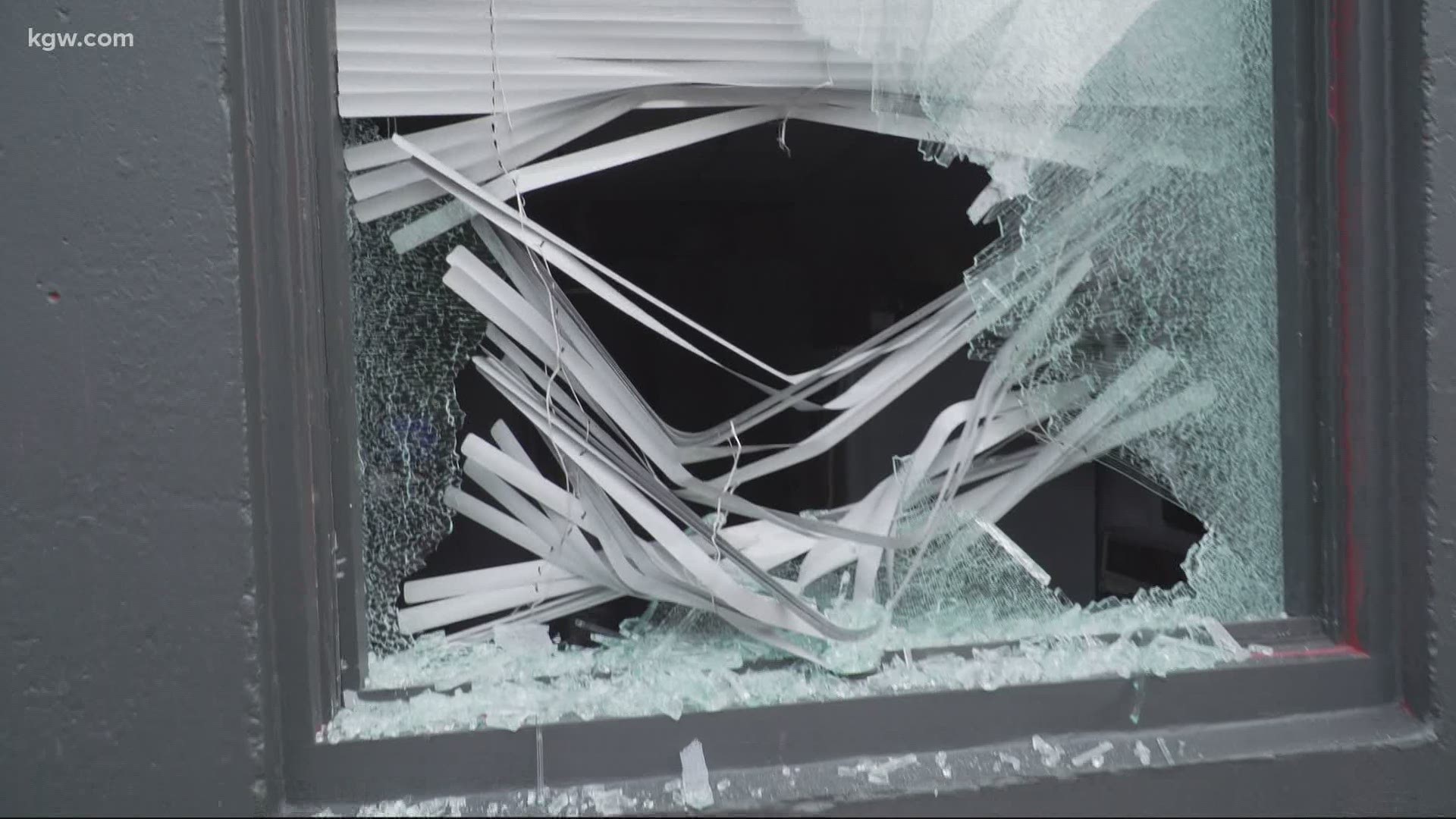 The group responsible for the damage marched through parts of Southeast and Northeast Portland. They first gathered at 2 p.m. at Revolution Hall in Southeast Portland, where they were met by police officers on bikes.

The crowd took to the streets about an hour later. There were at least 100 people, many dressed in all black. Marchers held banners that had various messages including "We are ungovernable" and "A new world from the ashes."

Significant damage at the Democratic Party of Oregon bldg at 9th & Everett pic.twitter.com/uZGBvhkJcc

Eight people were arrested in connection with the demonstration, according to Portland police. Their charges ranged from criminal mischief, to possession of a destructive device, to riot, to reckless burning. While making the arrests, officers recovered batons, irritant spray, Molotov cocktails, knives and a crowbar, police said.

The crowd splintered following the police response to the vandalism at the Democratic Party of Oregon headquarters.

Chants of ‘quit your job’ as officers clear scene pic.twitter.com/Rp9hdjdzDL

Repairs were being made to the building just a couple hours after the vandalism. The Democratic Party of Oregon released a statement saying in part, "This is not the first time our building has been vandalized during the past year – none of the prior incidents have deterred us from our important work to elect Democrats up and down the ballot, and this one will be no different."

Police released the following information on the people who were arrested:

RELATED: 'Today is cause for celebration and resolve': Oregon leaders react to presidential inauguration of Biden, Harris