Six people were arrested. The large crowd of approximately 150 people called for the abolishment of the government agency. 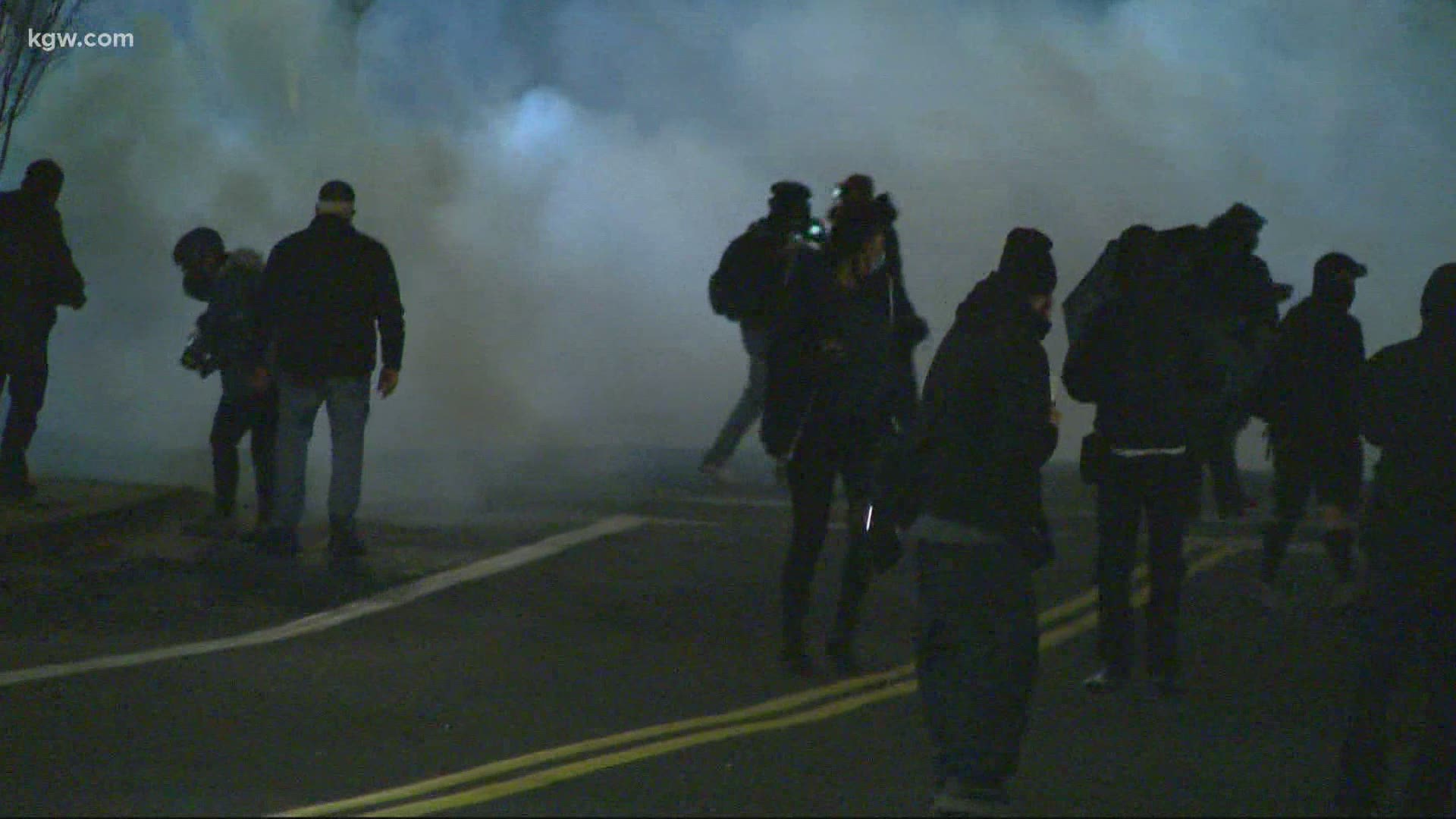 The building has been the site of numerous clashes between demonstrators and federal agents over the last year.

Federal Protective Services had been issuing warnings on a loudspeaker, telling demonstrators not to trespass on federal property. KGW's Devon Haskins reports federal officers have used munitions and tear gas to disperse demonstrators.

Flash bangs and what appears to be tear gas or smoke lobbed towards the group pic.twitter.com/sg0AFs4B3p

A few streets near the ICE building have been blocked off.

Police have blocked off a few streets near the ICE building.

I am standing in the Old Spaghetti Factory parking lot pic.twitter.com/aChAW2XqIz

According to journalists at the scene, large amounts of tear-gas and smoke were used on protesters throughout the night. The group of demonstrators were continuously pushed away from the ICE building by the feds. Many times the protesters would regroup and try to make their way back to the building.

Here's video of the feds emerging and shooting tear gas and other riot-control munitions to disperse the Portland crowd. pic.twitter.com/0ogDl7YGiK

Portland police said in a press release that they did not deploy any munitions or CS gas. Between 9:45 and 10:45 p.m., police said they circled the neighborhood to find "specific people in the crowd for whom there was probable cause to arrest and made arrests."

The large crowd, estimated by reporters on scene between 100 and 200 people, is calling for the abolishment of the government agency. They first met at Elizabeth Caruthers Park, then marched to the building, arriving at around 9:15 p.m.

As part of his first wave of actions as president, Joe Biden issued several executive orders Wednesday aimed at influencing the country's immigration policy and reversing course from his Republican predecessor. The orders included preserving the Deferred Action for Childhood Arrivals (DACA) program and instituting a 100-day moratorium, beginning Friday, on the deportation of certain noncitizens.

The demonstration outside the ICE facility is one of several that took place in Portland following Biden's inauguration. Earlier on Wednesday, a group of far-left, anti-police demonstrators smashed windows at the Democratic Party of Oregon building in Northeast Portland. Eight people were arrested in connection with that demonstration.