Some were critical of the police’s actions, saying some officers were too aggressive with the public and journalists. 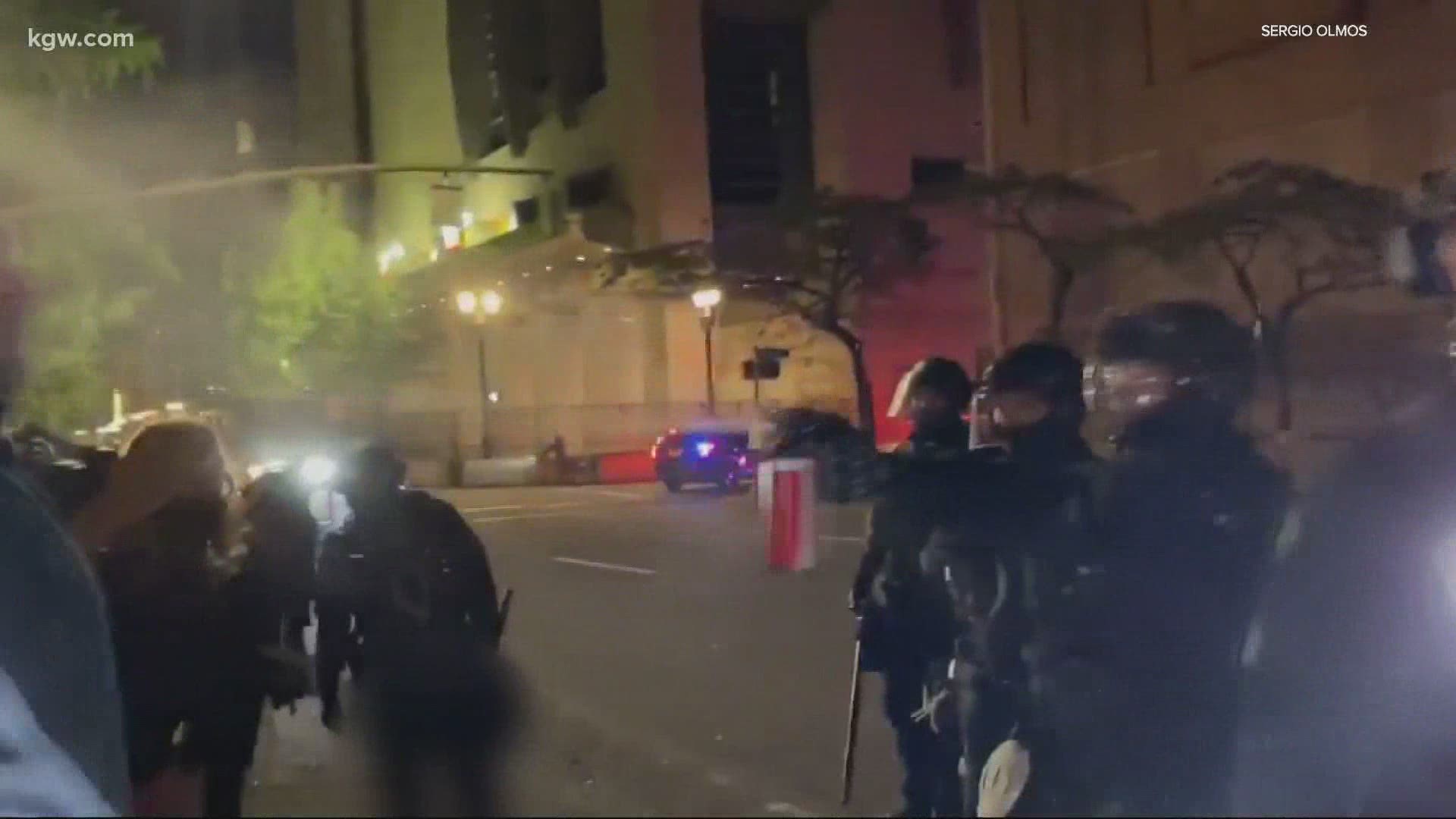 PORTLAND, Ore — In downtown Portland Saturday night, it was hectic and at times violent– a stark contrast to a relatively calm day filled with counter-demonstrations. On Saturday night, officers ultimately declared an unlawful assembly outside the Multnomah County Justice Center.

On Sunday, some were critical of the police’s actions, saying some officers were too aggressive with the public and journalists.

A video from Saturday night shows a man first displaying a sign at police that's shoved out of the way. Then he shows his middle finger to a police officer. That's when he gets a face full of what appears to be pepper spray.

Journalists and press photographers were also seen in social media videos getting pushed around.

That led to Oregon Governor Kate Brown tweeting about the use of force at Saturday night’s protests. She said, "Free speech and free press are two of my core values. I take the use of physical force by law enforcement officers seriously, whether it involves members of the public or the media."

Brown is asking law enforcement to look into it.

The ACLU of Oregon has also called for an independent prosecutor to investigate “brutal police response to protesters and journalists.”

Portland police say demonstrators were throwing objects at them like full beverage cans, firecrackers and rocks. Police say they repeatedly warned people to get out of the street but they didn't listen.

Meantime, the Multnomah county sheriff's office said they arrested 30 people throughout Saturday’s demonstrations. The people arrested range in age from 17 to 48 and the majority appear to be from Oregon.

The group of Portland police officers who were deputized on Saturday morning still have that designation, but it's unclear how long it'll last. Being deputized means that anyone who attacks them could face federal charges. Basically a stiffer penalty.

And the governor's executive order is now lifted. It allowed law enforcement from different agencies to work with one another to prevent possible violence associated with a planned far-right-wing rally on Saturday afternoon.