Gov. Kate Brown issued an emergency order over the weekend, ramping up law enforcement presence ahead of a planned rally and counter protest 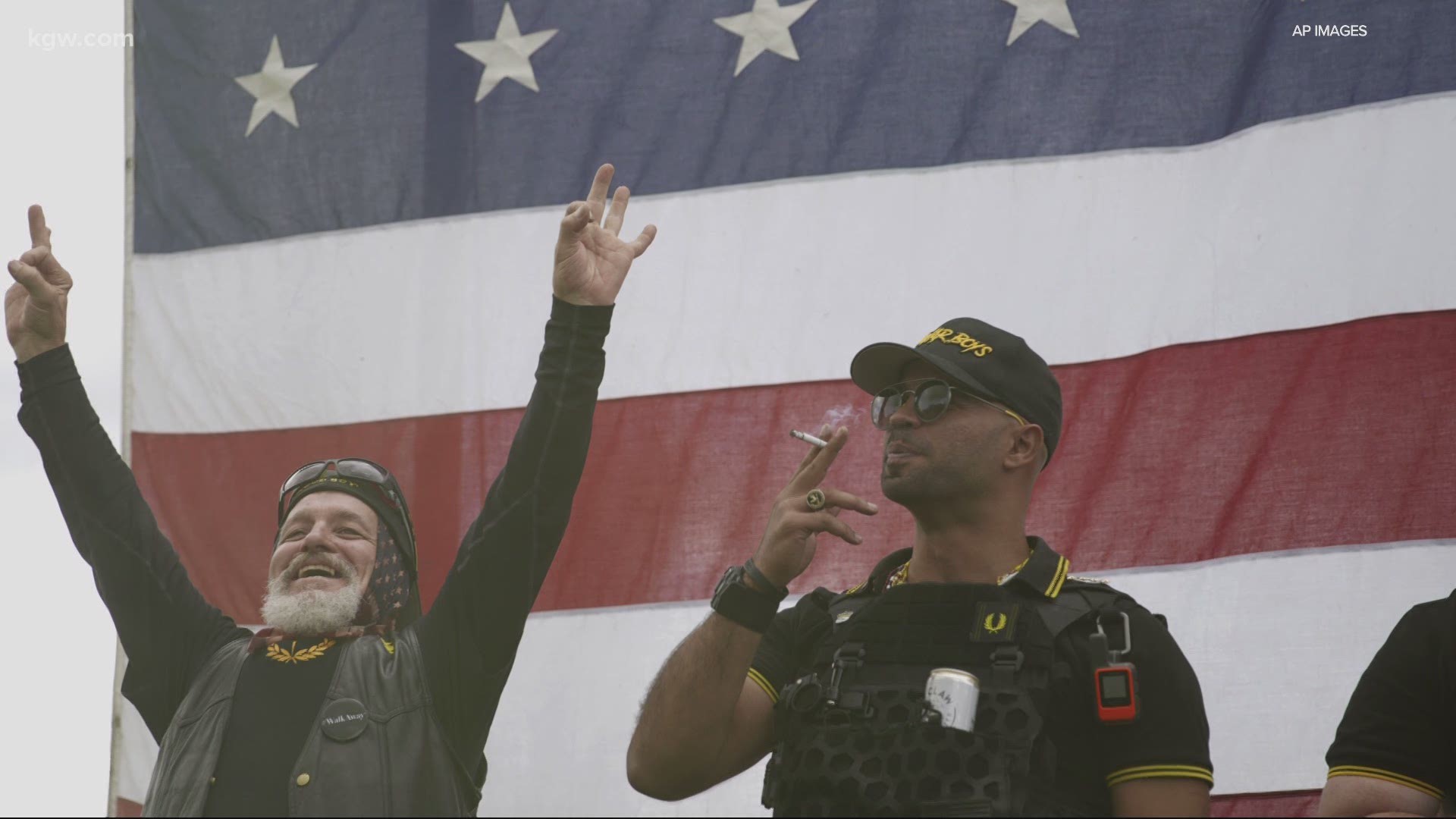 PORTLAND, Ore. — An emergency order issued by Gov. Kate Brown has been lifted following multiple demonstrations in Portland over the weekend.

Brown said a ramped up law enforcement presence was needed to prevent violence from happening in the city, specifically citing a planned Proud Boys rally as her paramount concern.

RELATED: 'We will not tolerate any kind of violence': OSP, MCSO put in charge of crowd response for Proud Boys' Portland rally

According to Portland police on scene one criminal citation was issued and officers pulled over a truck leaving the demonstration at Delta Park for having paintball guns and shields. Police have not released any details on the specifics of the criminal offense.

We can confirm that officers have conducted a traffic stop of a vehicle leaving Delta Park. The officers took possession of firearms, paintball guns, baseball bats, and shields. At least one criminal citation was issued. pic.twitter.com/rtJhzeCcv1

Portland Tribune reporter Zane Sparling captured video of an assault that took place at the rally. The Multnomah County Sheriff's Office has tweeted to say they are investigating it.