The police union released what it calls a “five-year vision for public safety and policing,” which suggests hiring 840 more officers over five years. 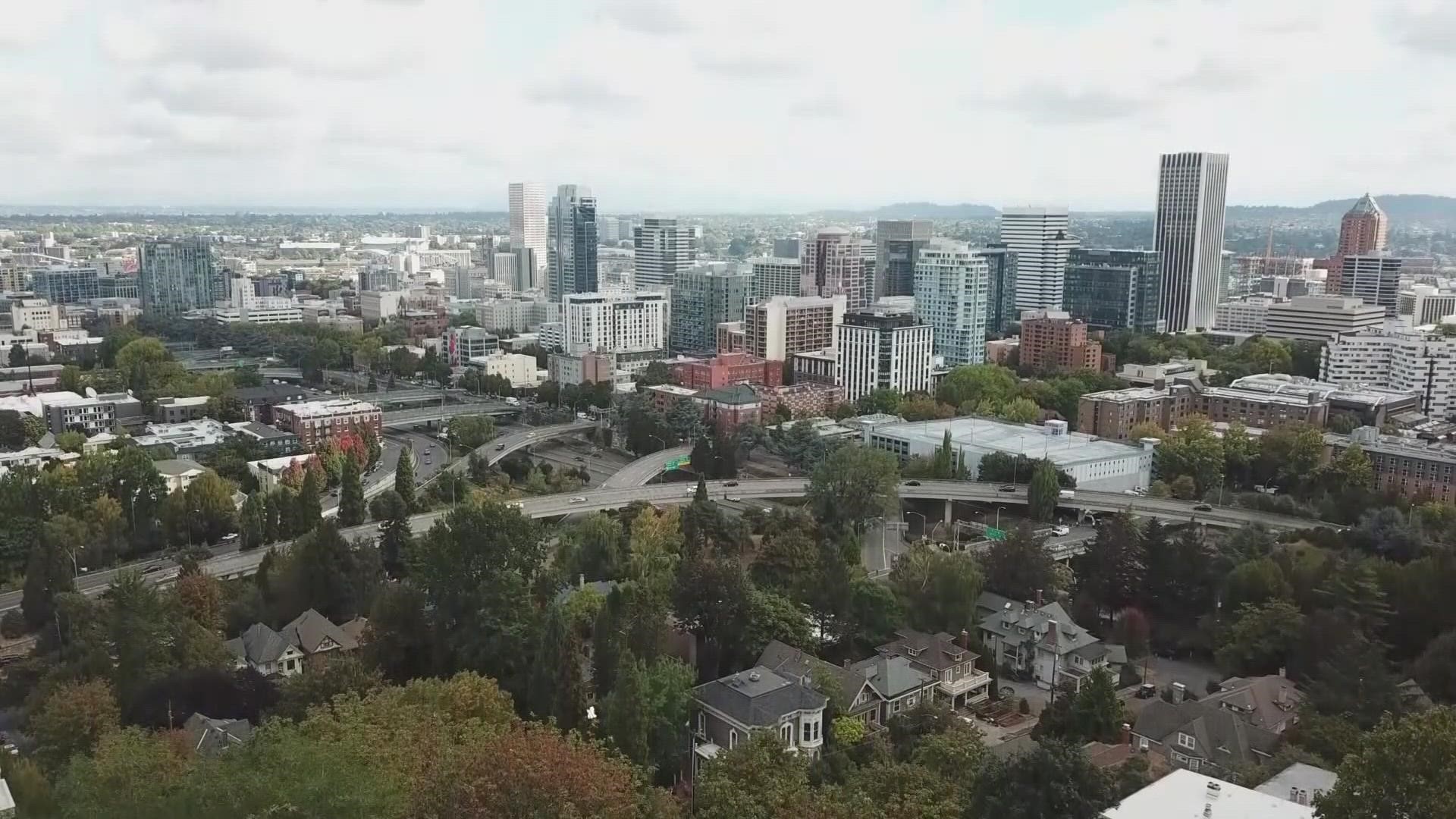 PORTLAND, Oregon — The Portland Police Association (PPA), the union representing Portland's rank-and-file police officers, released what it calls a "five-year vision for public safety and policing," calling for an increase of more than 800 new officers.

“The police force was larger 20 years ago than it is today, with about 170,000 fewer residents in the city of Portland,” said PPA Executive Director Daryl Turner.

The increase would bring Portland's rate of officers per capita from 1.36 to 2.5 officers per 1,000 residents.

Turner said the city currently has 916 allocated sworn positions. There are 794 positions currently filled, with 59 of those in training.

Despite struggling to fill open positions it currently has, the PPA suggests the city hire 840 additional officers over the next five years, nearly doubling the force. The plan would include rehiring 50 recently retired officers in each of the next two years, and an aggressive recruiting effort to attract new officers. The PPA's plan also suggests lobbying the state to allow Portland to set up its own police academy to get large numbers of recruits trained and on the job.

“We've been running on fumes for several years, so what we've proposed are several options to enhance the patrol function of our organization for the next several years as well as building up with new officers coming into the fold over the next five years,” said Turner.

📌 A simple plan and data-driven snapshot that clearly identifies the public safety priorities of our community, where...

RELATED: Man dead after shooting at McCoy Park in Portland

Turner leads the police union at a difficult time. Gun violence is nearing record levels, and police say the force is stretched thin responding to shootings across the city.

In 2020, the Portland City Council cut $15 million from the Portland Police Bureau's budget. There are many who argue more officers is not the answer to the city's gun violence crisis. Unite Oregon is one group calling for more money to be diverted from the police budget.

"This is clearly a bargaining tactic… We as residents of Portland should ask ourselves -- is the solution to the issues we are facing to throw more money at PPB? Or is it to actually fund community-centered solutions like behavioral health and affordable housing?" Unite Oregon’s deputy director Sushma Raghaven wrote.

Part of the money cut from PPB's budget in 2020 went to help fund the Portland Street Response, a police-alternative that responds to calls involving homeless people or those experiencing a mental health crisis that wouldn't need to involve a police officer. So far, it's only operating in a small pocket of Southeast Portland, but researchers have pushed the city to expand it.

The police union is bargaining for a new contract right now, but Turner denied that played any role.

Mayor Ted Wheeler, who is also the police commissioner, declined to comment with a statement. A spokesperson said the mayor will deliver his plan for police bureau staffing on Oct. 18, when he will be discussing the fall 2021 Budget Monitoring Process.