One person was killed in a shooting in North Portland on Friday, marking the city's 69th homicide this year. At least three people were injured around the city. 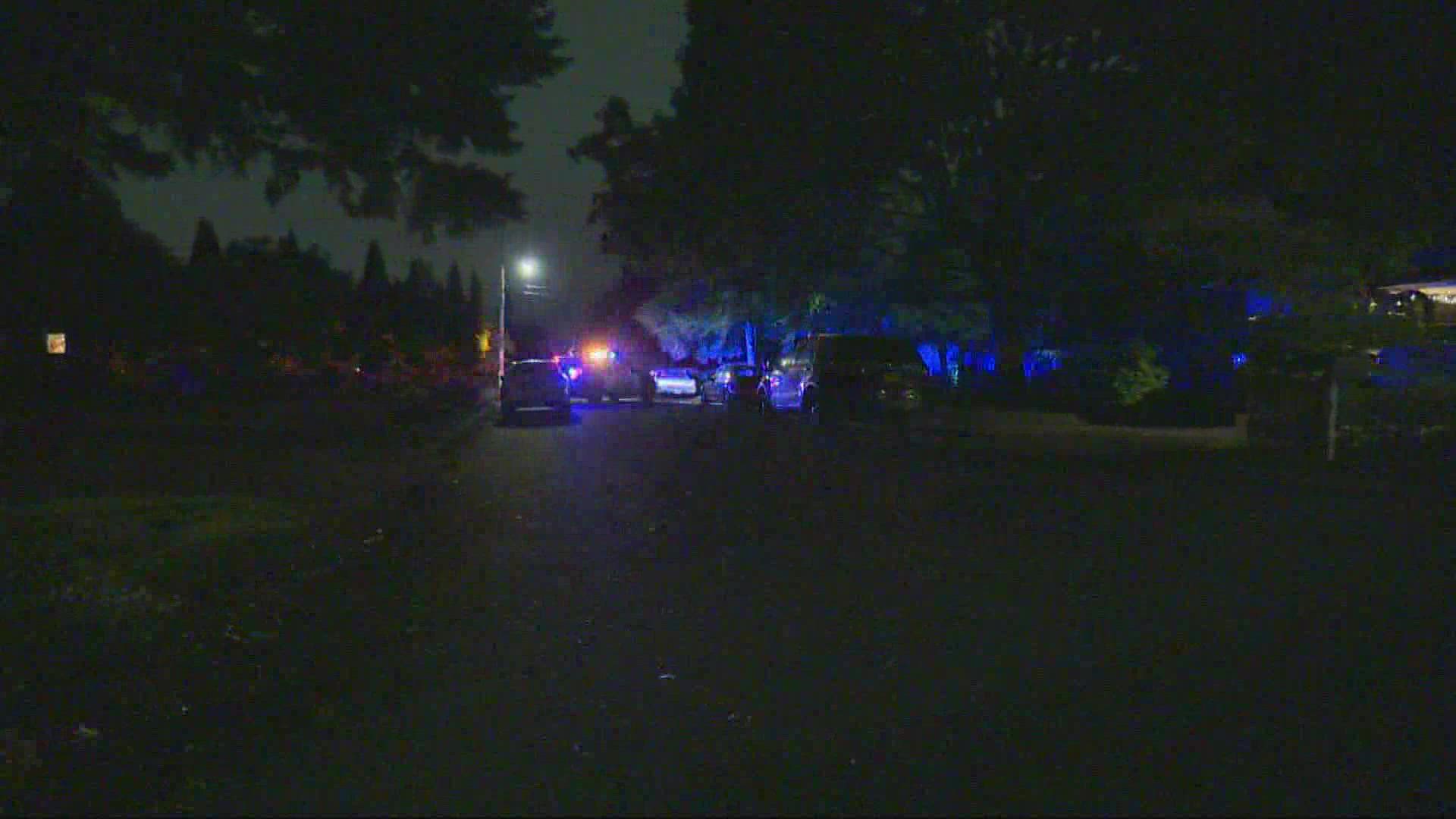 PORTLAND, Ore. — Portland police reported 13 shootings in 28 hours from Friday night to Sunday morning, as gun violence continues to surge across the city and put Portland on pace to surpass its record for deadliest year in modern history.

One person was killed in a shooting in a park in North Portland on Friday night, marking the city's 69th homicide this year. Police said officers responded to McCoy Park around 11:15 p.m. and found a man dead.

"Obviously it's terrible," said Nadine Salama who lives in Southeast Portland. "It's been really terrible."

Portland police said in a span of about three hours, five shooting calls came in to East Precinct, putting a "significant strain on resources" that left only one sergeant to process a crime scene at one shooting call; officers needed help from community members to block traffic at another, police said.

RELATED: Man dead after shooting at McCoy Park in Portland

Martin Rosario and Keylin Proby, both 20 years old, were arrested in connection to a shooting in Southeast Portland. Police said an unoccupied house in the 3200 block of Southeast 165th was hit by bullets, and officers saw a car speeding down Southeast Holgate that matched the description of a car leaving the scene. Rosario and Proby were stopped, arrested and charged with attempted murder and unlawful use of a weapon. Police said officers recovered two guns.

A number of homes and buildings that police described as unintended targets were hit by gunfire, including Harrison Park K-8 School in Southeast Portland.

"People forget these are only wooden houses and the bullets will go right through," said neighbor Mel Thompson. "Don't want to see that."

Portland's deadliest year was 1987, when 70 homicides were recorded across the city.