Gov. Brown proclaims June 19 as Juneteenth in Oregon, hopes to make it state holiday next year

The City of Portland and Multnomah County have declared Juneteenth a holiday for its workers.

PORTLAND, Ore. — Gov. Kate Brown has proclaimed June 19 as Juneteenth in Oregon and plans to introduce a bill in next year’s legislative session that would make the day, which commemorates the end of slavery in the United States, a state holiday.

The word Juneteenth is a combination of the month and date that the holiday is observed, on June 19. In 1865, two years after President Lincoln signed the Emancipation Proclamation, the previously enslaved people of Texas were liberated on June 19. Texas was the westernmost slave state in the country at the time

RELATED: Honoring the 'Mother of Juneteenth' in Portland, Clara Peoples

“This year, celebrating Black freedom and achievement on Juneteenth is more important than ever as people across Oregon, the United States, and around the world protest systemic racism and unequivocally show that Black Lives Matter," said Brown.

“I know this is a small, yet important step. I encourage all Oregonians to join me in observing Juneteenth by getting educated on systemic racism in this country and getting involved in the fight for racial justice,” she said.

The City of Portland and Multnomah County have declared Juneteenth a holiday for its workers.

Below is a list of Juneteenth events taking place in Portland metro area Friday and Saturday:

1 / 7
KGW
"I have a dream that one day this nation will rise up and live out the true meaning of its creed: ‘We hold these truths to be self-evident, that all men are created equal'". --Dr. Martin Luther King Jr. 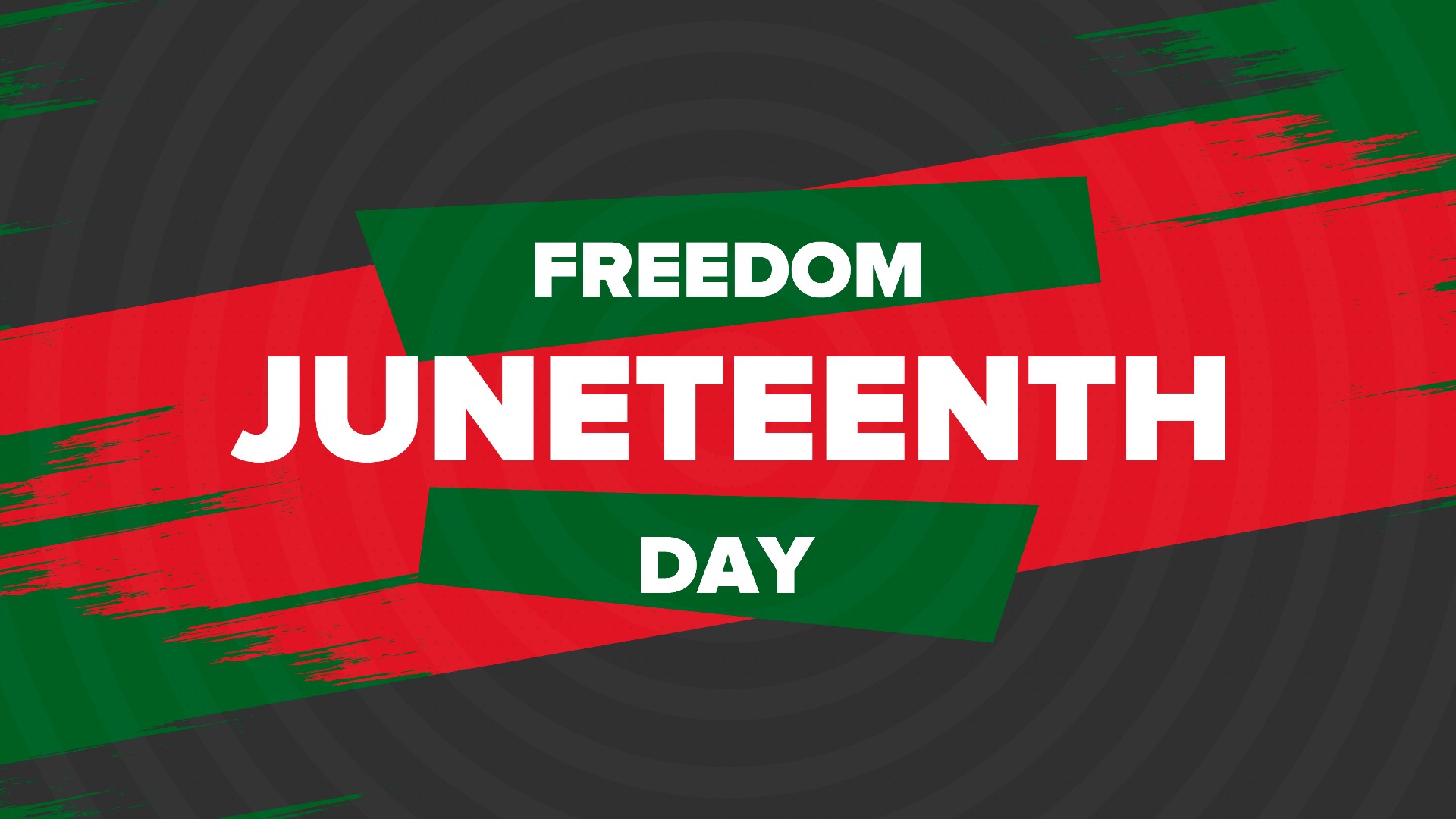 RELATED: What is Juneteenth? Marking the end of slavery in America