The party has filed a lawsuit in Marion County over the statement. 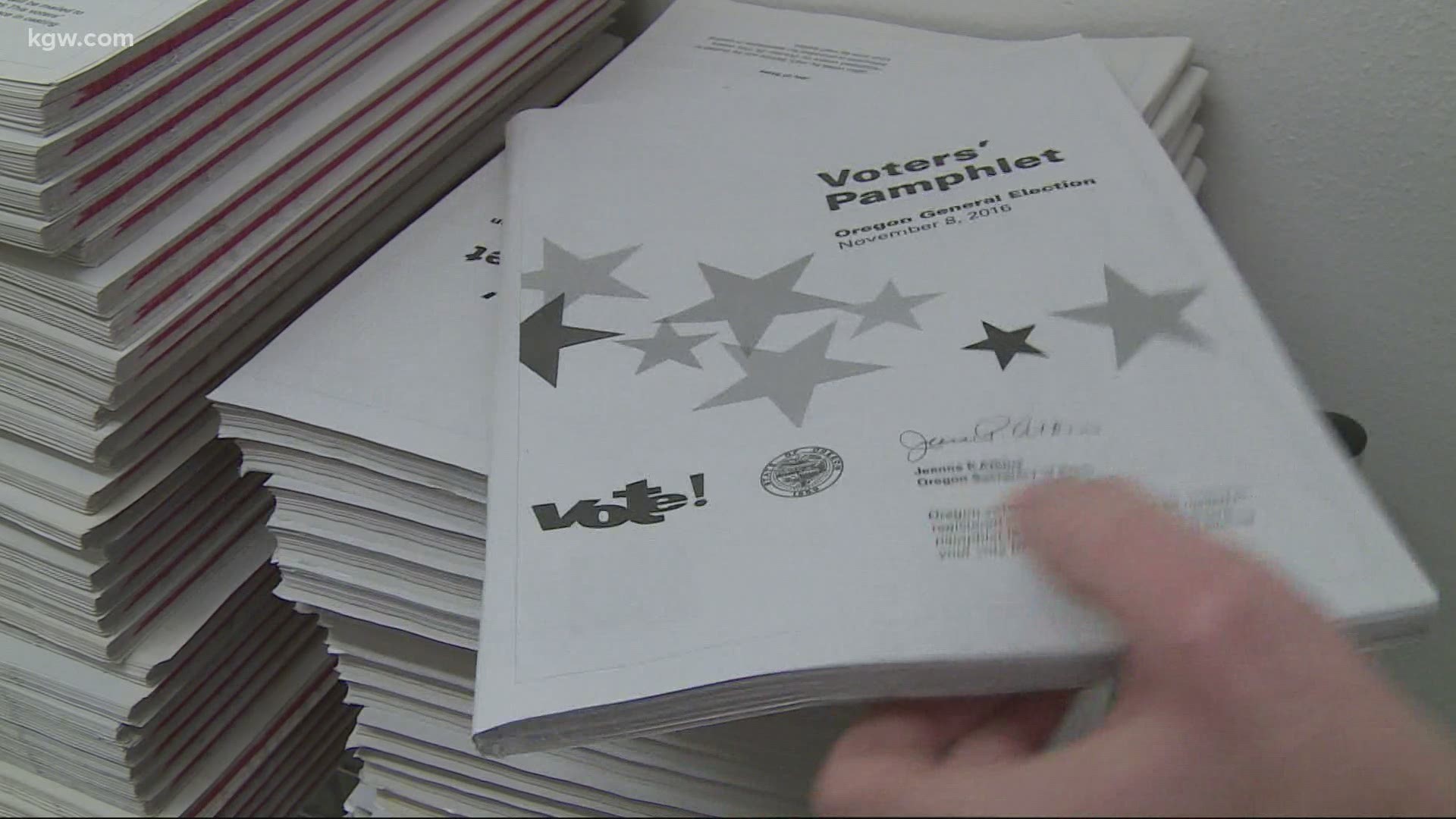 SALEM, Ore. — The Oregon Republican Party’s statement for the state voters’ pamphlet arrived 29 seconds too late and won’t appear in the guide mailed to voters for the November election, officials say.

Laura Fosmire, a spokeswoman for Secretary of State Bev Clarno, said deadlines apply equally to everyone.

“Anyone wishing to submit information to the Voters’ Pamphlet has several weeks to do so and we recommend avoiding waiting until the last minute for this reason,” she said in a statement.

KGW confirmed Oregon Public Broadcasting's reports that Kevin Hoar, the communications director for the state GOP, insists the party did get its statement into an online filing system by 4:59 p.m. on Aug. 25, the final day for filing.

He said the party filed a lawsuit in Marion County demanding that the statement be included in the voters’ guide before it goes to print later this month.

“We can’t quite explain the interpretation and decision here” by state elections officials, Hoar said.

State Republican Chairman Bill Currier said the failure to include his party’s statement from the voting guide “reeks of partisan discrimination.”

He added, “If a bureaucrat in some decision-making role simply didn’t like what our statement said, this doesn’t give them the right to silence us.”

Clarno, the secretary of state, is the only Oregon Republican in statewide office. A former Oregon House speaker from Deschutes County, she was appointed to the job by Democratic Gov. Kate Brown to serve the rest of the term after Secretary of State Dennis Richardson died in 2019.

The statement submitted by the Republican Party was headlined “Had enough? Vote Republican!” It attacked Democratic leadership in Oregon on issues ranging from “Unrestrained rioting” in Portland to mismanagement of the pandemic resulting in “catastrophic small business losses.”

Hoar also said that Currier was locked out of the online filing system for several hours, delaying the party’s ability to file its statement.

Fosmire said there were “no problems or glitches” with the online reporting system. “(W)e simply received the statement after the filing deadline,” she said.

The Democratic Party of Oregon and six other political parties are included in the voters’ pamphlet for the Nov. 3 election.