VERIFY: Who takes over if Portland Mayor Ted Wheeler resigns?

Wheeler has said he will not be resigning from office but several viewers asked the KGW VERIFY team who would take over if the mayor did in fact step down. 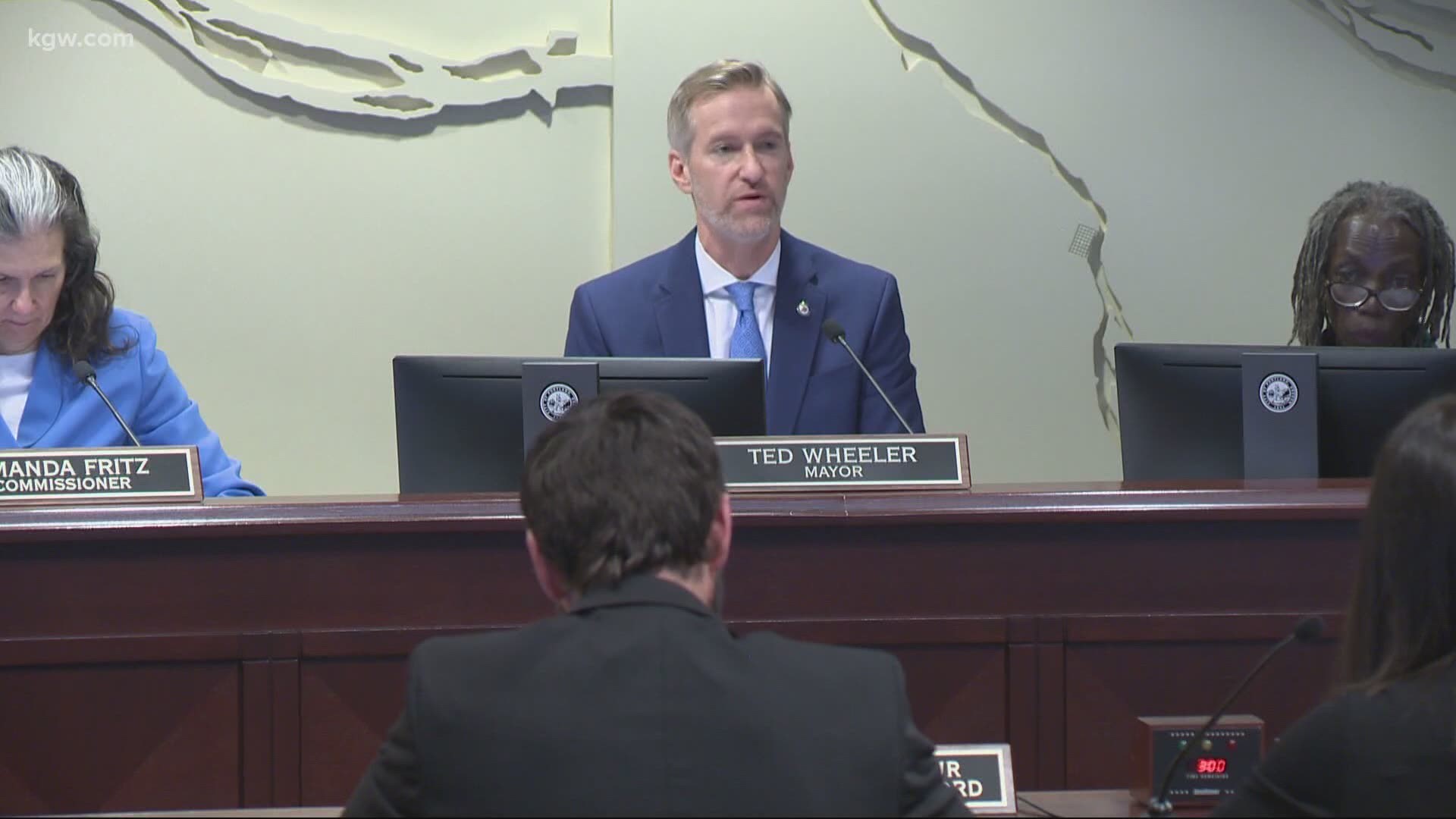 PORTLAND, Ore. — Calls for Ted Wheeler to step down as the mayor of Portland could be heard from both the right and left after last weekend's deadly shooting following a pro-Trump rally downtown.

Wheeler has said he will not be resigning from office but several viewers asked our KGW VERIFY team who would take over if the mayor did in fact step down.

According to Portland City Code, no one automatically fills the role of mayor. Instead, the city council would be required to hold special elections to nominate and elect a new mayor.

The only time another city council member would take over for the mayor is in the event of "death or crippling disability" due to a "natural disaster, calamity, accident or enemy attack."

When it comes to when that special election would be and how it would be impacted by the upcoming Nov 3, 2020, general election, Deborah Scroggin, election officer for the City of Portland, said again, that would be up to the city council.

Generally, when there's a vacancy, City Council must vote on a resolution to call for a special election to fill the remainder of the term for whichever office is vacant, unless Council sees reasonable cause for delay. There are some exceptions listed, as outlined in Section 2-206 (b).

It would be up to Council on how to act in this situation, given factors such as expenses and time-consuming logistics for special elections, the potential for public confusion, and the ending of the current mayor's term on Dec. 31, 2020. It is too late to add or remove any items or candidates appearing on Portland's ballot for the November 3, General Election, and that election is not for the current term but for the upcoming one. In terms of a special election to fill this vacancy prior to the end of the year but following the General, our office does not like to delve into hypotheticals in such complex situations. However, it is notable that given the upcoming end of the mayor's term, Council may wish to delay any type of additional election and leave the vacancy open for the short period of time until a new mayor takes office. There is no automatic appointment process in this situation.

The upcoming General election would not be able to serve as anything more than a run-off between two candidates listed for the mayoral term beginning on January 1. Note that a write-in option is always available for every office, regardless of the election.  As of now, the winner of the election for mayor will take office for a term beginning January 1, 2021.

Do you have a question you want us to verify? Let us know. Email us at Verify@kgw.com