Reed College professor Paul Gronke said states are ready for the election. It's just the sheer volume of mail-in ballots that may keep us waiting on the results. 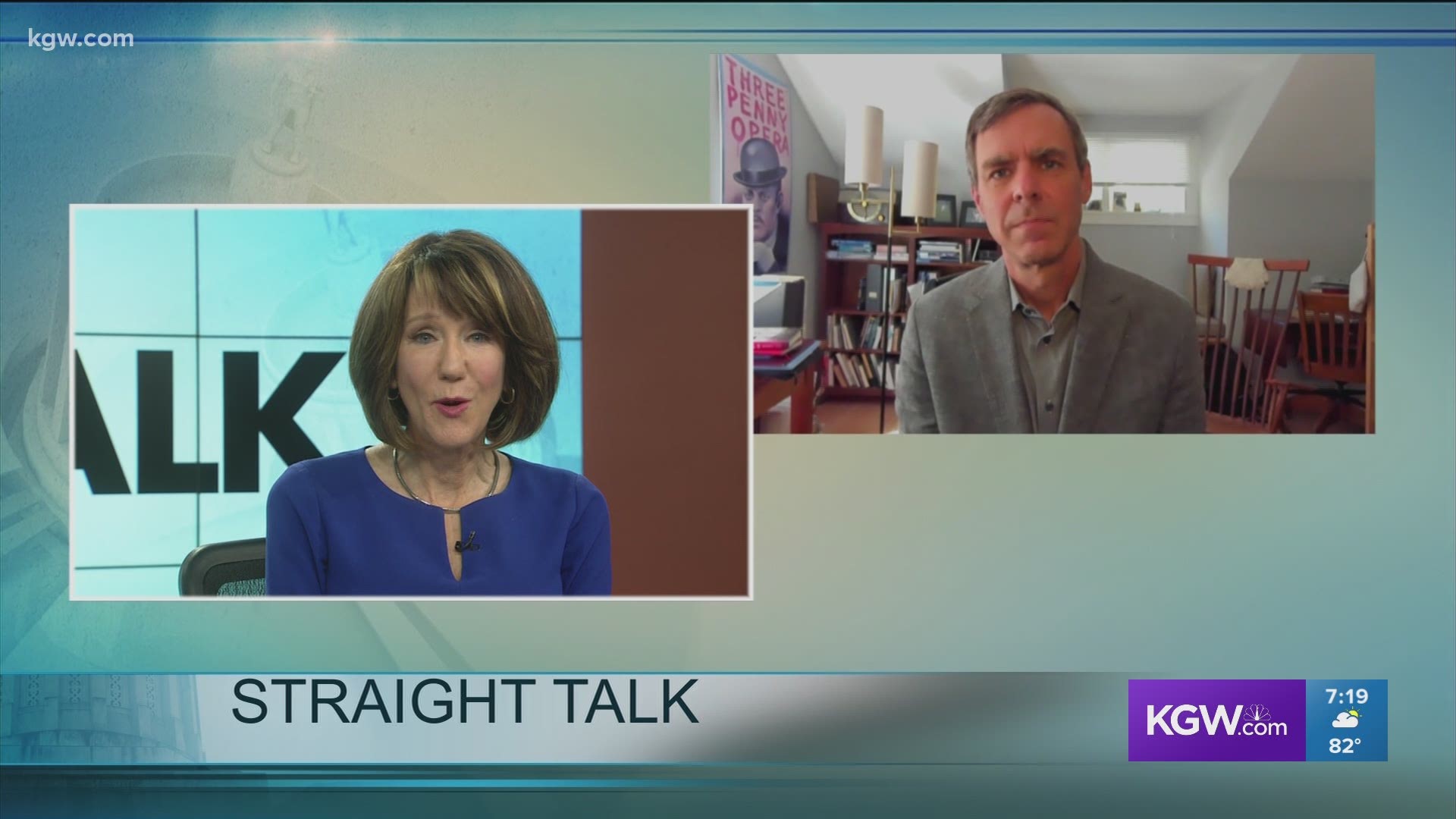 PORTLAND, Ore. — Election night 2020 is less than two months away and it's shaping up to be an election unlike any we've seen. Because of the pandemic, many voters are reluctant to vote in person and states are scrambling to adjust to a dramatic increase in mail-in votes and absentee ballots.

Reed College professor Paul Gronke said in the primaries, states like Wisconsin, Pennsylvania, and Georgia saw the number of citizens who chose to vote by absentee ballot increase tenfold.

"So, a state that would typically receive 5% to 10% of ballots by mail will be receiving half of its ballots by mail. That's been the real challenge to adjust the system to the dramatic increases," he said.

He predicted a long wait for results on election night. (Story continues below)

Gronke has been studying elections and early voting for years. In 2004, he established the Early Voting Information Center, a non-partisan policy research center. He also was recently awarded an Andrew Carnegie fellowship. He said the fellowship will allow him to continue his research into the integrity of democratic institutions at a vital moment of rapid political and social change.

On Straight Talk this week, Gronke said most states have been working since January to prepare for the Nov. 3 election. There are a number of states that have a law in place that does not allow them to process ballots until Election Day.

In Oregon, where vote-by-mail has been the law since 2000, the system is old hat, and votes are processed ahead of time. They're not counted, but the outside envelope is removed and they're verified, so they can be counted quickly.

"In the Oregon primary in May, we did things the way we've always done them, and it worked quite well." he said.

However, in several states, including presidential battleground grounds of Michigan and Pennsylvania, election officials can't begin processing mail-in ballots until Election Day. And in three states, they can't get started until polls close.

That, Gronke said, may slow things down.

"There are a number of states where there are attempts to have legislative action to change the rules and laws," he said.

The hold-up on election night

But, overall, Gronke said states are ready. It's just the sheer volume of ballots that may keep us waiting on election night.

"The concerns are some of the states, like Michigan, Pennsylvania, and Wisconsin, for example, have so many vote-by-mail ballots that they won't have processed them yet. So, we'll have early returns that won't be complete," he said.

Then, Gronke said, additional ballots will be counted and the totals will change.

"The worry is victory will be claimed by one or the other candidate and that victory claim or speech will be based on incomplete results. And when the results change, there will be claims of malfeasance," he said. "It's not really malfeasance, at all. Folks who vote absentee or vote-by-mail are different than Election Day voters, and we need to calm down for a couple days."

President Trump has claimed vote-by-mail is a recipe for fraud. During his nomination acceptance speech at the Republican National Convention, he said Democrats are trying to steal the election.

"80 million mail-in ballots that they're working on, sending them out to people that didn't ask for them. They didn't ask, they just get them. And it's not fair and it's not right. What they're doing is using COVID to steal an election," Trump said.

Gronke said what the president said is misleading. He agreed there are 80 million mail-in ballots. That's Gronke's own estimate. He said the president's remarks are an attempt to sew confusion and distrust in the system.

"It's simply not true to say 80 million ballots will be sent out to people who have not requested them. That's just false. And there's no evidence of widespread voter fraud with respect to vote by mail ballots," he said.

When will we know election results?

Gronke said it's highly unlikely at 8 p.m. on election night we're going to know who will be president for the next four years.

"We need to sit back, calm down, and just wait a few days if we can," he said.