As part of a budget adjustment, Commissioners Jo Ann Hardesty and Chloe Eudaly are expected to push for the reduction with money going to housing and COVID-relief. 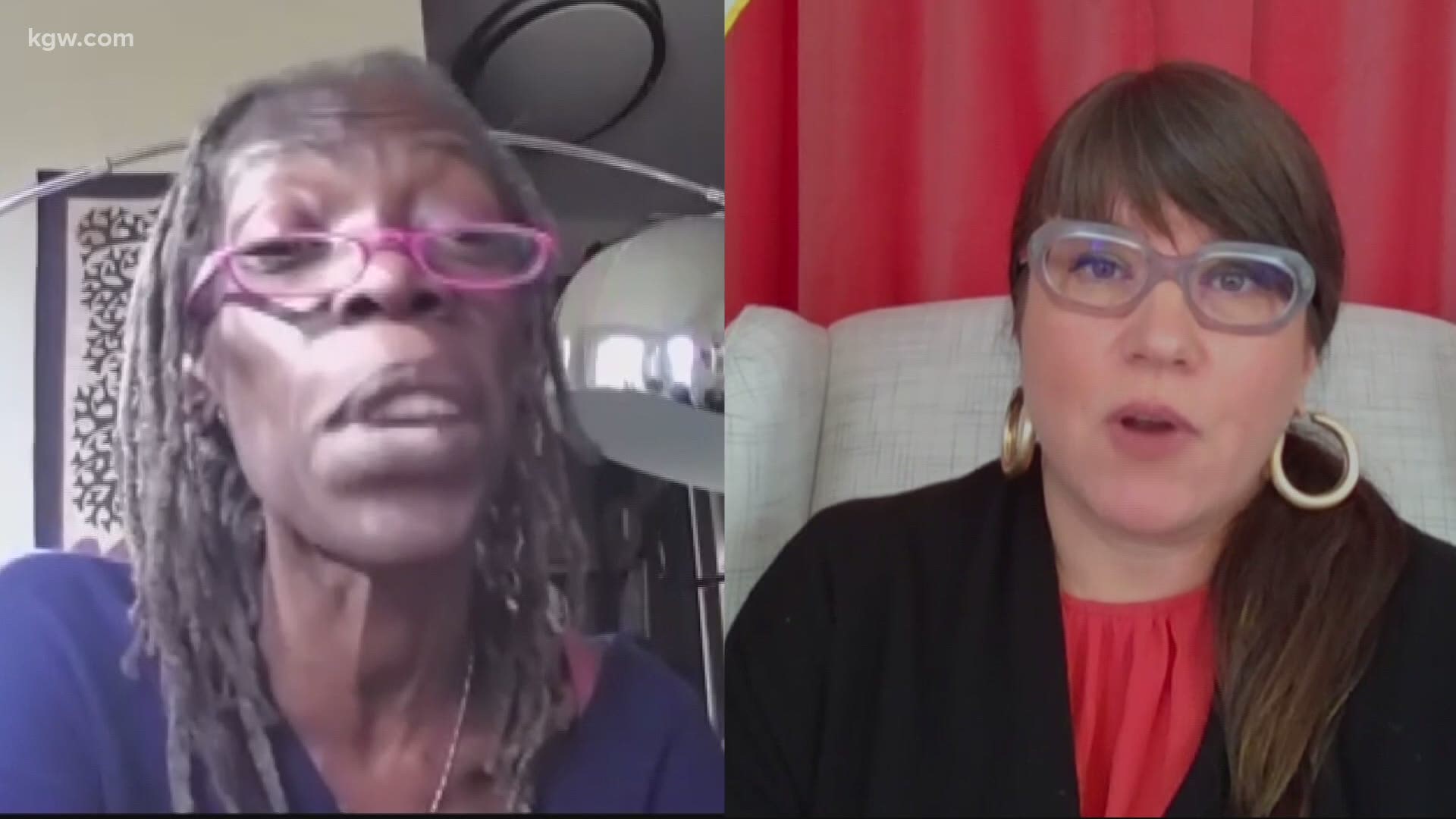 PORTLAND, Ore — Months after slashing $15 million from the Portland Police Bureau’s budget and amid a historic spike in shootings and violent crime, city commissioners Wednesday will consider another historic cut: $18 million.

As part of an overall Fall budget adjustment, Commissioners Jo Ann Hardesty and Chloe Eudaly are expected to push for the reduction, with the money instead going toward housing and COVID-relief, including allocating $7.5 million to the Housing Bureau to help people facing evictions amid the pandemic. Another $7.4 million would go toward emergency food assistance.

Neither Hardesty nor Eudaly were available for interviews Tuesday.

Staff from Hardesty’s office confirmed she’s officially proposing the overall cut and re-allocation of $18,022,101 from PPB’s budget, but she’s not formally calling on the city to make those cuts by eliminating specific teams or positions.

That decision, a spokesperson said, will be up to Mayor and Police Commissioner Ted Wheeler.

In a recent memo to her fellow commissioners, she gave a list of suggestions as to where the money could be found.

On that list, she suggested eliminating 42 positions vacated by officers who retired in August. She estimated that would save around $7 million.

She also wants PPB to eliminate a combined $1.2 million in funding for the Special Emergency Response Team, or SERT, and the Rapid Response Team.

The latter is a key component in the Bureau's response to protests which have continued almost nightly for months.

In that memo, Hardesty wrote, “I believe there is a different way forward from where we have been. A Portland where a reduced police force is focused solely on solving crime, where crime is addressed through a public health lens, and where we make reinvestments in community and police alternatives."

At a press conference Monday, Mayor Ted Wheeler refused to endorse her cuts.

“We still have a lot of questions about virtually all of [the cuts],” Mayor Wheeler said. “Number one, what would be the impact on public safety if the reduction was taken? And number two, how did they get the numbers? I'm not sure that all of those are necessarily accurate.”

His opponent in next week's election, Sarah Iannarone, enthusiastically endorses the cuts, especially if it means pulling police back from protests.

“Just in June, [the Bureau had] $4 million in police overtime. We're going to be millions of dollars over budget in terms of police staffing this year through … bad management,” she said.

Commissioners will have time to weigh their options.

A final vote on the supplemental Fall budget won't take place until next week.